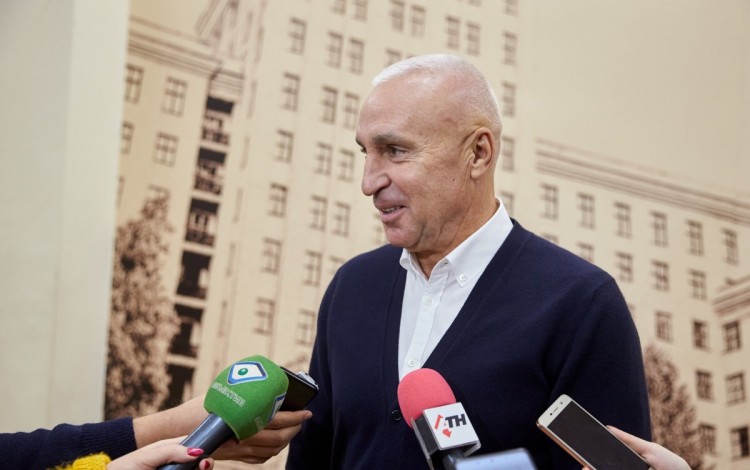 Oleksandr Yaroslavsky has congratulated his hometown Karazin National University as the Kharkiv institute of higher education marked its 215th anniversary. The event was marked by an Assembly of Academic Councils attended by Karazin University academics and officials along with students and local dignitaries including Kharkiv Mayor Gennady Kernes and Kharkiv Regional Governor Oleksiy Kucher.

DCH Group president Yaroslavsky led the congratulations from the business community. Yaroslavsky holds an honorary doctorate from Karazin University and has also provided financial support to a number of university initiatives. Speaking during anniversary events, he said he was “ready to continue spending to help solve the challenges facing the university.”

Yaroslavsky also conveyed congratulations from Chinese tech billionaire Jack Ma, who visited the university in late 2019. “I was lucky enough to visit your wonderful university and have only pleasant memories of my time there. Kharkiv National University has achieved significant results in a range of fields including economics and the humanities,” stated Alibaba Group founder Ma in an anniversary address to the university.

Oleksandr Yaroslavsky is a member of Kharkiv Karazin National University’s supervisory board. In recent years, his business holding DCH Group (which includes the famous Kharkiv Tractor Plant) has signed a memorandum of strategic partnership with the university that has strengthened cooperation.

Thanks to ongoing support from Yaroslavsky, Karazin is the only institute of higher education in Ukraine with access to the electronic publications database of Oxford University Press. This support has also made it possible to erect monuments honoring famous alumni of the university including Nobel Prize winners Elie Mechnikov, Lev Landau, and Simon Kuznets, along with Ukrainian literary icon Pyotr Gulak-Artemovsky.