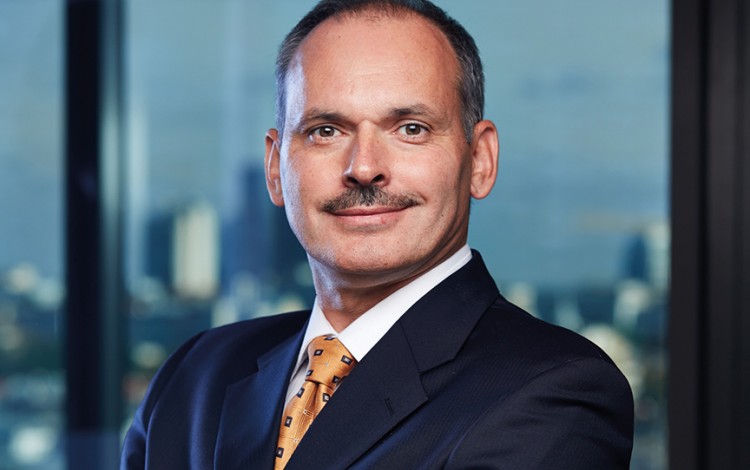 In 2016, Ukraine’s legal industry continued to adjust to a difficult political and economic environment that prevented the country’s post-Maidan recovery from genuinely taking off. Legal services providers reprioritized their work in order to reflect these challenging business realities. Traditional focuses such as M&A and real estate gave way to areas like dispute resolution, corporate and financial restructuring, and debt recovery. According to market research, turnover in the legal services sector grew annually by around 4%. This reflects the similarly modest growth of Ukraine’s macroeconomic indicators in 2016. Given the hryvnia’s dramatic devaluation over the past two years, it was impossible to expect financial results even close to pre-crisis levels.

The already bitter competition for market share within the Ukrainian legal industry increased during 2016 and looks set to grow further. The shrinking economy has forced law firms to enter into increasingly direct competition, especially in the fields of business advisory and legal consultancy. This was apparently one of the key reasons behind the decision to close down a number of Kyiv offices of international law firms including Chadbourne & Parke, Schoenherr, Gide Loyrette, and Clifford Chance.

Nevertheless, the majority of market players remain optimistic about future perspectives. Most have chosen to stay. Indeed, some particularly astute legal managers seem to have decided that this is the right moment to enter the Ukrainian market. For example, Kinstellar - a European spinoff of global heavyweight Linklaters, opened a Kyiv office in the middle of 2016. Another global legal powerhouse, Dentons, succeeded Salan’s Kyiv office just a few years earlier in what was already an uncertain time for the Ukrainian market. This pioneering approach may well pay dividends in 2017 and beyond. In the coming few years, the improving Ukrainian economy will lead to a relaxation in the currently tense market competition in the legal sector, creating a healthier environment and reducing the moral and ethical concerns created by the need to survive.

Global legal practice trends are also increasingly evident in Ukraine, albeit with a slight delay. These trends include growing rivalry from the Big Four consultancies and in-house legal departments, as well as the packaging of legal services together with other business-related support to create one-stop-shop products. As a result, the Ukrainian market itself is becoming more mature and capable of reaching more sophisticated solutions. Age also matters. In 2016, a large number of Ukrainian law firms celebrated their 10-year anniversaries while a few passed the 20-year threshold.

Unfortunately, 2016 did not witness game-changing progress in the implementation of badly needed and broadly discussed Ukrainian reforms. This does not mean reforms did not take place at all. Major undertakings included initiating the reform of the judiciary. These ambitious plans came alongside smaller changes such as the strengthening of minority investor protections. However, this progress has been neither systematic nor consistent. Consequently, Ukraine failed to improve significantly on its position in the World Bank’s annual Doing Business survey, where it currently languishes in eightieth position.

Despite widespread complaints over the shortcomings of Ukraine’s reform program, most international observers agree that the country is broadly moving in the right direction. During her opening speech  at the International Bar Association Annual Conference in Washington DC in September 2016, International Monetary Fund Managing Director Christine Lagarde offered words of encouragement to the Ukrainian government and legal community. Her message was simple: you are on the right track. Keep going, increase the pace, and be consistent.

One of the most encouraging developments of 2016 was the appearance of new governmental anticorruption agencies. This has been widely interpreted as a big step towards transparency and a move away from the entrenched practices of corruption within the existing bureaucracy. However, a lack of internal coordination governing the work of these agencies, together with question marks over the ability of these new agencies to make significant progress, have raised concerns in society and led many to conclude that victory in the “war on corruption” will not be possible in the near future. This skepticism has strengthened following revelations contained in the e-declarations completed by tens of thousands of elected officials and government employees in late 2016. These groundbreaking documents revealed staggering levels of unexplained wealth that are without parallel in the rest of the developed world.

We can expect further shocks to the Ukrainian business environment in 2017, with key initiatives including the new electricity law, amendments to taxation law, and the transformation of existing infrastructural monopolies. Deregulation of the economy should become more efficient and will simplify business practices in Ukraine. Unfortunately, past Ukrainian experience teaches us that intensions and implementation do not always match. Legal support is particularly necessary in times of change, as frequent and often inconsistent changes to Ukrainian law and related regulatory practices make business more difficult and legal advice more valuable. This is likely to be the case in the coming year.

As well as helping businesses to navigate the fast-changing Ukrainian legislative and regulatory environment, in 2017 law firms and legal professionals will also continue to make a disproportionate contribution to the development of the new Ukraine. The legal services market will provide many of the professionals entering the three branches of the Ukrainian government, although this may not be at quite the same high levels as during the years immediately following the 2014 Revolution of Dignity. In 2017, the new structure of the Supreme Court will take shape on a competitive basis. For the first time, legal practitioners will have a unique chance to join the top ranks of the judiciary, thus theoretically re-establishing the legal and moral principles underpinning the practice of law in Ukraine for many years to come. Similar legal sector involvement will be evident as other government agencies seek to refresh personnel and implement reforms. This process has been ongoing since 2014 and has so far produced somewhat ambiguous results. Nevertheless, efforts to reform state structures will continue. The time for revolutionary romanticism has now given way to the primacy of professional pragmatism. This will be one of the main messages throughout the coming twelve months.

The speed and success of the reform program remains Ukraine’s 2017 priority. Far-reaching reforms must become the foundation stone for the broader transformation of Ukraine. The process has the potential to affect European integration while also improving the business environment and creating the right conditions for the rule of law. If this transformation is successful, it will inevitably attract the attention of the outside world. That will mean foreign investment, business development, a further strengthening of civil society, and general improvements in the standard of living.

Due to their professional knowledge, skills, and experience, the Ukrainian legal community has a special role to play in the process. We should view ourselves as the “last bastion” in the battle for Ukrainian reforms. The objective is simple yet challenging – to hold the reformist frontline for as long as necessary before launching a final victorious offensive to establish credible rule of law for all. We must not allow the disappointments and frustrations of the past few years to undermine our will to help facilitate improvements and support the development of the country. The coming year will be another pivotal twelve months in Ukrainian history. Members of the country’s legal profession have a crucial role to play.