FUTURE AGRI-TECH EMPIRE: Why Ukrainian agricultural wealth and IT knowhow are a match made in heaven 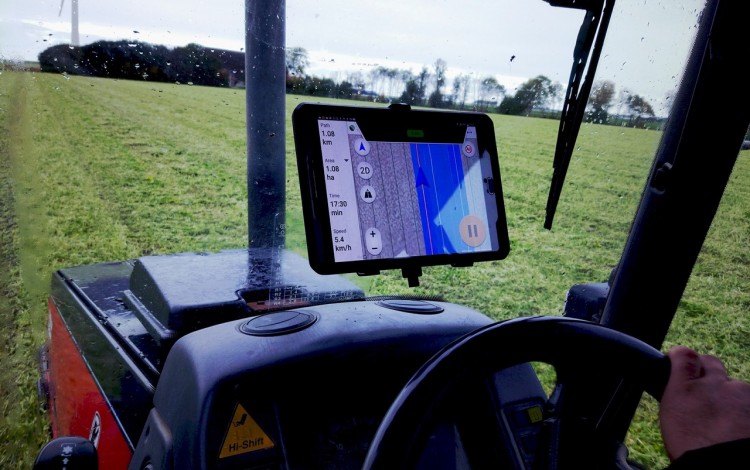 Ukraine is currently emerging as a global argicultural superpower. The country's unrivalled natural fertility would be further enhanced if the agribusiness industry harnessed the innovation advantages of Ukraine's booming IT sector
Tom O’Callaghan

According to a recent report produced by AgThentic, USD 9.65 billion has been invested in agri-tech start-ups worldwide since 2013, with over USD 4.6 billion invested in the past year alone. With some of the best farmland in the world, Ukraine has a land bank capable of feeding 500 million people. Ukraine is also recognized internationally for its technical human capital, boasting the fourth largest pool of IT specialists in the world. Accordingly, Ukraine is an ideal position to champion the development of disruptive agri-tech solutions, based on two well-acknowledged Ukrainian strengths: agriculture and IT.

Ukraine is fast gaining a reputation as a global agriculture superpower. This year the country is on track for another record harvest of over 60 million tonnes of grain and 17 million tonnes of oilseeds. Ukraine is now the number one global producer of sunflower seeds and oil, number two global exporter of grains, number three global exporter of corn and producer of barley, number four global exporter of barley, and number five global producer of corn. There is every reason to believe this strong performance will continue. Ukraine has one-third of the world’s fertile black earth “chernozem” soils and 32 million hectares of arable land. Compare this figure with the total EU-28 arable land bank of 105 million hectares.

Even though Ukraine’s agriculture sector is booming, it is far from reaching its full potential. Ukrainian cereal yields per hectare stand at 80% of European Union averages and just 58% when compared to cereal yields in the USA.

Ukrainian agriculture growth faces a number of key economic impediments. The main hurdle for farmers is access to credit. The lack of a functioning banking and leasing apparatus in Ukraine makes financing capital expenditure challenging. Between 2011-2013, Ukraine imported on average USD 618 million of agriculture equipment per annum. For 2014 and 2015, this figure halved to USD 308 million annually. However, agriculture equipment spare part imports reached record levels in 2015. This indicates a pent up demand for technological investment in the sector. Ukrainian farmers also receive little or no subsidies when compared to their EU counterparts. If Ukrainian farmers were to receive the same level of direct support enjoyed by German or French farmers, it would inject an extra USD 10 billion cash per annum into the Ukrainian arable farming sector.

Ukraine can produce crops with unrivalled cost efficiency. Nevertheless, the price paid for grain loaded in Odesa is a world market price. Grain logistics costs in Ukraine average 40% higher than those in Germany and France, and 30% higher than the USA. This results in a smaller share of the world market price remaining with agricultural producers. To put these higher supply chain costs in perspective, if Ukraine could match the USA in Farm Gate Prices vs World Prices, it would have resulted in an added farm gate value for wheat and corn of USD 1.4 billion in 2015. All of these factors create a greater impetus on planning and management within the sector, thereby enhancing the need for more timely information, analytical tools, and management systems.

Ukraine should seek inspiration from other success stories globally where countries and regions have carved out their own technological niches on world markets. For example, eight of the world’s top 10 medical devices companies are located in Ireland, employing over 20,000 people and generating sales exceeding USD 6.5 billion annually. With a population of less than 100,000 people, the Galway region in Ireland is now Europe’s premier cluster of medical device companies. In Germany, the concept of clustering the chemical industry around 35 dedicated chemical parks helps make Germany the number one chemicals producer in Europe with over 25% of market share and USD 180 billion in export sales. In southeast Poland, an aerospace cluster in the so-called “Aviation Valley Cluster” has grown from 18 member companies in 2003 to 152 today, with employment growing from 9,000 to 24,000 people, including many high-skilled jobs.

Ukraine should aim to advance the same goals through the promotion of an agri-tech cluster. Such an ecosystem would help advance the adoption of technical solutions, knowhow and services throughout the Ukrainian agriculture industry. It would also enhance the creation and commercialisation of early stage start-ups in agri-technology with the support of a dedicated seed-fund. It could help develop and incubate disruptive technologies through agri-tech incubators in universities.

Ukraine is arguably the best country in the world to develop such an agri-tech cluster. Ukrainian farmers receive little or no subsidies. This creates a stronger economic need for Ukrainian farmers to adopt technological solutions that help advance productivity and efficiency on their farms. Ukraine has both the scale and capacity to develop solutions at a faster pace than others. With large farms needing to improve efficiency quickly, Ukrainians can test new solutions in numerous locations rapidly, thereby shortening the time from concept to commercialization. Ukraine also has the human capacity for such a bold undertaking. It has the fourth largest pool of ICT experts in the world, and despite having less than 1% of the world’s population, Ukraine boasts 6% of the world’s physicists, mathematicians and computational scientists.

Working to create technology for agriculture may not sound all too stimulating for some. However, this may be shortsighted. At a time when leading technology companies like Google gain plaudits for developing self-driving cars, it is worth noting that farm tractor auto-steering and self-guidance technology is already in use today on farms in over 100 countries worldwide. In general, agriculture is a lot more technologically advanced than one might expect. The timing and conditions are now right for Ukrainian entrepreneurs to advance this development further.

About the author: Tom O’Callaghan is a Director of Borsch Ventures (www.borschventures.com) responsible for Ag-Tech