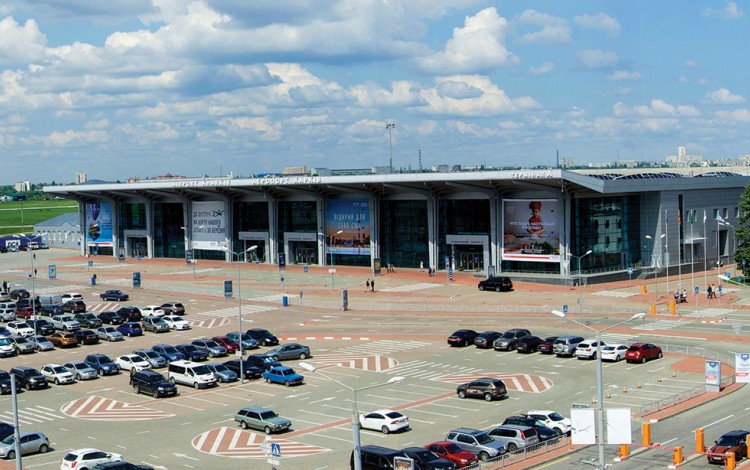 Ukraine’s air travel industry is currently experiencing a period of un-precedented growth and Kharkiv International Airport is at the cutting edge of this upward trend. For the past two years, the airport has broken record after record as passenger traffic soars and new flight services continue to appear on the departure board.

The figures speak for themselves and illustrate why previously unfashionable Ukraine is fast winning a reputation as one of the most attractive markets in the European aviation industry. In the first eight months of 2018, Kharkiv International Airport saw passenger numbers increase from 2017’s January-August total of 537,700 up to 639,400, representing a year-on-year rise of 19%. Over the same period, the airport witnessed a 16% increase in international services from 1827 to 2124 flights. Meanwhile, June 2018 saw a new monthly record established with 114,600 passengers passing through the airport.

The foundations for this spectacular growth can be traced all the way back to almost a decade ago when the airport underwent fundamental reconstruction as part of Kharkiv’s preparations to serve as a host city during UEFA’s Euro 2012 football championship. When European football’s governing body first looked to determine which Ukrainian locations would serve as Euro 2012 hubs, Kharkiv was not originally on the priority shortlist of potential host cities. However, UEFA officials were eventually convinced to pick Kharkiv ahead of Ukrainian rivals such as Dnipro and Odesa due to the ambitious investment agenda put forward by Oleksandr Yaroslavsky in order to prepare the city for the championship.

The redevelopment of Kharkiv International Airport was one of the centerpieces of these preparations, with Yaroslavsky investing a reported USD 110 million into the construction of new terminal facilities and related infrastructure while the Ukrainian authorities took on the airfield upgrade. When it was unveiled in 2010, the new-look Kharkiv International Airport represented a quantum leap forward for Ukraine’s regional airports, most of which remained trapped firmly in the Soviet era at that time.

The planners behind the makeover of Kharkiv’s air hub made sure that the new-look airport retained the architectural authenticity of its Soviet heritage, with the original terminal building incorporated into a twenty-first century redesign. Built in the 1950s and considered a classic of its era, the elegant and iconic facade of Kharkiv’s Soviet era terminal building remains central to the airport ensemble today. While the period charm of the exterior is still much as it was half a century ago, the interior of the building has undergone a complete reconstruction and modernization. It now serves as a VIP facility for important guests, visiting delegations and airline crews.

Following its transformation, Kharkiv International Airport played a crucial role in the success of Kharkiv’s Euro 2012 host city duties and continued to experience robust growth in flight and passenger numbers until 2014, when Kharkiv’s location on the geopolitical frontlines led to a sharp and inevitable decline in airport traffic. The airport’s subsequent recovery has often bordered on the remarkable. Annual passenger growth figures for 2016 were close to 60%, earning the airport a place among Europe’s best performers from Airports Council International Europe (ACI Europe).

The impressive performance of Kharkiv International Airport in recent years reflects the steadily improving economic climate in the wider Kharkiv region and throughout eastern Ukraine. Kharkiv’s airport serves as the principle gateway for the entire east of the country and has a catchment area population that is by many estimates over ten million in size. As real incomes and spending power continue to rise throughout eastern Ukraine, this improving economic environment is visible in the climbing passenger stats at the airport.

In order to serve more passengers, an airport must have more flights. In this respect, Kharkiv International Airport has been among Ukraine’s market leaders in recent years. The eastern Ukrainian air hub continues to attract new airlines and to announce new routes as carriers seek to tap into what is an increasingly lucrative regional market that is the equivalent to a medium-sized European country.