One year on: exploring what the nationalization of PrivatBank means for the future of Ukraine’s banking sector 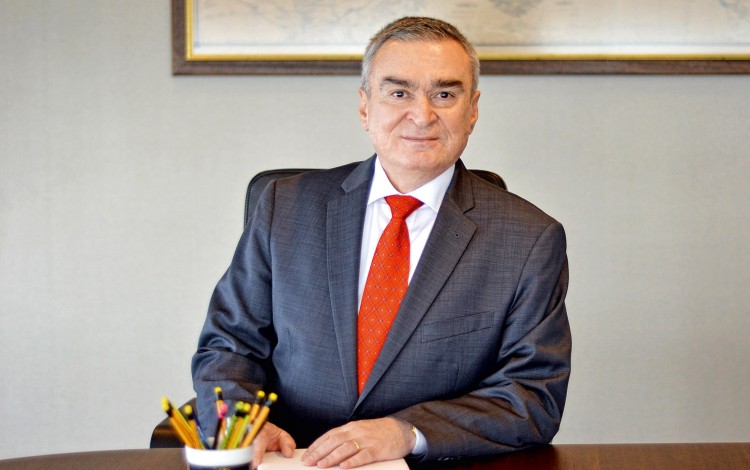 About the interviewee: Engin Akcakoca is the Chairman of the Supervisory Board at PrivatBank
Business Ukraine magazine

The December 2016 nationalization of Ukraine’s largest commercial bank PrivatBank was one of the biggest business stories to emerge from the country since the 2014 Revolution of Dignity. Veteran Turkish banker Engin Akcakoca subsequently accepted an invitation from the Minister of Finance to Chair the PrivatBank Supervisory Board, which sets policies and strategies for the bank. Mr. Akcakoca is no stranger to Ukraine, having visited the country on numerous occasions while representing the IMF in 2009-2013. He spoke to Business Ukraine magazine about the prospects for the re-privatization of PrivatBank and the challenges of reducing the Ukrainian state’s stake in the country’s banking sector.

The Ukrainian state’s large stake in the country’s banking industry has raised eyebrows, while government officials often speak of the need to reduce this stake. What kind of timeframe can you envisage for the re-privatization of PrivatBank?

As a result of the PrivatBank nationalization, the state’s share in banking assets, deposits and loans rose to 56%, 53% and 38% respectively (prior to PrivatBank’s nationalization the figures had been 34%, 35% and 26%). State Owned Banks (SOBs) now own 60% of total branches and 75% of ATMs and active payment cards. This large state presence is unlikely to aid the development of the Ukrainian banking sector because such dominance will not leave enough room for the growth of private banks and will not assist the development of fair competition.

However, all stakeholders, including the state itself, have recognized the potential dangers of this dominance. Privatizing Ukraine’s SOBs is currently one of the key strategic targets of the state. The first concrete step taken on the path towards implementing this strategy was the appointment of an independent Supervisory Board for PrivatBank. The second important step is the preparation of a draft SOB law, introducing internationally accepted governance principles into the management of SOBs that will help to attract future foreign investors.

For me, the privatization of PrivatBank means 100% private ownership. However, I do not think that there will be any takeover demand from local or foreign investors in the next five years. Therefore, in the short term the full privatization of PrivatBank is probably not realistic. However, some IFIs may acquire minority stakes in the bank, which would naturally be an improvement on the current situation.

The PrivatBank nationalization process has sparked widespread public debate with attention focusing on an estimated 97% of corporate loans to related parties resulting in losses totaling billions of dollars. Can Ukraine realistically hope to return any of this money?

All I can say is that some collection has been possible in similar cases in other countries in the past. There should be no reason to think otherwise for Ukraine.

Prior to nationalization, many saw PrivatBank as “too big to fail”. Is there an argument for reducing the footprint of the bank or breaking it down into smaller component parts in order to manage this perceived risk?

I think the state should consider every strategic option for PrivatBank while formulating its future involvement in the banking sector. The ultimate targets should be minimal losses for the public, rapid and easy privatization, fairness to the rest of the banking sector, and the prevention of systemic risks in the market. I think the footprint of any “too big to fail” bank in any country deserves to be reduced by either splitting it, or subjecting it to purchase and assumption transactions, or by its piecemeal sale, provided that these measures are implemented at the right time.

As Chairman of the PrivatBank Supervisory Board, your responsibilities include making sure the management of the bank avoids undue influence from political interests. This has proved challenging for other foreign appointees at state-owned structures. How would you characterize your interactions thus far with government bodies?

As the Supervisory Board Chair of PrivatBank, I can say that I feel comfortable in my relations with the shareholder. I have not yet faced challenges regarding political interference. However, as long as the management of any Ukrainian SOB has two parallel reporting lines, one of which is not to the Supervisory Board, there is a danger that the influence of political and bureaucratic interests will prevail. Today, with a non-Ukrainian Supervisory Board Chair at PrivatBank, the system is trying to better approach the issue of political interference by either avoiding attempts or handling them properly. The ideal approach would be to find local professionals for these positions who could avoid political interference. For this to happen, deeply entrenched attitudes, culture and habits need to change.

The nationalization of PrivatBank was one of the most ambitious economic measures adopted by the Ukrainian government since the 2014 Revolution of Dignity. How successful was the execution of the decision to nationalize, and what lessons can be learned from the process?

There are numerous outcomes yet to be determined before we can offer any definitive judgment. However, the biggest lesson we can all learn is the same lesson other countries have learnt from their own experiences in dealing with such big failing banks: the importance of flawless coordination between the institutions authorized to intervene, own and manage the bank.

The Ukrainian banking sector has undergone far-reaching reforms since 2014. What role can PrivatBank play in the continued evolution of the sector?

I am sure PrivatBank will boost the sector with its knowledge and experience of credit cards and IT banking. I also hope that the banking sector will develop a system to share ATMs and POSs under the leadership of the NBU and the association of banks. Also, it is my ambition to make PrivatBank a force that will support the authorities’ efforts to bring the Ukrainian banking system up to international standards, including with respect to regulation and supervision.