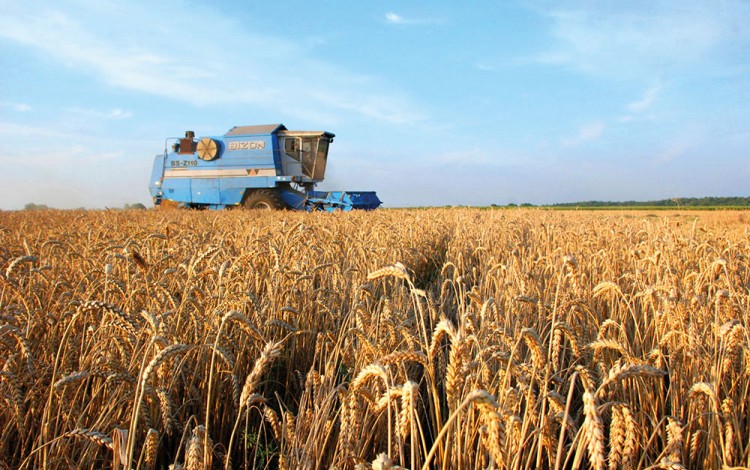 From ancient folk legends of pastoral fertility to the horrors of Stalin’s 1930s Holodomor terror famine, agricultural land has always occupied a central role in the Ukrainian national narrative. This is hardly surprising – Ukraine is the famed “Breadbasket of Europe” boasting the world’s greatest concentrations of highly sought-after Black Earth. There has traditionally been an almost mystical relationship between Ukrainians and the soil, with a broad and longstanding consensus that it is the country’s greatest asset. This makes the issue of agricultural land sales particularly emotive for millions of Ukrainians. Indeed, it has sparked far greater national debate than the less-than-transparent privatization of the country’s giant industrial enterprises. With the International Monetary Fund (IMF) calling for land sale reforms as a condition for the current cooperation package, the issue is now back at the top of the country’s political priorities and looks set to dominate the agenda in May and beyond.

In fact, many of the broader issues relating to land reform were resolved at the turn of the millennium. Changes to legislation saw land previously belonging to Soviet-era collective farms privatized and distributed among employees. However, the final stage of this process, allowing for the free market circulation of agricultural land, has remained out of reach. At present, there is a moratorium over the sale of agricultural land, which means the owners of land plots cannot sell or otherwise dispose of their land. This moratorium is set to remain in place until 1 January 2018.

In its recent memorandum with the IMF, Ukraine expressed its intention to approve the appropriate laws and complete agricultural land reforms by the end of May 2017. Despite these assurances, not everyone is convinced this will happen. Experience tells us that Ukraine does not always fulfill major obligations before the IMF and other international partners. Will the Ukrainian government keep its word this time?

At present, two rival bills (numbers 5535 and 5535-1) are set to go before the Ukrainian parliament for consideration. The key difference between them is the right of foreign entities and individuals to purchase agricultural land. While the first option would allow foreign purchases from 2030 onwards, the second version would place tough limits on the circle of potential buyers, restricting all purchases to Ukrainian citizens and companies where Ukrainians hold more than 51% of share capital. These differences cut to the very core of the emotions surrounding the agricultural land sale issue. Relatively few Ukrainians actually object to the notion of owning and selling agricultural land, but almost everyone seems upset by the idea of sales to foreigners. “Foreign people will come and take over our precious land,” is the potent rallying cry and political message of those opposing reform.

In reality, it is actually far from clear whether the issue of land sale reform will transform the agricultural sector, regardless of whether foreigners are excluded from the market or not. Following the distribution of collective farm land plots to individuals in 1999-2000, only a small number of these new landowners chose to become independent farmers and develop their own piece of Ukraine’s celebrated Black Earth. The vast majority opted to rent their land back to the same collective farms – now reorganized into commercial companies – or to reach agreement with newly established agricultural businesses.

Under the current circumstances, any individual plots of land that theoretically became available for purchase following the end of the moratorium would be of limited interest on the open market, except to the current tenants. Bearing in mind that most of these tenants have already made significant investments into long-term rental agreements, there is little reason to anticipate widespread eagerness to purchase the land. Meanwhile, the owners of the land would not be in a position to find alternative potential buyers. This does not mean that land reform would not produce any kind of land market. There is plenty of free and unburdened agricultural land in Ukraine. However, we should not expect the kind of land sales boom that some of the more optimistic analysts are now predicting.

What would be the optimal form of land reform for Ukraine’s economic development? The most advantageous approach might be one that makes the title to land negotiable. Leaseholds, freeholds and any other title to land make sense when the law allows for the sale, mortgage, or transfer of the land to a successor. Cancelling the current moratorium on the sale of agricultural land will not boost the Ukrainian agriculture sector or fuel broader economic growth if the new legislation effectively creates a new moratorium. By making the circle of potential buyers prohibitively narrow, Ukrainian MPs risk doing a disservice to the landowners they claim to be trying to protect. As any student of economics will tell you, fewer buyers means lower prices.

One solution may be changes to the laws governing leaseholds that would provide greater security and flexibility. Competition between tenants will always be better for the landowners themselves. Implementation of clear and workable laws on the transfer and mortgage of leaseholds to land could serve as an even more meaningful land reform than the cancellation of the longstanding and controversial moratorium.

We can now expect these issues to dominate the political arena throughout May and into summer 2017 as Ukrainians debate the pros and cons of efforts to put the hallowed Black Earth of Ukraine up for sale.

About the author: Andrey Selyutin is a Partner at Arzinger Law Office