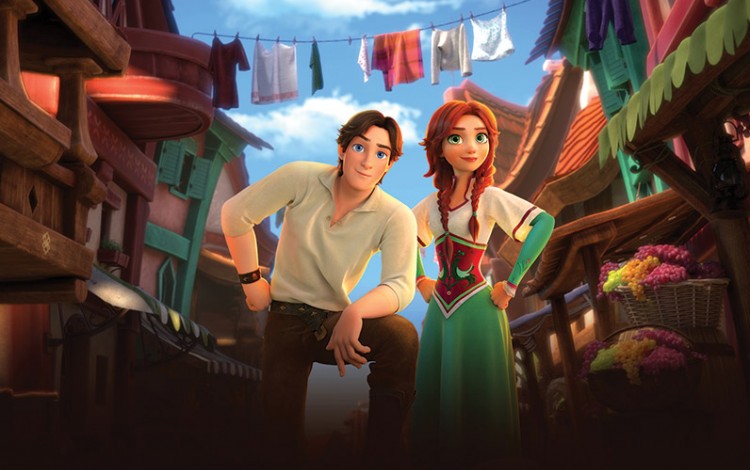 “The Stolen Princess” is a traditional fantasy love story based on Pushkin’s fairytale “Ruslan and Lyudmila”. It premiered in Ukraine in March 2018 and immediately broke Ukrainian box office records
Business Ukraine magazine

Ukrainian animation blockbuster “The Stolen Princess” has generated around USD 5 million in global box office revenues since its spring 2018 release, making it by far Ukraine’s most successful ever feature-length animated film and representing a major breakthrough in the country’s efforts to develop an internationally competitive animation industry.

The movie’s producer Egor Olesov made the USD 5 million figure public during an appearance at a 19 September media forum in Kyiv. He said the process of selling the rights for “The Stolen Princess” to more than fifty countries worldwide had been a steep learning curve for him and his team at Ukraine’s leading animation studio Animagrad. “It has allowed us to gain great experience in international sales. We have learned in real time. Now the next projects will be easier for us.”

“The Stolen Princess” is a traditional fantasy love story based on Pushkin’s fairytale “Ruslan and Lyudmila”. It premiered in Ukraine in March 2018 and immediately broke Ukrainian box office records, generating slightly less than USD 1 million during its first weekend. The film has since appeared in dozens of countries.

It has enjoyed particularly wide distribution in Central Europe and the Middle East, achieving a number of notable successes. It outperformed several major Hollywood animation films in Romania and currently ranks as one of Turkey’s top three animated film openings in 2018. Additional releases in major markets such as Japan, South Korea and China are in the pipeline alongside general English-language distribution, leading to expectations that global revenues will eventually climb well above the current USD 5 million total.

This is an impressive return for a movie with an estimated budget of UAH 95 million, with Ukraine’s State Film Agency contributing approximately 20% of costs. It is a triumph for Animagrad animation studio as it sets out to establish Ukraine as a significant player in the international animation industry.Animagrad was founded in 2012 as a subsidiary of Ukrainian movie industry powerhouse FILM.UA. Preliminary work on what would become “The Stolen Princess” began in 2013.

"The Stolen Princess" is the first in a planned series of Ukrainian animation features by Animagrad that will also include a Ukrainian fantasy epic based on the writings of Lesya Ukrainka calling “Mavka. The Forest Song”, which is set for release in 2019 and has already generated considerable industry buzz. Other animated blockbusters in the works include “Roksolana and Suleiman”, which will explore the incredible tale of the sixteenth century Ukrainian girl who rose from the imperial harem to marry the Ottoman Sultan and become one of the most powerful women of the epoch.