How should Ukraine approach the challenge of the country’s low-quality Soviet-era housing? 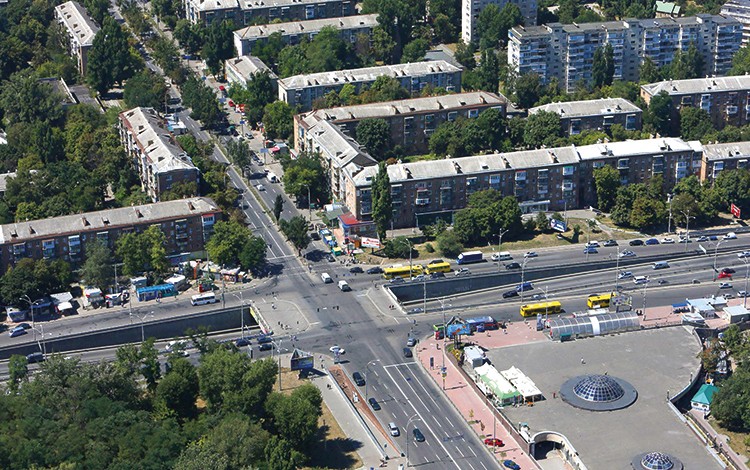 Rapid construction of new housing has resumed in Kyiv as the country’s economic recovery continues. Despite the large number of new residential buildings appearing in the Ukrainian capital, a sizable portion of the city’s population continues to live in thousands of Soviet-era “Khrushchevky” apartment blocks that are now many years beyond their planned useful lifespans. Typically, these are five-story identikit buildings constructed as a short-term solution to the Soviet housing shortage during the reign of Nikita Khrushchev over half a century ago.

For more than a decade, Ukrainian politicians have been discussing possible solutions to this situation. So far, little concrete action has been taken. Most discussions have included various plans for relocating residents to new high rises, demolishing entire blocks of old apartments, and replacing them with high rise apartment buildings funded by private investment from property development companies.

Opponents of this approach point to its obvious flaws and exclaim, “Why can’t we just renovate our Khrushchevky as was done in Germany?” This article discusses the pros and cons of each approach from the point of view of financing, energy efficiency, livability/urban density, and other factors. Whichever solution will be chosen will have an immense impact on the complexion of the Kyiv real estate market and the makeup of Kyiv neighborhoods for years to come.

“Khrushchevky” is the nickname given to Soviet-era apartments built in the 1950s and 1960s when Nikita Khrushchev was in power. Constructed using concrete panels or bricks, these low-rise, low-cost buildings were originally intended as “temporary” housing and were meant to address acute shortages. Standard Khrushchevky have 60 apartments with three entrances and are five floors high, hence the other nickname for them, “pytietashky” (“five-floor” houses). The maximum useful life of these buildings is generally estimated at 50 years. Today there are more than 3,000 outdated Soviet-era 5-floor buildings in Kyiv, most of which are located in Perchersk, Podil, Shevchenko and Solomianka districts, as well as on the Left Bank. The vast majority of these buildings are in dire need of capital repair.

From time to time, Kyiv’s city government has announced plans to launch pilot projects to relocate the residents of Khrushchevky into new housing and then demolish their old apartment buildings and replace them with high rise buildings. However, many unresolved roadblocks stand in the way of such projects moving forward. The government has not defined what quality and size of housing Khrushchevky residents should receive. Kyiv’s municipal authorities would like to attract private property developers to these projects, but building new high rises to relocate Khrushchevky residents before demolishing the old buildings would involve significant cash outlays and the city government does not have the funds to help already-stretched developers with financing. There are also technical considerations. It is not so easy to demolish one Khrushchevka without disturbing neighboring buildings, so instead, entire blocks of these old apartments would need to be razed.

Thus far, Ukraine’s legislation has required the approval of all Khrushchevka residents before a building can be demolished. Changing this law to something in the region of a 70% approval requirement would allow the authorities to force opponents of demolition to relocate, but this approach could spark massive protests. For evidence of the risks involved, we can look at the growing opposition to the recent Moscow decision to demolish  Soviet-era buildings. Many protesters in Moscow claim the entire program is a land grab to enrich greedy developers. They say it will force relocated residents to move from relatively quiet neighborhoods and into in high rises. Not everyone wants to live in a high rise building.

Even if all these initial and significant roadblocks prove resolvable, the process of demolishing Khrushchevky and replacing them with high rises as is currently contemplated would also bring huge additional financial and social costs that could generate further opposition. In place of 60 apartments, you could have 150-200 families living in the same space where a Khrushchevka once stood. Kyiv simply does not have the money to properly upgrade and expand the capacity of roads, schools, hospitals and other public services to serve neighborhoods with a potential urban density up to 2-3 times higher than present levels. If implemented poorly, the demolition option could result in a concrete jungle effect. It could create unattractive neighborhoods with poor livability, which residents would eventually flee. This would lead to rapidly depreciating property values.

The former East Germany had a population of 17 million people, many of whom lived in buildings similar to Kyiv’s Khrushchevky. Following the reunification of Germany, hundreds of German companies performed renovations on thousands of Soviet-era apartment buildings with lots of coordination between public and private stakeholders. In many cases, East German residents were tenants instead of apartment owners and the apartment blocks belonged to the state, which made it simpler to organize renovations. In cases where there was private ownership, owners were generally able to reach a consensus that it was necessary to approve and implement the proposed renovations.

It is important to note that residents were not forced to relocate. Instead, most renovation work took place while they continued living in their buildings. A thorough planning process involving four to five layers of analysis played a key part of this reconstruction approach. Every building is different and has its own “history” which includes the original construction quality (or lack thereof) which can vary greatly, as well as any maintenance, weather damage, wear and tear, and a range of other factors that should all be taken into account.

These German renovations provided major infrastructure upgrades that not only extended the useful life of these buildings, but also drastically improved their energy efficiency and physical appearance. Changes included the replacement of roofs, insulation of the technical floor, addition of insulating facades with decorative improvements to the building’s exterior, replacement of windows, rehabilitation of basement floors, balconies, and entrance areas, replacement of pipes and electrical systems, installation of new radiators with thermostats, replacement of vertical with horizontal heating systems, and rehabilitation of the territory surrounding the building. In some cases, the amount of floors was reduced and architects created highly innovative and aesthetically pleasing buildings. In other cases, basic renovations were performed very quickly. These five-day “blitz” renovations involved a high degree of pre-planning and project management while relying on the installation and connection of prefabricated modules with infrastructure and communications.

In Germany, these renovations were often financed by city administrations, which in turn demanded higher rents. This made sense as the buildings in question were usually state-owned and most residents were tenants who benefitted by paying lower utility bills due to increased energy efficiency after the renovation. When applied to Ukraine, where most apartment residents own their property, a key part of the renovation pre-planning phase would be a structural inspection of a building’s foundation to determine if it could support the addition of a 6th or 7th floor - a necessary prerequisite for attracting private investors to finance the renovation of a Ukrainian Khrushchevka.

Because German companies have performed thousands of renovations, they potentially have lots of expertise that would be helpful for reconstructing Khrushchevky in Kyiv. For example, the deep construction planning process could be done by one of several design institutes based in Weimar. However, this would be paid work. In Ukraine, it can be especially hard to find private sector investors who are willing to invest in the project development/feasibility phase. One possible solution might obtaining an EU-type grant or other multilateral lender financing. This could potentially be done under the auspices of an energy efficiency program. If this initial funding could be obtained, then German institutes could also assist with due diligence and oversee construction by partnering with local design institutes in Ukraine.

How could a German-style renovation of Kyiv’s Khrushchevky be financed? One potential idea would be to create a multi-party consortium with financing from Kyiv city authorities, individual apartment owners, private investors (for buildings with additional floors), and private Energy Service Companies (ESCOs). ESCOs could provide energy audits of the buildings to be renovated and then implement energy-saving solutions such as insulating walls, replacing windows and doors, and other solutions. Payment would be in the form of energy savings over a period of years to recoup their capital outlay with a profit margin.

The legal framework for aspects of this approach is already in place. In 2015-2016, laws were passed to pave the way for implementing ESCO projects in Ukraine’s public sector (schools, hospitals) as well as for multi-apartment buildings. Potential energy savings of up to 70-80% could make these renovation projects feasible. By some estimates, heating costs per square meter in Ukraine’s Soviet-era apartments are currently three times higher than in Poland. In addition to the obvious economic benefits, successfully implementing energy efficiency projects in Ukraine would have the added benefit of lowering the country’s strategically undesirable energy dependence on imports.

Another funding option is taxation. While it would not be a popular move, Kyiv’s government might use this opportunity to implement an effective property tax. Sooner or later, such a tax will be needed to bring order to the city’s real estate market and to shore up public finances for services. This could be a good occasion to begin.

What Will Kyiv Do?

Will Kyiv look West to Europe and follow the German example, or will it look East and take Moscow’s lead? Doing nothing has been the default choice so far, but this option may not be available for much longer as land plots for new housing developments are rapidly disappearing. While both options contain many strong arguments, the German option is more economical and socially progressive. However, it is also more complicated to get right and has far less potential for graft. It is therefore likely to be far less interesting to today’s Ukrainian politicians. Despite the roadblocks to the demolition option, the close ties of Kyiv’s city government to developers, coupled with the potential for personal enrichment, make this an attractive option for politicians and the more likely outcome. How will Kyiv’s local government and the city’s residents respond to this immense civic challenge? We can expect the Soviet housing issue to remain a hot topic on the municipal agenda for the next few years.

Special thanks to Ukraine and Russia market entry consultant Dr. Markus Liemich for his contributions to this article.