Danish investor Thomas Sillesen: there is so much more to Ukraine than geographically limited conflict 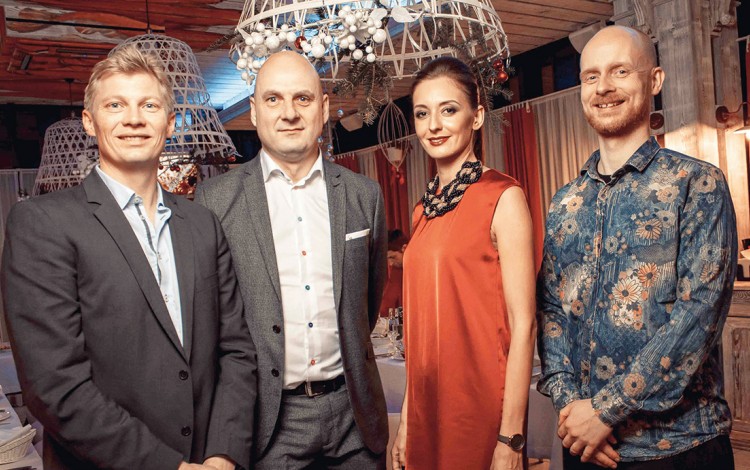 Veteran Danish entrepreneur Thomas Sillesen could be forgiven for feeling somewhat cynical about investing in Ukraine. Together with his partners at Danish engineering company BIIR, he opened a Ukrainian office in Luhansk in 2013. Within a year, the city had become the centre of a Russian-backed separatist uprising, leaving his original business plans in disarray. Rather than bemoan this bad luck, Mr. Sillesen relocated his entire team to Odesa and set up an office in the Black Sea port city. He is now hoping to expand the company’s Ukrainian engineering outsourcing services in the coming year and double his Ukrainian staff, with additional plans to branch out into other sectors of the Ukrainian economy such as energy efficient residential construction.

This resilience is rooted in the firm conviction that Ukraine has a crucial role to play in the future development of the European economy and offers greater growth potential than any other regional market. Mr. Sillesen argues that today’s Ukraine is a land of opportunity for investors who are prepared to look beyond the negative headlines of conflict with Russia. Business Ukraine magazine caught up with the Danish businessman in Kyiv and asked him why he remains bullish about Ukraine’s potential at a time when many investors continue to sit on the sidelines.

You provide engineering services for many of the biggest industrial groups in Denmark and outsource some of this work to your Ukrainian office. How do you address any security concerns your customers may have about working in Ukraine?

“I try to explain how geographically restricted the conflict in Ukraine is. If we were sitting in Warsaw and there was fighting taking place in Rotterdam, would we be concerned? I don’t think so. The distances are similar in Ukraine. Once they learn about the size of the country, our customers gain a sense of perspective and realize it is not dangerous to operate in Ukraine.”

You have spoken critically about media-generated perceptions of Ukraine as a war torn land and argued that Ukrainians should do more to emphasize what the country can offer rather than dwelling on the confrontation with Russia. Is now the right time to shift attention away from the conflict in east Ukraine?

“It is a challenging situation because on the one hand, Ukraine clearly needs to keep the conflict in the public eye in order to maintain support from international partners like the European Union. On the other hand, there is so much more to Ukraine than the conflict in the Donbas and the occupation of Crimea. Sitting here in Kyiv, the only indication we have that there’s a war on is the occasional billboard featuring a soldier. Other than that, Kyiv is like any other major European city – maybe even cooler than most. This is the message that Ukraine needs to get out to global audiences. Focusing on the conflict or on other negative aspects of the confrontation with Russia is actually counterproductive. Putin may be a bully, but if you focus solely on this message then those who agree with you will merely have their opinions confirmed, while those who disagree will not change their positions. The majority of people, most of whom are somewhere in the middle, will simply be bored by yet more talk about Putin. They will lose interest in Ukraine. This is why it is much more important to stress the positive stories coming out of Ukraine. This is a very cool country – far cooler than many Ukrainians seem to appreciate. I have travelled all over the world for decades and my time in Ukraine has been some of the most fun I have ever had.”

Based on your experience over the past two years of operating in Ukraine, how confident are you that the country will be able to make the transition towards greater European integration?

“The conflict has actually created reform opportunities because it has burned bridges between Ukraine and Russia, forcing Ukraine to turn decisively to the West. The support the West provides comes together with obligations to reform. The results of these reform processes are not always immediately visible, but we are beginning to see signs of major change. The latest official statistics are already indicating a return to economic growth. I think this trend will only get stronger and stronger. I am probably more optimistic about Ukraine than most Ukrainians. I think this is a fantastic chance to create a better country. What’s happening in Ukraine at the moment is by far the biggest geopolitical event since the fall of the Berlin Wall. Here we have a population fighting for a better life, and we can help them get there.”

Your Ukrainian office focuses on engineering outsourcing work. How competitive is Ukraine in this sector compared to outsourcing powerhouses such as India and China?

“We were initially cautious about defining Ukraine’s outsourcing advantages ourselves, but one of our customers actually did it for us. They informed us that based on their research, they could confidently outsource low complexity tasks to India and China, while medium and high complexity tasks could be handled in Ukraine, and very high complexity tasks needed to be addressed in Denmark. In other words, they found that our Ukrainian office offers virtually the same skill levels as we can in Denmark. As well as these professional skills, cultural affinity is also important, as is the mundane but relevant factor of compatible time zones. It is awkward to work with people on the other side of the world who are going to bed as you are waking up and vice versa.”

Many outsourcing companies emphasize Ukraine’s cultural affinity and close proximity to the EU as one of the county’s main selling points. How straightforward has it been to establish a professional dialogue between your Danish and Ukrainian colleagues?

“In terms of professional knowledge, we soon found that our Ukrainian engineers were every bit as technically skilled as their Danish counterparts. What they lacked was the irreverent Danish attitude towards company hierarchies and the ability to ask awkward questions. Questioning things is crucial to the Danish business approach – it is one of the ways we are able provide our customers with innovative approaches. Our Ukrainian staff took some time to get used to this concept, but now they are completely comfortable with the idea of voicing their opinions and have become ideal employees. People considering Ukraine as an outsourcing option need to disregard the classical business school approach and stop focusing exclusively on traditional elements like costs. A good new outsourcing project is not only about balancing budgets but also about getting the right people. If you go to Ukraine, you will get the right people – highly motivated, loyal, and skilled staff. Finding the right team is more important than figures on a balance sheet. I can say with confidence that our Ukraine team is outstanding. It is by far the best office in our company.”

In addition to your engineering presence in Ukraine, you also have plans to expand into the fledgling energy efficient housing sector. Why have you identified this specific niche as an investment opportunity?

“The growth of the Ukrainian energy efficiency sector over the coming decade is going to be crazy. There is massive demand and there are huge potential gains to be made. A more energy efficient approach will reduce energy dependence on Ukraine’s neighbours, while the country will also become richer due to reductions in energy wastage. It will be a challenging transition period for some people, but there is also great potential to benefit from the experiences in this sphere of Denmark and other European countries. Instead of starting at the bottom, Ukraine has the opportunity to join the European learning curve.”

There is widespread recognition that foreign investment has a crucial role to play in Ukraine’s integration into the European economy, but FDI has actually decreased in many sectors since the Euromaidan Revolution. What is your message to European investors who are unsure whether now is the right time to enter the Ukrainian market?

“This will be a top place for European business in the future. We can see from the Polish model how their standard of living has dramatically improved since setting out on the road to European integration. The potential for growth in Ukraine is arguably even greater thanks to a great work ethic, high levels of education and the resources of the country. Most of all, you have a population here in Ukraine that wants change.”