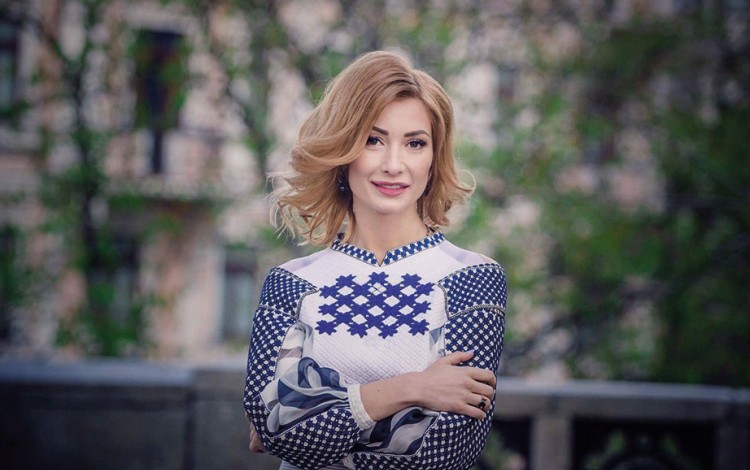 About the interviewee: Anna Romanova is a member of the Ukrainian parliament and Chair of the Parliamentary Subcommittee on Tourism Development, Resorts and Recreational Activities
Business Ukraine magazine

Ukraine’s underdeveloped tourism industry is showing signs of life. According to recent analysis conducted by JLL Hotels and Hospitality Group, the occupancy rate at hotels in the Kyiv high-end segment for June 2017 was 46%, which represents a significant increase on the corresponding figure of 37% for the same period one year earlier. Meanwhile, Kyiv’s stint as host city of the 2017 Eurovision Song Contest saw occupancy rates climb as high as 55% during the month of May. After three exceptionally challenging years, this modest growth has provided the entire sector with a much-needed tonic.

As guests slowly return to Kyiv, the Ukrainian capital’s hotel sector is also expanding. According to JLL’s Tatiana Veller, a total of over 660 internationally branded rooms in different segments of the Kyiv hotel market are expected to come into operation by the end of 2017 with the opening of the Accor Group’s Mercure Congress Kiev (160 rooms), Park Inn by Radisson Kyiv Troyitska (192 rooms) and Marriott/Starwood’s Aloft Kiev (312 rooms). Meanwhile, regional capitals such as Lviv and Odesa have enjoyed a strong 2017 tourist season as the domestic market continues to improve in terms of both quality and variety. The advent of visa-free travel to the EU has opened up new horizons for Ukrainian tourists, but many still prefer the convenience and competitive rates on offer in Ukraine itself.

These positive developments suggest an industry on the up, but the Ukrainian tourism sector is still lagging far behind many of its regional competitors. One of the Ukrainian tourism industry’s most prominent shortcomings is weak brand awareness due to a lack of international promotion. The gushing media coverage generated by the Eurovision Song Contest in Kyiv served to underline Ukraine’s considerable tourism potential, but the fact that the Ukrainian capital’s charms came as such a surprise to visiting journalists also highlighted the scale of the task ahead.

Indeed, the image problems facing Ukraine’s tourism sector can hardly be overstated. The country remains shrouded in obscurity and hampered by unflattering perceptions fed by decades of negative news coverage and the more recent media emphasis on Russia’s hybrid war in the east of the country. In terms of the tourism sector in particular, these image woes include unwelcome associations with macabre Chornobyl trips and the sleazy sex trade.

Ukrainian MP Anna Romanova is at the forefront of efforts to energize the domestic tourism industry and transform international attitudes towards Ukraine as a potential holiday destination. As Chair of the Parliamentary Subcommittee on Tourism Development, Resorts and Recreational Activities, she has long pushed for greater state involvement in the tourism sector. In a private capacity, she has also been instrumental in the establishment of an association for hospitality industry professionals and the launch of online tools designed to make Ukraine more accessible as a tourism destination.

“We wanted to help people to learn how to make tourism profitable,” she says of the Ukrainian Hospitality Industry Association, which she co-founded in 2016 and where she currently serves as a board member. “Ukrainians are naturally hospitable but we still need to develop a more effective tourism culture and adopt a more businesslike approach. I have travelled extensively throughout Ukraine and have encountered many hospitality sector professionals who have great facilities but struggle to market them effectively. They do not advertise internationally or offer the kind of packages that would appeal to foreign guests. This has to change.”

Ms. Romanova’s Association launched an online directory earlier this year as part of ongoing efforts to raise awareness about Ukraine’s existing tourist attractions and hospitality infrastructure. The website zruchno.travel bills itself as the largest tourism database in Ukraine and features information on over 50,000 tourist attractions and destinations. The portal is currently only available in Ukrainian and Russian language formats, with additional language options in the pipeline. This initial focus on local audiences is not merely a matter of convenience. “We need to establish a strong domestic tourism sector as a basis for development. Many Ukrainians have never explored their own country. They represent a huge potential market that can create the foundations for further growth and the international expansion of our efforts,” says Ms. Romanova.

The MP immediately recognized the tourism potential of the 2017 Eurovision Song Contest in Kyiv and helped to produce a quirky English-language brochure for visitors featuring tourism advice and etiquette guidelines including everything from tipping in restaurants to interacting with Ukrainian women (‘don’t make indecent proposals’). Eurovision guests also received advice to avoid discussing relations with Russia or referring to Ukrainians as Russians, a suggestion that earned the booklet frowning coverage in the Kremlin media. Ms. Romanova allows herself a cheeky giggle at the memory of Moscow’s disapproval before taking a swipe at her fellow Ukrainians for failing to grasp the importance of the country’s Eurovision Song Contest achievement. “Plenty of people complained about all the spending lavished on Kyiv’s Eurovision preparations and then moaned when millions of visitors failed to materialize. They don’t seem to appreciate that the important thing is not how many actually came to Kyiv, but how many watched the coverage on TV.”

She hopes the Ukrainian government will now build on the success of Eurovision and points to the 2017 budget allocation of modest state funding for tourism promotion as an indication that Ukrainian officials are finally starting to take the sector seriously. Ukraine still lacks a dedicated Ministry of Tourism, but the Ministry of Economic Development and Trade has recently introduced a Tourism Department. Ms. Romanova sees this as a step in the right direct that signals the growing profile of the industry in government circles. “Eurovision provided an impulse for Ukraine’s tourism sector and gave us reasons to become more ambitious as a country. We must now push on with new promotions focusing on the 2018 spring and summer seasons,” she says.

How should Ukraine be seeking to sell itself as a tourist destination to the outside world? Ms. Romanova already has a number of niche sectors in mind. She is enthusiastic about thematic historical tourism, pointing to the wealth of options provided by Ukraine’s diverse heritage as one of Europe’s great crossroads nations. The list of specific customer bases includes everyone from Scandinavians interested in the Viking legacy of the Kyiv Rus civilization to Jewish visitors looking to explore Ukraine’s unrivalled Judaic inheritance. The Ukrainian diaspora, which is among the world’s largest overseas communities, also represents a vast reservoir of potential tourists who would love to spend more time in their ancestral homeland.

Culinary tourism is still in its infancy in today’s Ukraine but offers huge opportunities, with wine tours in particular proving popular. Ms. Romanova believes Ukrainian spa resorts such as Truskavets have the potential to become genuinely world-class destinations, but concedes that service standards still sometimes fall short of international expectations. Unusually for Ukraine, however, these resorts already enjoy the advantage of strong brand recognition within the post-Soviet world.

Perhaps her most colorful suggestion is village tourism, with visitors spending time in traditional Ukrainian rural locations and enjoying eco-holidays. “All across Ukraine, young people are fleeing the countryside and moving to the city because they see no future for themselves in the village. Many end up unemployed or stuck in low-paying jobs. It would be far better to offer training and help young people in rural Ukraine to develop the eco-tourism industry. There is already considerable international tourist demand for an authentic slice of traditional village life. Ukraine has all the attributes to become a market leader in this niche,” says Ms. Romanova.

The Price is Right

Regardless of the niche or theme, one of the Ukrainian tourism industry’s most powerful selling points at present is price. The devaluation of Ukraine’s national currency has made the country among the cheapest destinations in Europe. When combined with steadily rising service standards and improving facilities throughout the hospitality sector, this makes for unbeatable value. “Most Europeans would actually spend less on a week’s holiday in Lviv than they would simply by staying at home, and that includes accommodation and daily restaurant trips,” says Ms. Romanova. “Ukraine’s hospitality sector is internationally competitive in terms of quality and also offers unbeatable value. Our task now is to get this message to the outside world.”