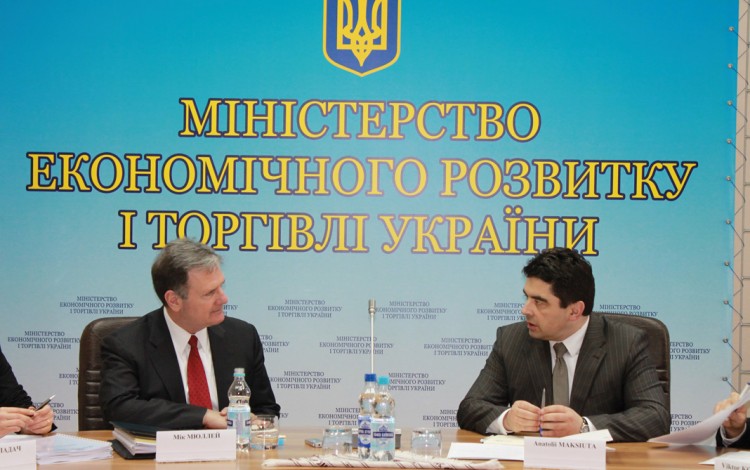 Ukraine lags behind many of its neighbors, particularly Turkey, in attracting private sector investment in the infrastructure and public services sectors. Ukraine’s infrastructure, healthcare and education infrastructure have been steadily deteriorating for two decades and will require enormous sums to rebuild and maintain. Compounding the problem, Ukraine’s legal and institutional framework make it difficult to attract private investments. Corruption is systemic and public procurement practices are far from transparent. Additionally, Ukraine faces the turbulence of reform, a simmering conflict with Russia, and a seemingly endless economic crisis. The already inadequate state budget continues to shrink while the funding required to address public service needs continues to grow. The new reform-oriented government knows that the private sector has important role to play in rebuilding infrastructure. Not surprisingly, interest in public-private partnerships, or PPPs, has been steadily growing as the government looks for new resources to address these challenges.

PPPs are not a quick fix. They are long-term contracts between the public sector and private businesses that leverage resources and allocate risks to those best positioned to manage them. The media and civil society also play an important role in ensuring that any given PPP transaction is in the best interest of the public and that the selected private sector partner delivers. Until recently, awareness of PPPs in Ukraine was low. But since 2010, the USAID-funded Public-Private Partnership Development Program (P3DP), implemented by FHI360, has been working with government to change the situation: it aims to broaden the use of PPPs in Ukraine and expand the role of private sector finance, expertise, and technology to improve infrastructure, the quality of public services, and the environment. The program provides assistance to national, regional and municipal authorities to improve the legal and institutional framework, build individual and organizational capacity to structure PPP transactions, and supports pilot PPP project implementation.

In addition to working with the Ministry of Economic Development and Trade (MOEDT) at the national level to improve laws and establish national PPP policies, P3DP has been working with oblast and municipal leaders. The program supports efforts to introduce PPPs to renovate hospitals and introduce new services, rehabilitate city parks and sports facilities, improve solid waste management practices, and introduce renewable energy that can help Ukraine achieve its goal of energy independence.

One successful P3DP pilot has helped Malyn, a city in Zhytomyr oblast, substitute locally-produced wood and agricultural waste for imported Russian gas to heat three schools. P3DP worked with city officials to conduct a feasibility study, develop a financial model, conduct a legal analysis and environmental assessment, and communicate with the public and stakeholders. P3DP also prepared tender and contract documentation and brokered discussions between the city, potential bidders, and technical experts.

The winning bidder invested in two new boilers and arranged for the supply of fuel from local producers in time for the winter heating season. The revamped boiler house provided heating throughout winter for 1,700 students, reduced municipal heating costs, supported local small businesses, while contributing to Ukraine’s energy independence. Unlike natural gas, which is subject to unpredictable price and supply risks, locally-produced biofuel is plentiful, reliable, and cheap. The partner has been able to make a profit while saving the city up to 40% in heating expenses.

Such PPPs have the potential to help other cities in Ukraine fulfill their heating obligations with limited public resources. Several have approached P3DP for help with similar projects. P3DP is also working on pilot PPPs to improve and maintain recreation areas, generate electricity from landfill gas, build public parking facilities, and expand quality healthcare services.

Long-term use of PPPs requires both capacity in government and the development of institutions that can drive PPP development. In addition to training officials through study tours, P3DP partnered with the American Chamber of Commerce in Ukraine to launch the PPP and Infrastructure Expert Center (PIEC) with support from the Ministry of Economic Development and Trade and the Ministry of Regional Development, Construction, Housing and Communal Services.

"Experience shows that if PPPs are to succeed, Ukraine must enact adequate legal reforms to allow the private sector to operate efficiently and effectively"

PIEC serves as a platform for stakeholders to advocate for reforms that improve the environment for PPPs. It also promotes opportunities and offers advice on specific PPP agreements. Since its establishment in May 2014, PIEC has hosted public discussions of proposed PPP-related regulations, presented studies on proposed infrastructure projects, disseminated information about successful PPP projects, and worked with regions such as Dnipropetrovsk and Ternopil to publicize investment opportunities.

The future of PPPs in Ukraine

Although PPPs offer governments a mechanism for expanding services and infrastructure, PPPs are complex and can create problems for both the public and the private sectors if not properly administered. Additionally, corruption can undermine public trust in any PPP if the contracting process is not transparent. Lack of sufficient competition can turn PPPs into private monopolies that operate no more efficiently than state-owned enterprises.
Experience shows that if PPPs are to succeed, Ukraine must enact adequate legal reforms to allow the private sector to operate efficiently and effectively. Most importantly, government must redefine its role from providing services directly to facilitating and monitoring them, while letting the private sector deliver them.

Leaders also must learn to ensure that citizens understand the purpose and benefits of the project, taking into account any concerns raised. Because PPP projects often take a long time, strong public sector leadership and political commitment are essential to their success. Ultimately, the success of PPPs depends not only on developing mutual trust between government and private sector, but on building and maintaining public confidence.

Neighboring governments, most notably Turkey, have overcome similar challenges. Global experience suggests, however, that no single approach to public-private sector cooperation is suitable for all countries. PPPs are not panaceas for all of the ills confronting Ukraine. But for Ukraine to meet its developmental objectives, it will have to partner with the private sector, and PPPs are a proven tool for doing that.