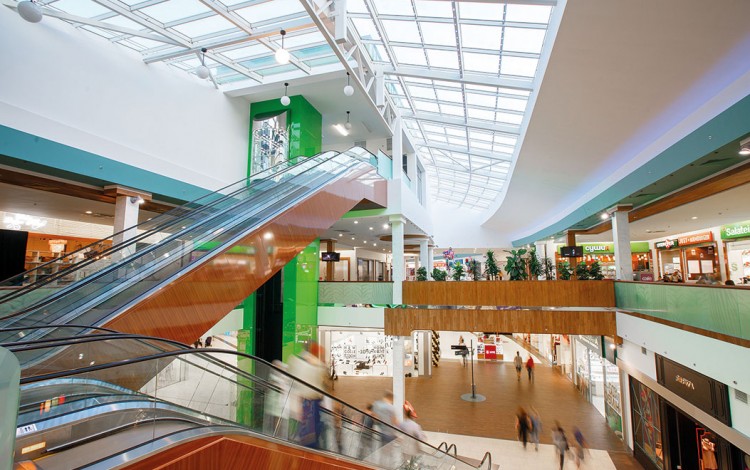 When Arricano first arrived on the Ukrainian retail real estate market in 2006, the plan was to build ten new shopping malls over the coming decade. Ten years later, the majority Estonian-owned company boasts six malls and has plans for further expansion in a Ukrainian retail market that remains well short of saturation. However, Arricano is also locked in a legal battle over ownership of a flagship mall in what management say is a test case for Ukraine’s rule of law that will have far-reaching ramifications for the country’s international investment climate.

The majority shareholder in Arricano Real Estate Plc is Estonian investor Hillar Teder, who owns a 55.45% stake in the company. Mr. Teder is an Estonian property developer with business interests in Estonia, Latvia, Russia and Ukraine. He entered the Ukrainian market at a time when the country had very few modern international-quality shopping malls. “At the time, Ukraine was seen as the last great Eldorado for European retail,” recalls Arricano CEO Mykhailo Merkulov.

This underdeveloped environment has proved both attractive and challenging, not least due to the broader instability issues affecting the Ukrainian business environment over the intervening decade. The past three years of revolution and armed conflict have been particularly challenging, but recent results posted by Arricano point to the management team’s success in weathering the storm. Operating profits grew in 2015 by 21% in US dollar terms, with a further 21% increase compared to the first half of 2015 posted up to July 2016.

The company’s Estonian ties have helped determine Arricano’s development strategy in Ukraine, with Mr. Teder and a number of fellow Estonians in senior management positions providing insights courtesy of their experience. “As a company we benefit from our Estonian shareholders in several ways,” says Mr. Merkulov. “They have introduced a European business culture to the Ukrainian landscape. They also bring a global perspective of how Ukraine can develop to contemporary European levels. This is very important, as companies rooted exclusively in Ukraine have a tendency to acclimatize to local circumstances and to accept the status quo.”

When discussing the details of this Estonian input, Mr. Merkulov keeps coming back to one word – efficiency. He speaks admiringly of the streamlined management practices in Estonia that allow just three people to oversee the running of an entire shopping mall complex, and sees this as a goal for the coming years. “We currently have six or seven people per mall, but this is already far less than the norm elsewhere in Ukraine, where you might have up to twenty people running a mall.”

Adopting Estonian efficiency innovations is not always a straightforward process. Legislative and bureaucratic obstacles remain in place that prevent Ukrainian retail real estate companies from shedding unnecessary management positions. Mr. Merkulov points to laws requiring backup and supervisory staff for things like routine electrical work, and complains that much of the existing legislation governing the sector dates back to the Soviet era. “These barriers do not bring any value and merely create additional hassle. Integration with the EU will help us to remove these outdated rules based on old technologies.”

Estonia’s famed e-innovations have also proved a source of inspiration for Arricano. “Estonia is currently showing the rest of the EU how to be digitally efficient. This also means plenty of ideas for us, especially in terms of internal company administration,” says Mr. Merkulov. “I come away from every meeting with our Estonian colleagues with numerous new ideas, often involving things already in use in Estonia. For example, we have introduced electronic document flow systems within the company. This has reduced the risk factor from human error and helped speed up the management decision-making process.”

From shopping center to social hub

Estonia is at the cutting edge of the global digital revolution, but the sheer pace of the changes this is generating threatens to transform the retail industry completely. With more and more retailers moving towards e-commerce, this will have major repercussions for companies like Arricano whose business depends on attracting customers to shopping malls. “Shopping culture is changing, but we see this as an opportunity rather than a threat,” says Mr. Merkulov. “Over the coming decade, we expect retail space to change dramatically. The necessity of physically visiting shopping complexes in order to purchase goods will diminish. We are already seeing the rise of e-commerce and the development of virtual technologies that allow people to do things like try clothes online. However, there are services that cannot be provided online, and these will become the focuses of future shopping centers. We anticipate the transformation of the shopping center into a social hub where you spend time outside of work and home life. We’re trying to be ready for that.”

These preparations include the expansion of food courts and entertainment options at Arricano malls. The company is also opening service centers in its Kyiv properties that will feature a range of on-the-spot services such as tailoring, shoe and jewelry repair, and key cutting. “People today have less and less free time, so the convenience of having everything in one place is particularly attractive,” explains Mr. Merkulov.

Arricano’s plans for future development include additional malls, with land plots already identified in Kyiv and Odesa. The past year has seen a return to expansion on the Ukrainian real estate market, with a number of high-profile mall openings in the capital and major regional cities. Despite the arrival of numerous new shopping centers, Mr. Merkulov believes there is still significant room for further growth. He identifies three key factors that are likely to drive market expansion in the coming years: the arrival of major international retailers, the upgrading of existing shopping facilities, and the growth of Ukrainian consumer spending power. “We see huge potential for retail in Ukraine. Purchasing power will inevitably increase. GDP per capita is currently at the level of the poorest African countries. Over the next decade, this figure will not just double or triple, it will increase by a factor of ten. This will draw in many of the major international retail players who are currently not present in the Ukrainian market.”

He argues that around 70% of today’s shopping space in Kyiv is not of a professional standard and will either be closed or completely renovated. There is also the entire underdeveloped segment of smaller complexes in medium-sized towns and regional centers to consider. “Compared to the rest of Eastern Europe, many of the smaller formats have yet to implemented here. Single story retail parks that are common in places like Serbia and Romania have yet to appear in provincial Ukraine. They are not as glitzy as the fancy new malls appearing in Kyiv, but they are ideal for smaller cities. This is a huge country with an enormous population, and they are all enthusiastic consumers – even when the situation is as it is today.”

This room for retail sector growth is likely to attract the attention of additional international retail real estate investors, but Arricano’s ongoing legal battle over ownership of the SkyMall complex in Kyiv highlights the continuing concerns many investors harbor over the risks involved in entering the Ukrainian market. Mr. Merkulov describes the current situation as ‘the biggest raider case in the Ukrainian real estate market involving an international company’ and says the issue has become politicized due to the accused party’s alleged close ties to current senior political figures. Arricano has sought to defend its minority interest stake in SkyMall via the London courts, but has so far been unable to enforce these court rulings in Ukraine. “This is a test case for all international investors that addresses key corruption issues in the country,” says Mr. Merkulov. “It points to the need for reform in the prosecutor’s office, the state registry service, and the courts.  There have been clear violations of the law. If this case is resolved, it will send a signal that justice has been established in Ukraine.”

“Ukraine is a country with huge potential that has to be developed. This development is only possible with the involvement of investment. Commercial real estate development is quite a complicated business, but it also has the potential to change the country, change cities, affect people’s lives, and provide new jobs. Over the years of doing business in Ukraine, the company has faced numerous challenges, all of which have been resolved with the exception of one problem – the contested ownership of SkyMall. When the government realizes that this unresolved problem remains one of the most significant barriers for European investors who are considering whether to enter the Ukrainian market, then everything will change for the better. Ukraine needs investments!”

“I have been working in Ukraine since 2011. During this time I was not only a witness to how the commercial real estate sector was changing, but was also able to influence these changes as a member of the largest and one of the most successful real estate developers on the Ukrainian market. In Estonia, we have been watching the development of the Ukrainian shopping mall sector with great interest. We have noted the emergence of new European facilities and the country’s first international-quality shopping malls. As someone who is responsible for the operations of five malls, I can confirm that today’s new generation of Ukrainian shopping malls are even better than most malls in Estonia. They feature thoughtful formats and include unique concepts. The entertainment component of commercial real estate is particularly highly developed in Ukraine, which reflects the local mentality. Ukrainians tend to spend a lot of free time in shopping malls. Ukraine is now generating interesting formats for the European retail market as a whole.”

“The London Arbitration Court considered all the facts before confirming the theft of SkyMall. We have also appealed to various authorities in Ukraine to investigate the case. Unlike the London Court of Arbitration, the cases concerning SkyMall in Ukraine have either been hindered or closed. The decision of the London Court of Arbitration is good news for Arricano. However, if you look at the wider implications for Ukraine at the state level, then the news is not so promising. All these actions took place after Euromaidan. As a citizen of Estonia working in Ukraine, I observe that little has changed since the Yanukovych era in terms of the Ukrainian system of law enforcement. However, I believe Ukraine will change and become closer to European standards in all aspects of life: starting from business to the individual rights of citizens. We hope that the London court decision will still be a catalyst for the Ukrainian authorities. This includes the aim of changing the country’s legal framework.”