EU ASSOCIATION AGREEMENT: EU-Ukraine free trade is a win-win for France and Ukraine 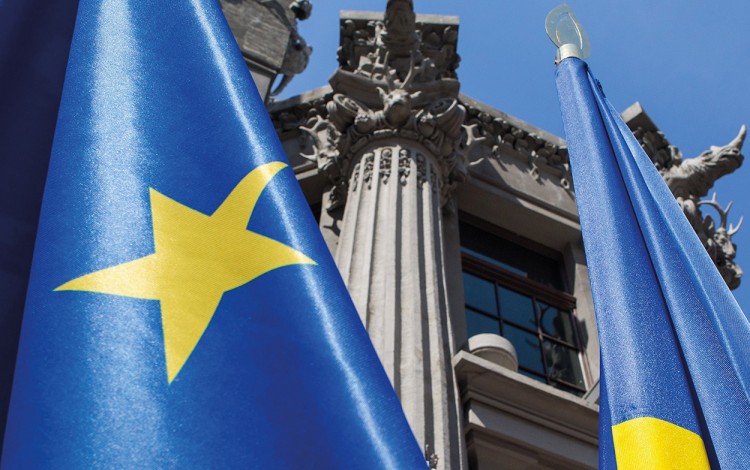 On 1 January 2016, the Association Agreement between the European Union and Ukraine fully entered into force. It includes the so-called ‘Deep and Comprehensive Free Trade Agreement’ (DCFTA) which, by progressively bringing tariffs to zero on both sides, and by foreseeing an approximation of EU internal market rules by Ukraine, will greatly facilitate trade between EU member states and Ukraine.

Trade relations between Ukraine and the EU are not starting from zero. In 2015, the EU was already Ukraine’s leading export partner, accounting for 33% of Ukrainian total exports. There are both positive and negative reasons for this: the EU already lowered import tariffs for Ukrainian exports in spring 2014 in advance of the DCFTA. Meanwhile, Russia has introduced various measures to restrict Ukrainian exports, thereby forcing Ukrainian companies to seek alternative export markets.

With almost 1.5 billion euros of goods exchanged in 2015, Ukraine and France are also already close trade partners. Ukraine currently exports approximately half a billion euros of goods to France annually, with imports from France valued at around one billion euros. However, when comparing with other countries, these statistics show that the full potential of bilateral French-Ukrainian trade is not yet being fully tapped. In 2015, France was only Ukraine’s twentieth largest export destination in the world, ranking ninth amongst EU member states. Even if France is doing better as an import partner (France currently ranks fifth behind Italy, Poland, Germany and Hungary), there is still room for improvement considering that France is the second largest economy in the EU. Interestingly, whereas Ukraine’s exports to the EU fell on average by 23% in 2015, notably because of the decline in the prices of commodities such as agricultural goods and iron, exports to France fell by only 7%.

When two large agricultural and industrial powers like France and Ukraine are concerned, could the Association Agreement represent a threat, rather than new opportunities? It would be a mistake to think so. In 1848, the French economist and politician Frederic Bastiat wrote in his ‘Economic Harmonies’, “By virtue of exchange, one man’s prosperity is beneficial to all others.” This statement remains very true for the two countries.

The agricultural sector is a perfect example of the existing and potential future benefits of closer cooperation between France and Ukraine. In terms of basic products like cereals or vegetable oils, France and Ukraine are already competing on worldwide markets, meaning that the agreement will not change the situation very much. Ukraine actually has everything to gain from taking advantage of French knowhow and investments in order to improve productivity, which is very much lagging behind European competitors, and to move upward in the value chain by focusing not only on raw agricultural goods but also on transformed products. Additionally, when selling to French distributors present in Ukraine who often ‘export’ their quality requirements, Ukrainian producers already need to achieve the first step necessary to export to the EU.

The trade agreement between the EU and Ukraine also protects geographical indications, both French and Ukrainian. The lion’s share of protected appellations is indeed France’s, meaning that Ukrainian companies that are copying French brands will not be allowed to do so anymore. In the short term, this might represent a constraint for Ukraine, but in the medium term, it creates incentives to develop higher quality products using Ukrainian identity for marketing, instead of making pale copies of foreign products. For French producers, having easier access to an emerging market of over 40 million customers, where French products are recognised and valued, is an opportunity not to be missed.

What is true for agriculture is equally true for other sectors. French and Ukrainian companies rarely compete in the same market segments in the industrial and service sectors. Let’s take an extreme example: no one can genuinely claim that Airbus and Antonov compete in the same markets. But Ukraine has an industrial history in aeronautics, skilled engineers, and cheaper labour costs than in the rest of Europe. There is a clear common interest in having French hi-tech companies in this area and in many others outsourcing part of their production, thus transferring technologies to Ukraine.

The same reasoning is valid for services: why would French companies outsource part of their production to India when they can cooperate with a country that has only a one-hour time difference, is culturally close, and has highly skilled IT engineers who can be recruited for equivalent salaries? It has often been said that France did not sufficiently use the opportunities offered by the enlargements of the EU in 2004 and 2007. Ukraine may represent an opportunity to catch up.

Of course, the success of the DCFTA in bringing Ukraine and EU member states closer together very much depends on the ability of the Ukrainian government to adopt and implement the reforms that it foresees: all the above mentioned changes can only take place if the business climate in Ukraine substantially improves. Cosmetic reforms will not fool businesses and only genuinely implemented ones will deliver the expected benefits to Ukraine. Otherwise, it will be a missed opportunity for all parties.

About the author: Jocelyn Guitton is First Secretary of the Trade and Economic Section at the Delegation of the EU to Ukraine