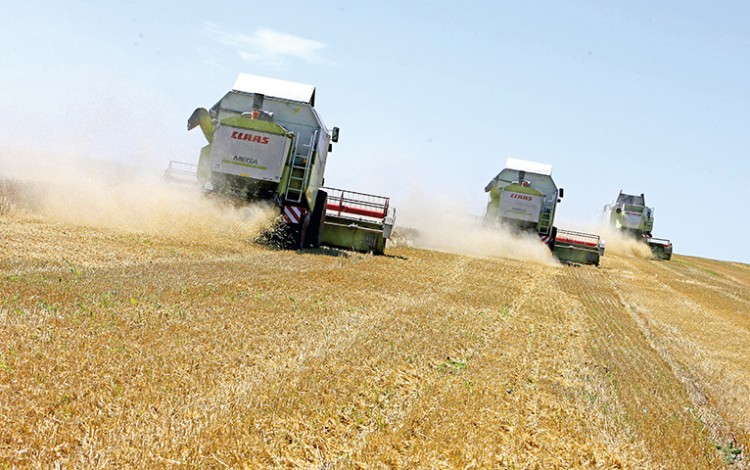 The world population will grow from six billion to nine billion over the next 30 years. In addition to this growth, more and more people are moving up the living standard scales in places like India and China. As a result, they are demanding more nutritious and tastier food. This population growth, combined with improving living standards, will increase food demand by a factor of two during the coming 30-year period. In other words, in the next 30 years the world will need to produce twice as much food as it does today, while utilising the same finite amount of land and water. This, to put it mildly, is quite a challenge. For Ukraine, it is also a once in a lifetime opportunity.

Ukraine has 27% of the world’s black soil resources, but this abundance of agricultural wealth is currently underexploited. Agricultural experts have forecasted that with the right technology, current Ukrainian agricultural yields could be increased by four to six times. Furthermore, the cost of this potentially high productivity agricultural land is considerably less than the cost of land in other European countries. For example, in Poland one hectare costs EUR 8000, and in the Netherlands the price can be as high as EUR 50,000. Increased demand for food is likely to continue pushing land prices up worldwide. For example, in Poland prices rose by 20% from 2008 to 2010, and during the past year by as much as 30%. This is in anticipation of when the agricultural land market becomes open to foreign investors from 2016.

By comparison, agricultural land prices in Ukraine have actually declined in recent years, and especially during the past 2 years. This decrease comes despite the fact that Ukraine has signed a far-reaching Free Trade Agreement with the European Union. With all these positive factors in Ukraine’s favour, why isn’t foreign direct investment flooding into the Ukrainian agricultural sector?

The main current obstacle is the conflict with Russia in the east of the country, which is causing a myriad of political and economic problems. Even if this immediate issue is resolved, there is unlikely to be a stampede of investors rushing to the Ukrainian agriculture sector due to the long-standing moratorium on agricultural land sales. This measure has long served as a major obstacle to the development of the country’s agricultural industry. Even the IMF has stated that lifting the moratorium could be a factor determining whether Ukraine receives further funding. Nevertheless, it is still in place. Why?

Ukraine has approximately 33 million hectares of black soil agricultural land that, if valued conservatively at USD 1000 per hectare, produces a potential total revenue of USD 33 billion. In order to increase yields, buyers would be required to invest USD 1000 per hectare, giving an overall total of USD 66 billion flowing into the Ukrainian economy over a period of 10 years or so. This investment would not only be a windfall in itself – it would also lead to increases in agricultural yields by a factor of at least 4 times, most of which would go to export at a time when agricultural commodities are rising in price due to increasing global demand.

In theory at least, Ukraine should have a very bright future. Some economists even predict that Ukraine could be one of Europe’s best-performing economies during the coming decade. All that is holding it back is a moratorium justified by populist patriotism and the alleged desire of vested interests among the political classes to protect ‘poor farmers’ and the sovereignty of Ukraine against the threat of foreign investors who are apparently intent on buying up all of the country’s sacred land. Such sentiments have an understandable appeal to certain sectors of Ukrainian society, but the present status quo is hardly a good example of social justice. The ‘poor farmers’ who are currently being protected from rapacious foreign capital are in many cases pensioners. They get ‘peanuts’ for their little three-hectare plots, while the country’s big agricultural holdings consolidate these little plots into what should be viable agricultural units. However, experience has repeatedly demonstrated that they do not process the technology or know-how to get the most out the land.

Nor does the sovereignty issue stand up to close inspection. Does anyone really believe that foreign buyers will lift the land up and transport it out of Ukraine, as the Nazis tried to do during WWII? In reality, they will invest in the land, bringing the technology and expertise required to increase quality and yields. This would be beneficial for the whole country – not least for the current plot owners, who would receive significant sums to help finance a dignified retirement. The moratorium blocks this progress, and serves as the biggest single obstacle to Ukraine’s emergence as a 21st century agricultural superpower. Amid all the talk of reforming Ukraine, removing the moratorium is a measure that could quickly yield spectacular results.

About the author: Terry Pickard (This email address is being protected from spambots. You need JavaScript enabled to view it.) is the founder and principal of Pickard & Co. Ltd which has been consulting on Ukrainian real estate since 1992. This year the company launched its new division Pickard Agricultural Services, the only international real estate company offering brokerage services to the Ukrainian agricultural sector.