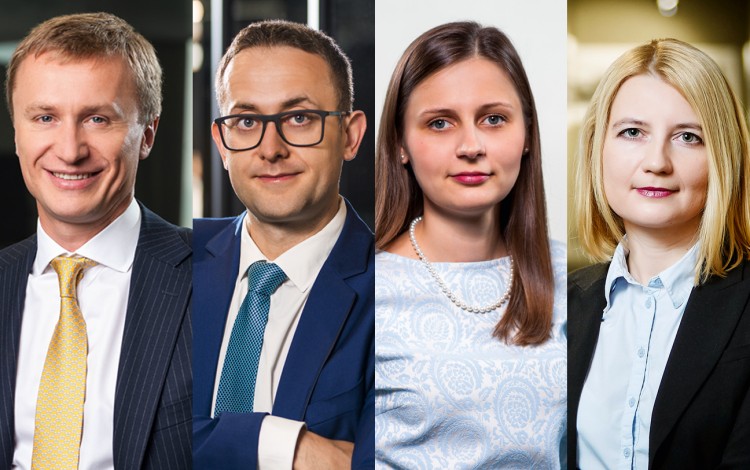 Ever since Ukraine signed an Association Agreement with the EU in summer 2014 featuring a free trade component, the country has been developing closer economic ties with the rest of Europe and becoming increasingly attractive to European investors.

It is not difficult to see why Ukraine is appearing on the radar. A common border with the EU, qualified workforce, competitive costs, and legislative support have allowed Ukraine to establish itself as a unique manufacturing destination for strategic investors in a range of economic sectors.

The recently adopted law “On State Assistance to Investment Projects with Significant Investments in Ukraine” is the latest move to increase state support for large investment projects. In order to qualify, investments must exceed EUR 20 million, create over 80 working places, and meet a number of other requirements.

Ukraine has adopted several further laws relating to foreign investments that set ground rules for interaction with the state and provide legal protections for foreign investors in line with the best global practices. Ukrainian legislation currently prohibits nationalization without due compensation of foreign investments; investors are protected from governmental pressure; and legislation also allows investors to claim compensation for actions, inaction, or inappropriate fulfillment of obligations by state authorities leading to loss of business.

In addition to this investment protection legislation, Ukraine and Germany concluded a bilateral treaty in 1993 on support and mutual protection of investments. The treaty prohibits any discriminatory measures against investors or the expropriation of foreign investments. It also regulates compensation in cases of expropriation due to public necessity or damage caused by armed conflict, revolution, state of emergency, or rebellion. The treaty guarantees unrestricted money transfer possibilities and means of protection for investors, including amicable negotiations and arbitration.

The Ukrainian economy is rather liberal and accessible with regards to foreign investors, with almost no regulatory barriers for foreign investment. Over the 30 years of Ukrainian independence, a number of significant assets in various sectors of the economy have changed hands and ended up being owned by major global publicly traded investors. Apart from domestic merger control regulations with very low thresholds and some specific exceptions, there are no regulatory obstacles to investing in the country. As long as an asset is on the market, any investor can purchase it.

This situation may be about to change. The Ukrainian government is reported to be seriously considering the introduction of an FDI (foreign direct investment) screening regime to control inflows of foreign investments into strategic sectors of the Ukrainian economy. These regulations are expected to be based on the best global practices with a focus on telecommunications, defense, aerospace, and other strategically important sectors. We expect the relevant laws to be passed and implemented by the end of 2021. With this in mind, any investors eyeing Ukrainian deals that may theoretically fall within the scope of FDI screening are advised to close them as soon as possible.

German investors looking for opportunities in Ukraine may be interested to learn that the Ukrainian authorities are currently conducting a major privatization wave of around 3,000 state-owned assets. These assets are drawn from a range of sectors including manufacturing, retail, hospitality, infrastructure, and much more. International investors are very much welcome to participate in this large-scale sell-off, with a number of measures introduced by the State Property Fund to make the process more accessible and transparent for foreign buyers.

Looking ahead, the key drivers of the Ukrainian economy in the coming years are expected to be the agricultural sector and the IT industry, which continues to demonstrate remarkable annual growth. With Ukrainian food exports entering new global markets and legislative changes creating a long-anticipated agricultural land market, many international investors are set to place their bets on Ukraine’s famed breadbasket.

Ukraine’s national infrastructure upgrade continues and will likely benefit from recent legislative support for concessions and public-private partnerships. Meanwhile, the country is witnessing increasing amounts of residential and warehouse construction. Together with rising EU trade volumes, these domestic factors give rise to optimism for sustained GDP growth in the years ahead.

Germany and Ukraine Investing in Ukraine