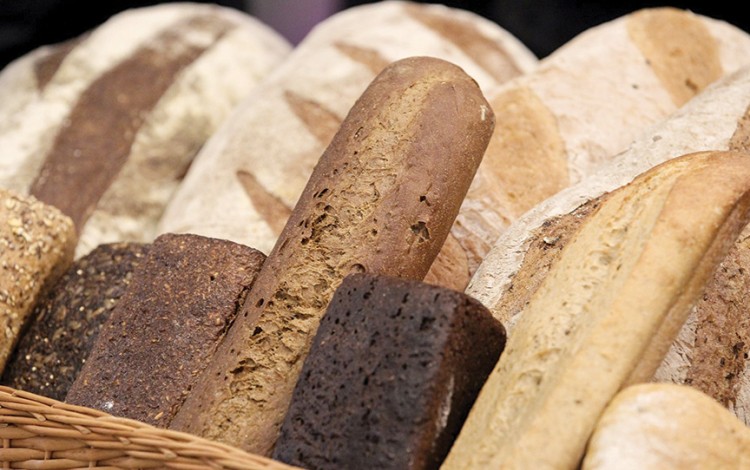 Many refer to Ukraine as Europe’s breadbasket but in reality, the country’s booming agricultural export industry remains firmly focused on raw commodities rather than value-added foodstuffs
Stanislav Shum

Ukraine’s cost-competitiveness, abundance of resources, and favorable geographical location at a global crossroads make it a potential export powerhouse. However, this is not yet the case. In order to realize the country’s vast export potential, Ukrainian business owners must appreciate the international opportunities available to them, while also overcoming mental barriers that continue to discourage the development of ambitious expansion plans.

From Raw Materials to Value-Added Production

Ukrainians often proudly refer to their nation as a grain superpower, but this dominant position on global grain markets is not necessarily a source of pride. Although nobody would dispute Ukraine’s agricultural wealth, the country continues to export huge quantities of grain while leaving it to others to produce flour, bread, and a host of other value-added products. This makes a mockery of Ukraine’s historic title as Europe’s breadbasket. In reality, the country’s annual bread exports are a tiny fraction of the grain volumes shipped from Ukraine to global markets each year.

In contrast, nearby countries including Turkey and Poland both export large volumes of processed products such as flour, pasta and bread. Poland currently earns around USD 1.4 billion per year from bread exports, which is 12 times the income Ukraine generates. Meanwhile, Turkey can count on USD 1 billion annually from flour exports, and a further half a billion from pasta.

Ukraine should seek a greater presence in these value-added export markets in order to benefit more fully from the country’s agricultural advantages. This would require major investment in production capacities, as well as a change in mindset. One of the biggest barriers to greater agricultural export revenues remains a sense of satisfaction with the existing order of things. It is difficult to convince agribusiness owners and investors of your vision to conquer the world with Ukrainian bread while everyone is repeating the mantra of Ukraine as a grain superpower. Grain is good but bread is better.

Do you listen to the music of Ed Sheeran? If so, you are like many millions of others around the world. The flame-haired British crooner is just one of a galaxy of UK pop stars who generate billions of dollars in export revenues every year for Great Britain. Pop music is a small part of the broader international creative industry, which is fast becoming one of the primary engines driving the global economy.

Exporting creativity is far more challenging than shipping raw materials. It requires more thought and analysis. You must understand your target audience and market your wares accordingly, often tailoring and tweaking campaigns to suit individual national markets. Crucially, success also depends on creative excellence. Luckily, Ukraine has no problems in this department. The “Made in Ukraine” trend of the past five years has demonstrated the creativity of Ukrainian producers in a wide range of sectors. However, this has yet to translate into a surge in Ukrainian creative exports.

There are some promising examples. Continuing with the pop music theme, Ukrainian groups such as Kazka and solo artists like Anna Korsun (Maruv) have scored massive international hits in the past twelve months, clocking up hundreds of millions of YouTube views. Ukrainian fashion designers have also emerged on the global stage since 2014, with numerous international celebrities sporting Ukrainian labels at high-profile events. Then there are creative Ukrainian companies like startup toy manufacturer UGears, which signed a breakthrough cooperation deal with the Walt Disney Company in 2018. Ukraine clearly does not lack creative talent. The challenge now is to export this creativity to foreign markets.

The intricacies of the export trade are not something we teach in Ukrainian schools, while the lingering Soviet legacy often creates both practical and mental barriers to the expansion of Ukrainian companies into international markets. There is an appreciation of some basic principles. For example, most people understand that one of the key issues underpinning any international commerce is the payment of customs duties. However, not everyone fully grasps the advantages presented by Ukraine’s many free trade agreements. Today’s Ukraine enjoys FTAs with dozens of countries, including the member states of the European Union – the world’s wealthiest trade bloc. This creates opportunities to export goods and services in hundreds of categories without the obstacle of customs barriers.

There are also a number of state agencies and organizations that seek to facilitate the entry of Ukrainian companies into new international markets, including the Ukrainian government’s Export Promotion Office. The services these bodies can offer include participation in official trade promotion visits and in-country networking support. Many Ukrainian companies have yet to take advantage of such opportunities, despite their ready availability.

Many Ukrainian business owners will tell you that they face enough risks in their daily activities without gambling on international expansion. These well-documented risks include corruption, raiding, and unfair competition. Such thinking means that it is often the most ambitious Ukrainian companies that lead the way to new export markets. Expansion efforts often involve taking on multinational corporations or entering new markets where major global players have yet to establish themselves.

In many cases, this courage comes with youth. It is no coincidence that the overwhelmingly youthful IT sector is now one of the leading Ukrainian export industries. Ukraine’s IT companies have learned how to compete against global market leaders and are gaining in confidence as they increasingly move beyond basic outsourcing functions towards software production and other value-added segments of the industry.

Did you drink a cup of latte this morning? The Brazilian farmer who grows the coffee beans can expect to get 30-50 kopeks for each cup. The company that roasts the coffee gets up to UAH 3. Most of the money will go to the café, where it then becomes salaries, rent, and taxes. In any international market, you will find the equivalent of farmers, traders, roasters, wholesalers and retailers. For example, Ukrainian producers dominate the global sunflower oil market. The main importer of Ukrainian sunflower oil is India. However, if you visit a Delhi supermarket, you will find Indian and not Ukrainian brands displayed on the shelves.

The challenge for Ukrainian companies is to move as far up the production chain as possible. This means facing tougher competition, and often involves meeting stricter regulations and higher consumer standards. However, it also results in access to far greater profit margins. This is why global players tend to occupy niches towards the end of production chains. For example, the first Ukrainian dairy production plant to launch dairy exports to the EU was French multinational Danone.

Creating value-added production in Ukraine is not simple. It is all too easy to fall back on excuses regarding the lack of state support and the risks involved in taking out expensive loans in order to upgrade facilities. These problems are very real, but Ukrainian businesses must overcome them if the national economy is to play to its natural strengths. Experts often state that Ukraine’s economic development depends on the country’s ability to attract higher levels of foreign direct investment (FDI), but the role of increasing exports is equally crucial. Ukraine has a number of significant advantages that make the country competitive on global markets. The task now is for individual Ukrainian companies to grasp the export opportunities that already lie before them.

About the author: Stanislav Shum is CEO of content marketing company TopLead