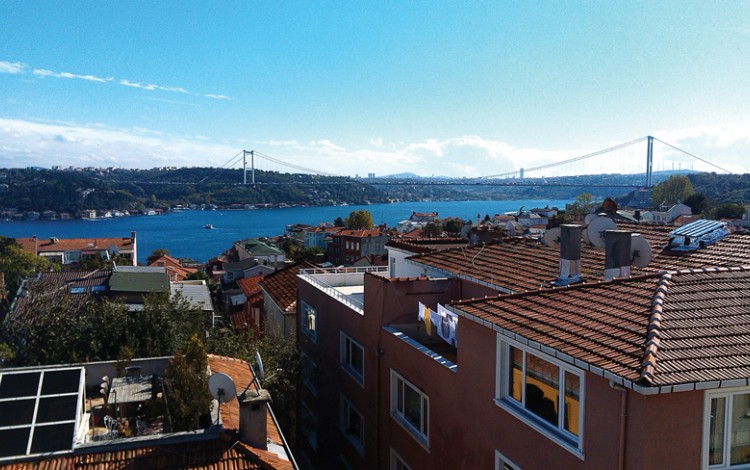 Turkey is one of the most prolific users of private sector partnerships in Eastern Europe and Central Asia to improve infrastructure. According to newly-released data from the World Bank’s Private Investment in Infrastructure database (PPI), Turkey came in second place globally for public-private investment in infrastructure in 2014, with USD 12.5 billion in investment in 17 new projects in the energy and transportation sectors.

Turkey’s experience can serve as a useful model to stimulate broader use of public-private partnerships (PPPs) in Ukraine, which faces major challenges in rebuilding its infrastructure and economy. To accelerate this process, the USAID Public-Private Partnership Development Program is joining the American Chamber of Commerce in organizing a conference on PPPs in Turkey and Ukraine on June 22, 2015. The event in Kyiv follows a successful study tour to Istanbul and Ankara in 2014, also organized by P3DP, which gave Ukrainian national, regional and municipal officials the opportunity to learn from their Turkish counterparts while having a first-hand look at PPPs in action.

The conference will showcase a number of successful cases of PPPs in Turkey in sectors of great interest to Ukrainian officials and private investors, including projects in healthcare, transportation, marinas and industrial park development. Government officials from Turkey and Ukraine, as well as the United States, will be joined by international PPP experts and leaders of business to learn how significant barriers were overcome in Turkey to achieve amazing results and, most importantly, how these approaches can potentially be adapted and applied in Ukraine to address the rapidly growing need to rehabilitate existing or build new infrastructure.

With strong growth expected in the region, the Turkish government is improving infrastructure to accommodate increasing demand that is both a requirement for and a result of a thriving economy. With its strategic location on the Bosphorus Straits linking European and Asian trade routes, Turkey stands to gain solid returns from investment into sectors also of great import to Ukraine.

The Eurasia Tunnel Project is one of the most ambitious PPPs underway in Turkey today. A 14.6KM tunnel will connect Asia and Europe under the Bosphorus Straits. This greenfield Build-Operate-Transfer (BOT) project will reduce travel time from 100 to 15 minutes. A consortium of Turkish and South Korean firms won the tender in 2008 for a period of 29 years and ten months. The tunnel will be transferred to the government after the operating period. Total investment cost is estimated at USD 1.245 billion.

Turkey has had success introducing the PPP model in the airport and port sectors. For example, Turkey’s major airports – including two in Istanbul, one in Ankara and one in Izmir – have been developed and operated under the PPP model. The Third Istanbul Airport Project is the most recent airport PPP initiative. Expected to cost over USD 9 billion, the new airport will have an annual capacity of 150 million passengers.

Another major PPP is a new greenfield container terminal at Asyaport on the Marmara Sea, approximately 70KM from Istanbul. It will serve as a transshipment hub with an annual capacity of 1.9 million twenty-foot equivalent units (TEUs). The terminal is expected to begin operations at the end of June 2015. Total project cost is estimated at USD 415 million. The project will help Turkey develop its water transport infrastructure, which will increase shipping capacity and lower cost with a smaller environmental impact than road shipping.

Turkey is expected to double its energy infrastructure in the coming decade. In 2014, it launched 13 new projects with private sector investment in the sector. Much of this was driven by three large-scale privatizations of thermal power plants. Government incentives have also stimulated investments in the wind sector, which increased as a total of energy output from 0.8% in 2010 to two percent in 2012. Turkey aims to have 20,000 megawatt of installed wind-power capacity by 2023, and seeks to build 600 megawatts of solar power plans to quadruple investment in geothermal energy.

Mamak Landfill Waste Management Project in Ankara uses a variety of solid waste management practices to minimize the volume of waste being dumped in the landfill, including recycling, capturing landfill gas to generate 26 megawatts of electricity, and using waste heat for greenhouses. Operations are managed by a private operator selected through a tender, who benefits from income derived from managing the site. Up to 85% of waste at the landfill is recycled.

Industrial and technology parks have also been successfully developed in Turkey using the PPP model. These include the ODTU Teknokent Science and Technology Park, founded in 1991 as the result of collaboration between the Middle East Technical University, the Ankara Chamber of Industry and Commerce, and several private companies. Also of interest is the OSTIM Industrial Zone, a large industrial park in Ankara serving 5,000 small and medium enterprises in 17 sectors. A green technological and research hub is also being planned in Ostim.

The Turkish government recently turned to PPPs to raise the standards in healthcare facilities by increasing diversity of services provided in light of technological developments and new medical trends. The Ministry of Health currently aims to develop 18 integrated healthcare facilities located throughout Turkey using the PPP model. One example is the Bilkent Integrated Health Campus Project, which envisions the design, construction and operation of a 3,804-bed hospital in a 25-year PPP. Total investment cost is USD 850 million.

PPPs have not been a success in Turkey by accident. This success is the result of a deliberate policy to increase private sector participation in infrastructure and public services. The Turkish authorities have understood the potential and have acted accordingly by establishing the legal framework to make it possible. One key factor has been government commitment. Turkish policymakers recognize that partnering with the private sector can significantly boost the government’s ability to provide infrastructure and public services.
A strong legislative framework for PPPs has also helped. Turkey was an early implementer of PPPs in the region and has developed a solid framework for PPPs. In 1984, it passed a law allowing private sector participation in the power sector. Turkey passed further legislation to allow Build-Operate-Transfer (BOT) PPPs for other sectors, including transportation and power. By 2001, Turkey had already built 30 power plants under PPPs, providing 8,500 megawatts of power. The PPP model is also allowable for privatization. Over time, Turkish legislation has steadily improved to make PPPs easier to develop and implement in a fair, transparent way. PPP contract violations can be addressed through the judicial system or international arbitration. There is still room for further improvements in the legal framework - some international lenders were unable to obtain full guarantees, for example - but overall, the Turkish PPP environment is positive.

Strong demand has also been important in driving Turkey’s PPP success story. A strong economy that depends greatly on transportation infrastructure has helped ensure that demand for infrastructure services will attract interest among potential investors. The Turkish authorities have also sought to use PPPs to meet public needs. PPPs in Turkey serve the public interest in visible ways, for example, by reducing traffic congestion, contributing to job growth, and providing critical services such as healthcare.

Ukraine has much to gain by learning from Turkey’s PPP experience. Since 2010, interest in PPPs among Ukrainian officials has grown, a development reflected in development strategies, policies, and legislative amendments. Ukraine, like Turkey, lies on important trade routes, which will fuel demand for improved infrastructure. Ukrainian citizens also stand to benefit from improved healthcare and education systems that take advantage of private sector investment, technology and resources.