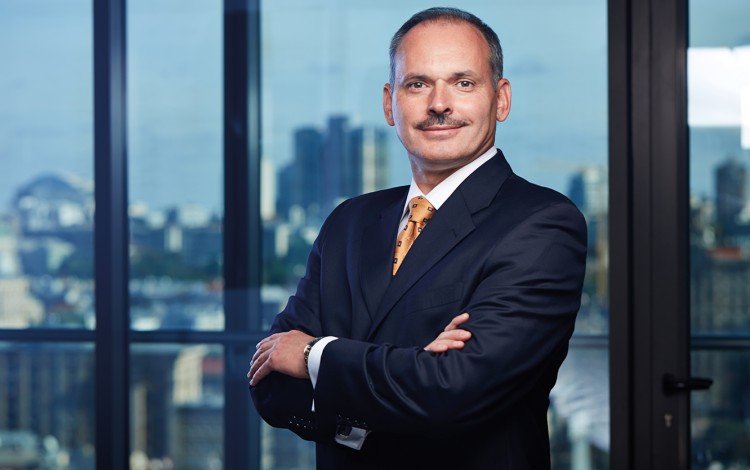 About the author: Armen Khachaturyan is Senior Partner at Asters, a leading Ukrainian full-service law firm with one of the longest track records on the country’s legal market
Armen Khachaturyan

The government is pledging to fully support measures intended to promote business development and bring in foreign investments. In particular, at a recent meeting with representatives of member companies of the American Chamber of Commerce in Ukraine and European Business Association, the Minister of Economic Development and Trade, Aivaras Abromavicius, stated that 84 of 201 excessive barriers to doing business have already been removed. The minister mentioned that the removal of 89 more barriers is underway, and the next stage will be a complete renewal of Ukraine’s regulatory base.

Unfortunately, Ukraine still ranks as low as 83 in the World Bank’s Doing Business 2016 rating, despite certain progress compared to the previous year that saw the country climb 13 places. Ukraine’s investment attractiveness at a time of conflict and uncertainty represents a complex issue that may not necessarily be resolved by simply adopting a number of progressive legislative acts.

Reformation of the country’s regulatory system is one of the major tasks for the government as it seeks to restart the economy and attract investments. It is essential to reduce the number of regulations, enhance regulatory efficiency, reduce budgetary expenditure for the state bureaucracy, and guarantee government protection of entrepreneurship and property rights in line with European standards and practices.

The issues in need of most urgent resolution include creation of an adequate statutory framework for financing investment projects at interest rates compatible with international practice, and establishment of a domestic development bank along the lines of the experience in countries like Germany and Japan. Currently at the draft stage is the Draft Law “On Export Credit Agency” providing for the formation of a special authority responsible for insuring and financing export operations, which will help Ukrainian exporters to access foreign markets. If formed, such an authority will certainly facilitate the promotion of domestic products on world markets and increase their competitiveness.

Another reliable tool for stimulating investments may be the development of Ukrainian industrial parks, which is a convenient mechanism to raise funds and create jobs. The Law of Ukraine “On Industrial Parks” has been in place since 2012, but it requires amendment to eliminate corruption barriers, incentivize local authorities, and apply the relevant experience of creation and management of industrial parks on terms favourable to investors in some of Ukraine’s European neighbours.

In the current situation, it is crucial to create a legal platform for the implementation in Ukraine of the European regulatory model, which implies reduced regulatory and supervisory functions of central and local governments and, instead, greater business self-regulation, with an increased role for international business associations, trade organizations, chambers of commerce and industry, and so on.

It is important to acknowledge that, notwithstanding the slow pace of reforms, some very important steps have already been taken. A recent example is the Law of Ukraine “On E-Commerce” signed by the President in late September 2015. For the last three years, this legislation had been the subject of extensive discussion. Although certain expectations of businessmen, lawyers and the public were not reflected in the final draft of the law, the mere fact of its adoption sends a positive signal to prospective investors and proves that the most advanced business methods are being implemented and supported by the government.

Ukraine’s legal community must become actively involved in improving the investment image of Ukraine. On the one hand, this may be quite efficiently done by constructive criticism of existing drawbacks and the drafting of better bills. It is worth emphasizing the efforts of many law firms under the auspices of the U.S.-Ukraine Business Council (USUBC) to prepare a White Paper containing recommendations on the improvement of statutory regulation in all areas of law. A second updated version of this important document has been finalized recently, and there is hope that it will serve as a set of guidelines for lawmakers and government officials responsible for making decisions.

On the other hand, lawyers, especially practicing attorneys, must be proactive in keeping their clients and potential investors advised of those positive changes occurring in Ukraine’s legislative and regulatory environment. At Asters, we regularly update our English language brochure “Doing Business in Ukraine”, outlining the main features of Ukrainian law and explaining key regulatory developments.

So much remains to be done to revive the Ukrainian economy. Lawyers need to take special responsibility since legal knowledge and expertise are crucial in reforming Ukraine’s business climate. This reform process will revitalize the country’s economy and secure the nation’s progress. We all know what should be done – the lawyers who joined the government in different positions, those who consult with governmental structures as outside advisors, mostly on a pro-bono basis, and those who are advising their clients regarding the best legal business practices. So let’s make it happen in 2016. Together we can contribute meaningfully to Ukraine’s success.