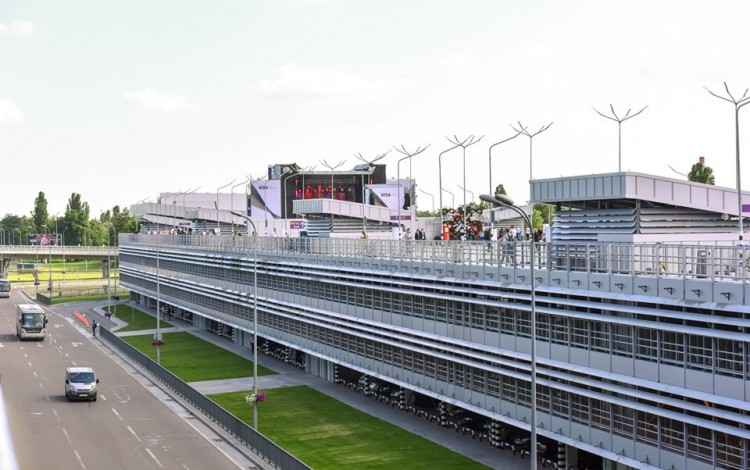 Boryspil International Airport car park has spaces for over 1000 vehicles along with electric car charging points, providing convenience for drivers using what is one of Europe’s fastest growing airports
Business Ukraine magazine

A four-story car park with space for over 1000 vehicles opened at Boryspil International Airport on 23 May, easing vehicle congestion around the airport and providing travelers with long overdue parking convenience. The new facility, which cost an estimated UAH 439 million, comes compete with electric car charging points and a fully automated system indicating free spaces. Fees are modest at UAH 30 per hour and UAH 300 per day, with drop-offs of up to ten minutes free of charge in a bid to reduce traffic flows outside the main terminal building.

The car park opening brings to an end an awkward saga. Work on the facility began in 2011. It was initially due to open in time for Ukraine’s role as co-host of the UEFA Euro 2012 football championship. However, the project experienced prolonged delays amid talk of disappearing contractors and missing money, becoming an embarrassing monument to mismanagement. For much of the past decade, the half-finished shell was one of the first things visitors encountered as they exited the country’s main international gateway.

The launch of the multi-level car park is certainly well timed. Boryspil International Airport is one of Europe’s fastest growing air hubs, with a record 12 million passengers in 2018 and additional 22% growth in the first three months of the current year as Ukrainians fly more than ever thanks to three years of sustained economic growth and the summer 2017 advent of visa-free EU travel. It is the latest in a series of upgrades that have improved access to Ukraine’s busiest air hub. November 2018 saw the opening of the Boryspil Express, offering direct rail service connecting the airport to Kyiv’s Central Railway Station. Preliminary work is now also underway on a four-star hotel to serve the airport. Funded by Israeli investors, the hotel will be located alongside Boryspil’s main Terminal D.