INNOVATION: Introducing the new Baltic blockchain hub that is banking on major interest from Ukrainian clients 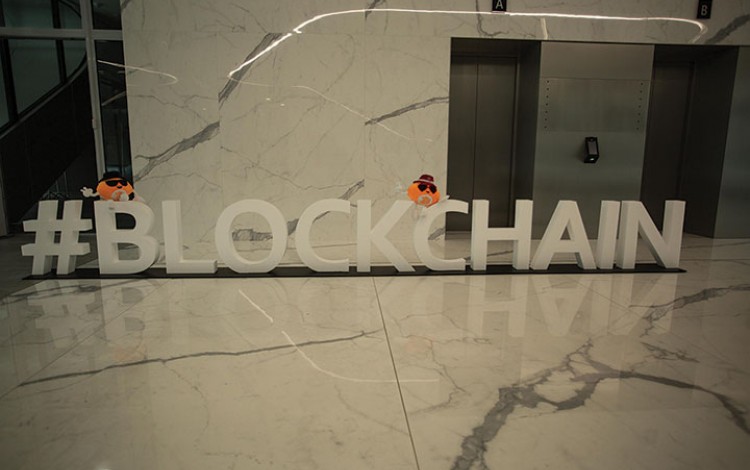 People might be sick of hearing about the rise of virtual currencies and their potential for economic disruption, but the use of the blockchain technology that underpins them is gaining traction. Ukraine features pre-eminently for mining the world’s so-called crypto currencies as its much vaunted information technology (IT) industry contrives uses for this unique software to ultimately build trust between citizens and their governments, while providing tools that offer security to business relationships and protect the integrity of crucial documents.

This Ukrainian enthusiasm for all things blockchain-related was evident at the opening of the Blockchain Centre Vilnius in Lithuania in early 2018. This Centre is positioning itself to serve as a knowledge hub for the emerging technology in Europe. Part of a larger eponymous network that spans Melbourne and Shanghai, it hopes to attract the interest of a significant Ukrainian contingent.

While acknowledging Ukraine as both an integral IT outsourcing destination replete with “talent” and where there is an “ongoing problem of confidence in public institutions,” Paulius Kuncinas, chairman of Blockchain Centre Vilnius, told Business Ukraine magazine that he wants the Baltic country’s hub to be a place for Ukrainians to feel comfortable and help them do business. “This should be a place to meet partners and somewhere they could raise capital and network. This is their home outside of Kyiv, Dnipro, Kharikiv, Lviv and Odesa,” he said of Ukraine’s largest cities where existing IT industry communities flourish.

As the platform that drives virtual currencies such as Bitcoin, blockchain is a potential deal breaker and game-changer in both the public and private sectors. What exactly is blockchain technology? It is encrypted software often compared to either Lego blocks or pages in a book. It cannot be easily hacked or manipulated. Its practitioners say it is “immutable,” to use their terminology, because of the sequential nature of their blocks. To tear out a “page,” for example, is impossible without somebody noticing the intrusion on a particular block’s “fingerprint”.

Each “chain” has its unique content code and comes referenced to its predecessor and successor, making data changes difficult. The technology relies upon a peer-to-peer relationship. It differs from the traditional client-server model whereby an administrator manages data and can easily make changes to it. In other words, for a hacker to infiltrate a blockchain, they would have to re-write the whole system, a labour-intensive effort that even the most sophisticated of the current artificial intelligence augmentative systems cannot accomplish.

This is why the Ukrainian government is using the technology to manage its registry of farmland with the help of technology from BitFury Group, a global technology firm that has an office in Kyiv. The announcement of this initiative came in April 2017. By September, Ukraine’s Justice Ministry had started using the platform to auction seized assets and begun transferring state property and land registries. In this particular case, the technology helped create a ledger of transactions – a chain of blocks – to permanently record and track assets or transactions. This is a potentially crucial upgrade in a country rife with institutional corruption and suffering from numerous examples of shady business partners illicitly taking over businesses by doctoring land or business ownership titles with the use of dishonest notaries and judges.

“In Ukraine, people don’t trust the government and there are in certain cases valid reasons for this,” Gleb Paienko, software senior project manager for Bitfury in Ukraine, told Business Ukraine magazine. “We tell our government interlocutors that with blockchain you can’t change data or remove it, so that when a new government is in place, they’ll have pre-existing records preserved.”

So far, the financial services sector uses the technology the most. The technology assists banks in areas of transparency, trade finance and as a payment system. Other commercial uses include securing provenance, patents and copyrights, said Kristof Van de Reck, Holland-based regional head of Europe and council member of the non-profit NEM.io Foundation. His foundation has developed the technology that a group of Australian farmers now use for tracking supply-chain logistics.

Still, the technology “isn’t ready for prime time yet,” said European Central Bank financial coordinator Dirk Bullmann, because “there’s no level playing field. The technology is still looking for a catalyst.” Other potential uses include preserving or securing identification, licenses, certificates and voting, governance and “track and trace” of transactions or products,” added Van de Reck of NEM.io Foundation. Some want to use the technology to reverse the “expropriation of data” from consumers that financial and online social media companies have done, explained Swiss-based non-profit 20|30 & Pillar Project co-founder Tomer Sofinson. He wants to create a “single” virtual currency wallet controlled by the consumer and which data vendors, online or off, cannot access. This could allow customers to regain “control of their own information.”

Because the technology is still at the trial-and-error stage, it is difficult discerning where the hype ends and where meaningful application begins, visionaries at the Vilnius event conceded. “It’s a ‘chicken or egg’ issue, really,” said Dr. Antif Ansar, program director at the Said Business School at Oxford University, who advised the government of Gibraltar on regulating the use of blockchain technology.

The hype certainly drives interest in the technology. Just by mentioning that it will start using blockchain, “a company can raise its share price,” quipped Layla Dong, who flew to Vilnius direct from the World Economic Forum in Davos where she had been part of the Global Shapers Community. It also encourages charlatans and helps to fuel the proliferation of business scammers that launch ICOs without even using blockchain.

To help prevent fraud, hubs around the world like the one that opened in Vilnius in January serve to educate and connect stakeholders, explained Davidson of Melbourne’s blockchain centre. “It is highly unlikely that anyone who comes to the Blockchain Centre here in Vilnius or in Melbourne for any period of time is going to invest in a scam,” he said. “Our physical location is a conduit for all members of society to come together such as European central bankers, cryptographers, new start-up businesses, legislators, and regulators. This (Vilnius hub) is going to be the right environment for people to look at this technology sensibly and create ideas.”

In order for this exciting technology to blossom, firm foundations and sustainability are essential. The alternative could be another dot.com bubble, said Dr. Ansar of Oxford University. As one of the pioneer countries that are already putting early-stage blockchain technology to use, Ukraine in a good position to lead the global community when it comes to practical implementation, said Kuncinas in Vilnius. “The people of Ukraine deserve better. In that sense, blockchain could be a revolutionary tool for Ukraine,” he said. “It could have a huge impact in terms of overcoming trust issues.” According to Kuncinas, the resulting economic benefits could help to shape the country’s broader development. “Ukraine has a similar problem as Lithuania. It is slowly depopulating. The only way that countries can solve the problem of brain drain and emigration is by creating these kinds of jobs.”

About the author: Mark Raczkiewycz is an American journalist based in Kyiv where he works as The Ukrainian Weekly’s in-country correspondent. He has contributed to Bloomberg, The Financial Times, The Associated Press and other international media publications.