Is Kyiv expat rent too high?

Many new arrivals to the Ukrainian capital are surprised to encounter relatively high residential rental rates, but there is a logic behind these prices and it is not just a matter of overcharging expats, says Sean Almeida 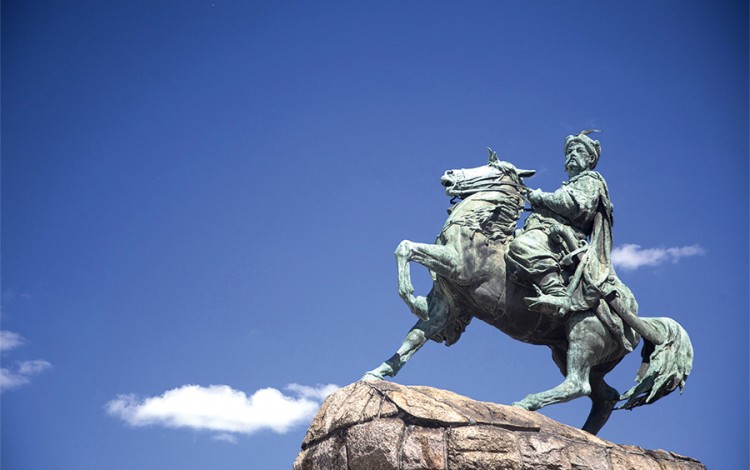 Upon searching for long-term rental options in Kyiv, many first-time foreigners are shocked by the prices they see in terms of the quality of the accommodation that they are being offered. Almost immediately, these new arrivals tend to assume that they are being scammed by shameless real estate brokers or greedy owners, or both. This has helped fuel assumptions that expats are routinely asked to pay inflated rental rates.

Faced with seemingly high rents, foreigners often resort to asking for help in expat-related groups on social media as they seek to understand where they should be looking for accommodation and how much they should realistically expect to pay. Often they say they want the “local price,” not the expat one. Equally often, they are bombarded with comments from well-meaning expats telling them that they should not pay more than USD 500 for a great place in the center of Kyiv. If they have a family and need a larger space, they might be encouraged by comments that for USD 1000 per month, it is possible to rent a “palace” in a great neighborhood. What is the truth about Kyiv apartment prices for expats, and what might make a country with a GDP per capita as low as Ukraine’s have such surprisingly high rental rates?

The first thing that we should mention is that the Ukrainian real estate market is not magically immune from the laws of supply and demand. In a country with an almost catastrophic dearth of general residential housing, never mind the kind of accommodation that meets modern European quality standards, it should surprise no one that prices for good housing in Kyiv often feel out of step with the overall level of economic development in the country.

Today’s Ukraine has less than half as many square meters of housing per person as the European average, with twenty-three square meters per person compared to the general European figure of fifty square meters. This means that there needs to be an additional billion square meters of housing constructed in Ukraine before the country can catch up with European norms. Based on the current rate of new construction in the Ukrainian capital, which some people mistakenly call a “glut,” it will take about 70 years to reach this level. However, when you factor in the amount of currently dilapidated buildings and those that will become dilapidated in the medium-term period ahead, then the current pace of new construction per year is unlikely to ever bring Ukraine up to current European levels. With this deficit in mind, we can return to the issue of rental prices from the perspective of the broader housing market.

The mid-range segment of the Kyiv property market features a lot of locals and expats who often end up competing for the same types of properties. In this segment, you have locals with solid jobs and you have expats who are paying out of their own pockets. Contrary to popular belief, the idea that all expats live right next to Golden Gate or near Kyiv’s downtown Khreshchatyk Street is not accurate. In reality, the Kyiv expat community is spread out over numerous districts of the city as well as in many of the villages the lie beyond the city limits in Kyiv Oblast.

For those who know where to look, it is comparatively easy to find mid-range properties being advertised for rent that are in no way targeting the expat market. However, the bad news is that prices are still likely to be quite high. One significant difference is that properties not aimed specifically at expats are usually priced in UAH as opposed to being fixed in USD, which is often the case for a lot of apartments in the historical center where owners seek expat clients.

In recent weeks, I have seen a twenty-eight square meter place in an old Soviet-era building in an average location available for UAH 11,000. Way further out near to the Kyiv ring road, I saw a forty square meter apartment in a newer building with a fresh renovation that was available for UAH 10,000 per month. Seeing these properties, you might start to suspect that the promises you read on Facebook of a great place in the historical center for USD 500 or a “palace” for USD 1000 might be a figment of somebody’s over-active imagination.

This brings us to the higher end of the market. Here you will find expats armed with budgets assigned (often rather randomly) by their companies or embassies, alongside well-heeled locals. Who do you think ends up paying more? Many would assume it is the expats, but the answer is more complicated.

Generally speaking, these two groups have quite different preferences, even if their rental budgets are exactly the same. Local clients tend to have bad memories of historical buildings in the center where they might have grown up or spent time in the transitional 1990s, so they place a high premium on newer buildings with clean entrances, shiny new lifts, underground parking, and other modern amenities. It would not be unusual for this type of client to pay USD 4000 to USD 7000 per month for a freshly-renovated two-bedroom place, and they might even need more parking spaces for their luxury cars than actual bedrooms.

On the expat side of this market, tenants tend to be more practical and often come with larger families, so the number of bedrooms will be more of a consideration. Besides that, without the memories of tough times in the 1980s and 1990s to color their thinking, many expats have a strong preference for the charm of older buildings in the historical center of Kyiv as opposed to the uninspiring apartment buildings sprouting up in random locations throughout the city. And with dozens of embassies, international organizations, and multinational companies located in the historical heart of the city, being within walking distance of work is regarded by many as the ultimate amenity in light of the ever-worsening traffic situation in Kyiv that can easily eat up hours of your day.

I could write at great length about style preferences. On average, expats tend to prefer a simple Scandinavian style featuring furniture they are not afraid to sit on for fear of ruining something that costs more than their monthly salary, whereas many wealthy locals often have quite expensive tastes more reminiscent of Versailles. The average expat might balk at living in what looks like a museum, whereas a local might decry minimalist decor as overly modest. Due to these diverging preferences, bidding wars between these two groups are generally quite rare. But please note that in cases where a bidding war does break out, the local client is far more likely to win that battle.

About the author: Sean Almeida is CEO of Vestor.Estate real estate agency and has been resident in Kyiv since 2012