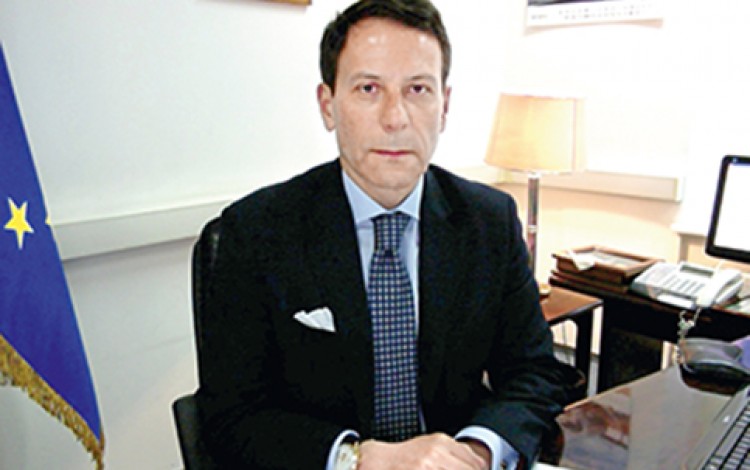 How has Italian investment in Ukraine evolved since 1991?

During the 1990s, Italian companies invested widely and established presences in eastern European countries including Ukraine, mainly drawn by low labour costs. Production was initially destined to be re-exported to Western markets, but in time, this pattern changed. As sizeable personal fortunes were accumulated and average incomes grew, companies saw an opportunity to invest with an eye towards the Ukrainian domestic market.

According to the State Statistics Service of Ukraine, Italy currently holds the 10th place among 123 investor countries. In 2014 alone, Italy invested around USD 1 billion, which roughly corresponds to 2.2% of the total volume of foreign investments in Ukraine.

The total value of Italian investments in Ukraine is actually considerably higher than portrayed by official statistics, as the most significant investments are often through foreign subsidiaries. This was the case in the acquisition (for several billion dollars) by Unicredit Group of two Ukrainian banks (including Ukrsotsbank), which was done through subsidiaries based in Poland (Bank Pekao) and Austria (Bank Austria), an operation which overall accounts for the second largest foreign investment in Ukraine’s history. In a similar way, the Danieli Group, which is involved in steel production and the construction of a sizeable and highly advanced steel mill in the surroundings of Dnipropetrovsk for Interpipe Steel Group, operates in Ukraine through its Luxembourg subsidiary. Taking into account such cases, Italian investments since 1991 stand at about USD 4 billion, placing Italy among the leading foreign investors in Ukraine.

The main Italian investments in Ukraine are concentrated in the financial/banking sector, the energy market and the food industry, as well as construction materials, home supplies and textiles. At the sectorial level, Italian companies in Ukraine can boast a strong presence in the traditional fields of excellence of Italian manufacturing such as textiles and clothing, furniture, construction materials (cement, tiles, other components), and industrial mechanics.

Which areas of the Ukrainian economy are currently considered the most potentially attractive by Italian investors?

Notwithstanding the difficult situation Ukraine is facing, there are several factors that still make Ukraine a highly attractive market for foreign investments. The country is rich in raw materials and metal ores. It has vast portions of fertile and arable land alongside an abundance of timber, and an educated and qualified yet uncostly workforce.

On a related note, sizeable financial aid is being pumped into the economy under macro financial assistance programs drawn up by the EU, the World Bank, the European Bank for Reconstruction and Development, and the International Monetary Fund. Their support will have a stimulating effect on investment in strategic sectors such as agriculture, infrastructure and energy. The latter is especially interesting to Italian companies, which are well qualified to contribute to achieving Ukraine’s goals in terms of energy efficiency, diversification and the development of renewable sources.

Based on your interaction with Italian investors, what are the key issues they raise about the current business climate in Ukraine, and how has the investment climate changed since the fall of the Yanukovych government?

Italian businesses in Ukraine have had to struggle with certain longstanding issues that have hampered investments over the years, namely corruption, excessive bureaucracy and lack of transparency or certainty concerning relevant rules and regulations, resulting in cases of discrimination and market distortions.

The Embassy supports our entrepreneurs, and the Italian business community in Ukraine as a whole, by constantly raising the authorities’ awareness of such problems. To that effect, I have had a range of meetings at the highest political and institutional levels, repeatedly voicing our concerns and those of our companies. In turn, I have received reiterated reassurances that all necessary attention will be paid to solving these delicate matters. The highly cooperative spirit with which our concerns have been met by the authorities, at both local and state levels, is perhaps the most obvious and welcome change that we have experienced since February 2014.

What do you regard as the reform priorities for the Ukrainian government as it seeks to make the country more attractive to Italian and other international investors?

I think that the priorities of the reform process are basically the same ones that make the business climate a challenging issue. Not coincidentally, the issues I previously mentioned have become some of the key points on the reform agenda of the Ukrainian authorities, which have shown a steadfast commitment towards modernizing the country in all fields while following Western standards and experiences as a beacon of political, economic and social development. The economic crisis the country is currently experiencing has given rise to further woes. However, Ukraine has shown incredible resilience. As we stand alongside the Ukrainian people and the country’s institutions, we urge the latter to continue on the path of deep and comprehensive reforms, which I believe are paramount to an improved business climate.