COUNCIL OF EUROPE IN UKRAINE 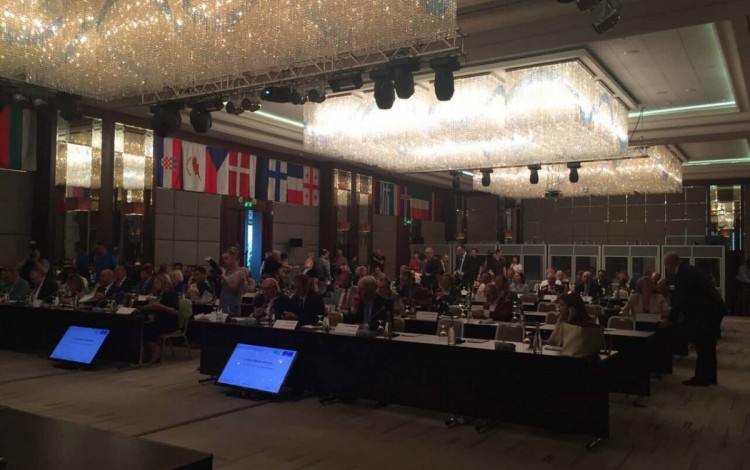 Kharkiv has boosted its credentials on the international stage by hosting a meeting of the Council of Europe’s Congress of Local and Regional Authorities. The event, which opened in Kharkiv on 27 June, was the first of its kind in Ukraine and involved the participation of deputies from 31 European countries.

The event will cover a range of themes related to local government and cooperation between regional and local authorities across Europe. Key focuses will include security, migration and social support.

The capital of eastern Ukraine won the right to stage the June Council of Europe event after beating a challenge from rival host Sicily. The Council of Europe announced the decision to opt for Kharkiv following a session in Strasbourg. Kharkiv Region Governor Yulia Svitlychna called the move, “a clean sign of the confidence our international partners have in the Kharkiv region.”

The Council was held at the Kharkiv Palace Hotel – the city’s first five-star hotel. The hotel was built by Oleksandr Yaroslavsky’s DCH Group as part of Kharkiv’s preparations to host group stage matches during Euro 2012. Mr. Yaroslavsky is credited with having invested a total of more than USD 300 million into Kharkiv upgrades prior to Euro 2012.

Since debuting during Ukraine’s UEFA football fiesta, the hotel has remained a focus of international activity in the region. It served as an international crisis center during the initial stages of the investigation into the attack on flight MH17. Meanwhile, in December 2016, the European Bank for Reconstruction and Development (EBRD) opened a regional office in the hotel.