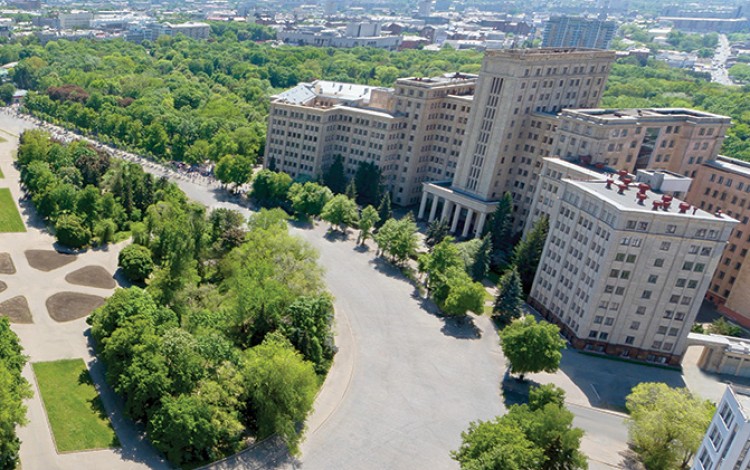 Kharkiv is a city with a rising international investment profile. In the European Cities and Regions of the Future 2018/19 rankings published by the Financial Times fDi service in February 2018, Kharkiv was ranked as the most cost-effective large city in Europe. Of the 40 large European cities studied, Kharkiv was found to have the lowest average annual salary for skilled and semi-skilled workers, the lowest minimum wage, lowest cost of establishing a business, and the most competitive rent for grade A office space. It also had the second lowest costs for electricity and corporation tax.

“To date, a lack of international awareness has been the main limiting factor for Kharkiv’s investment drive, though local officials hope to change that by becoming more proactive in their international outreach. Already, they say, foreign delegations are arriving in the city in droves - and are very likely pleasantly surprised to find a place that is at odds with the global preconception about eastern Ukraine,” wrote fDi Intelligence’s Courtney Fingar.

This positive assessment reflects growing international awareness of the diverse investment opportunities Kharkiv boasts. In addition to cost competitiveness, the city also has powerful industrial, educational and geographical advantages, as well as regional authorities committed to building on this potential. Since her appointment in October 2016, Kharkiv Oblast Governor Yulia Svitlychna has made great strides towards leveraging the region’s strengthens and making Kharkiv an attractive investment destination. In 2017, these efforts helped to generate foreign direct investment (FDI) of approximately USD 388 million.

Kharkiv region is the third most populous region of Ukraine, with a population of just under three million. Meanwhile, Kharkiv itself is Ukraine’s second largest city with a population of more than 1.5 million. With the influx of hundreds of thousands from the conflict zone in the nearby Donbas since 2014, some estimate the current population of the city to be closer to 2 million. It is the most important economic, political and cultural hub in eastern Ukraine and served as the country’s capital for the first fifteen years of the Soviet era. Traces of this period can still be seen in the monumental architecture that dominates much of downtown Kharkiv, creating the unmistakable impression of a major metropolis.

According to Ukrainian government data, in 2017 Kharkiv region was the only industrialized region of Ukraine to record a second consecutive year of industrial growth. At present, the region’s annual industrial growth rate is slightly higher than 6%. This period of sustained growth has enabled enterprises to take on more staff, with the number of workers in the industrial sector of the Kharkiv regional economy rising by three and a half thousand in 2017.

University and IT Hub

One of Kharkiv’s greatest assets is the city’s academic excellence. Kharkiv has a long tradition as one of Eastern Europe’s most important university cities. Today it boasts 96 institutes of higher education alongside more than 170,000 undergraduate and postgraduate students, including thousands of international students from across the globe. Popular study subjects include IT, aerospace design, architecture and construction. This rich academic tradition is also evident in Kharkiv’s status as a center of scientific research, with 217 research establishments in the city employing over 34,000 research staff. The city has a longstanding international reputation for academic achievement, with Kharkiv scientists and academics winning four Nobel Prizes in the twentieth century.

This formidable brain fund has helped make Kharkiv home one of Eastern Europe’s largest IT clusters. Institutes such as the Kharkiv National University of Radio Electronics combine with an expanding network of private sector training courses to produce a steady flow of skilled IT professionals. Schools throughout the Kharkiv region have also been at the forefront of efforts to adapt their curriculums in order to produce graduates with the requisite IT skills to prosper in the city’s fast-growing tech economy. This has attracted a wide range of international IT companies to Kharkiv including social media intelligence innovator Singularex, game developer Plarium, and outsourcing giant Akvelon.

Kharkiv is a key center of Ukraine’s aircraft manufacturing industry. Ukraine is one of only a handful of nations with an aviation industry and Kharkiv plays a central role thanks to a high quality workforce together with numerous design bureaus and manufacturing facilities. Today, Kharkiv is home to an expanding aviation industry cluster accounting for an estimated 70% of Ukraine’s overall aircraft-related production. Specialties including engine design and manufacture. This has proved appealing to international partners. For example, in late 2017 Kharkiv State Aircraft Manufacturing Company and US-based Oriole Capital Group reached agreement on a major investment into the Kharkiv enterprise involving aircraft production orders worth USD 150 million.

Kharkiv region has attracted a number of major multinational investors including Nestle (food production), Malteurop (malt and hops), Philip Morris (tobacco, iQOS), Amcor Rentsch (packing), and Gorenje (home appliances). In addition to this, international conglomerates like Schneider Electric are set to transfer their head offices from Kyiv to Kharkiv, while US nuclear company Holtec and private equity firm SigmaBleyzer both operate in the region.

Machine building and engineering remain important elements of the Kharkiv economy and are part of a long tradition tied to the city’s industrial heritage and academic resources. For example, Kharkiv Turboatom is one of the largest enterprises of its kind in the world. The plant specializes in the manufacture of turbine equipment for hydro, thermal and nuclear power plants. Thanks to diversification, the main markets for Kharkiv Turboatom are currently Ukraine itself, EU member states, Latin America and the countries of Southeast Asia. The company provides ongoing maintenance services globally and has a large portfolio of customers in this segment, creating a steady cash flow that can serve as a platform for further expansion in the years ahead as Kharkiv Turboatom looks to broaden the company’s international horizons further.

Investing in the Future

All this bodes well for Kharkiv’s future development and the city’s ability to build on its considerable investment attraction potential. As fDi’s Courtney Fingar notes, “Quality and skills need to be part of any corporate location equation and here Kharkiv stacks up relatively well. Among large European cities, it posted the second highest expenditure on education and number of higher education institutions in the ranking. Of the 20 Ukrainian cities studied, Kharkiv had the highest proportion of companies in the knowledge sector, the second highest number of jobs created by FDI and the third highest level of FDI capital expenditure on R&D projects.” With stats like these to support it, Kharkiv looks poised to maintain and even improve on its current economic performance while adding to its growing international reputation.

About the author: Olexii Ivanchenko is a specialist on Eastern Ukraine at the Ukrainian government’s investment promotion office UkraineInvest