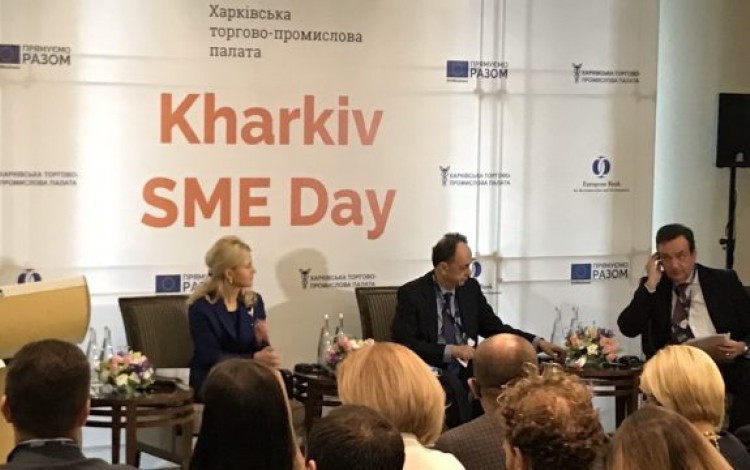 “Over the past five years you have done much to implement reforms. Our task is to help you to make these reforms work,” commented EU Delegation head Hugues Mingarelli. “We appreciate that Ukraine is a country with a lot more to offer than resources. The Kharkiv region has well developed IT, education, engineering, aerospace, and food production industries. We know that there is huge potential for further growth in all these areas. The challenge is to make this happen.”

Mingarelli identified a number of areas for further cooperation in the Kharkiv region including energy efficiency initiatives, healthcare reform, and the participation of Kharkiv universities in the Erasmus+ and Horizon 2020 programs. However, SME sector growth remains a priority.

“It is particularly important for us to support the development of Kharkiv region SMEs. We have worked together with the Ukrainian authorities for the past few years in order to create the right business climate for small and medium-sized businesses to flourish. In Kharkiv, we have established an information center for SMEs to help them access credit,” commented Mingarelli.

The five-star Premier Palace Hotel Kharkiv is a regular venue for key regional business events and plays host to the EBRD’s Regional Office for eastern Ukraine. The hotel was constructed by Oleksandr Yaroslavsky’s DCH Group as part of Kharkiv’s preparations to serve as one of four Ukrainian host cities during the UEFA Euro 2012 football championship, with an approximate overall investment of USD 126 million.