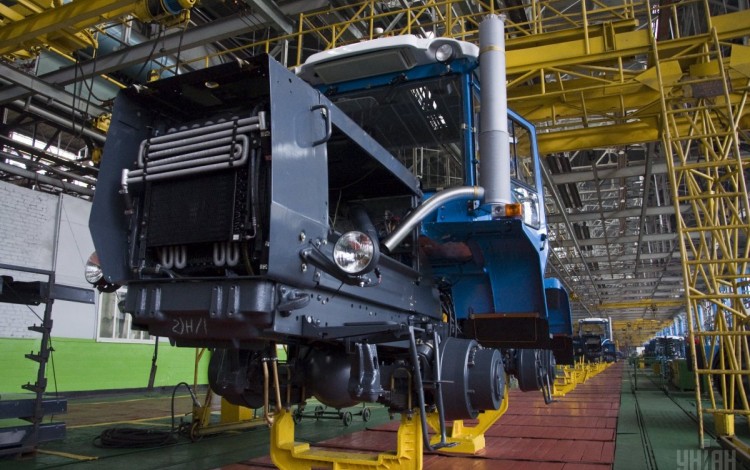 Production has returned to the iconic Kharkiv Tractor Plant following an enforced ten-month downtime period in 2016. During the February-April period of the current year, 302 tractors (ХТЗ-150К, ХТЗ-240К, ХТЗ-17221 and ХТЗ-242К models) came off the assembly line in eastern Ukraine.

Agrarians from Ukraine and other CIS countries are the main consumers of Kharkiv Tractor Plant’s machinery. As reported previously, Oleksandr Yaroslavsky’s DCH group provided credit financing totaling UAH 400 million for Kharkov Tractor Plant in early 2017, allowing the plant to renew production activities. “Stable financial support has enabled the plant management to purchase all the necessary components in a short period of time, fully pay off wage arrears, and carry out preparatory works as well as restarting the production process,” plant officials stated.

Kharkiv Tractor Plant is among Ukraine’s most famous industrial plants, with a history dating back to 1930. It remains one of the largest machine-building enterprises in today’s Ukraine. Thanks to decades of exports to international markets, the plant’s “XT3” tractor trademark is one of the most recognizable Ukrainian brands in the world. Kharkiv Tractor Plant officials say their current strategy focuses on restoring the company’s positions on both internal and international markets.

The plant’s current owner Oleksandr Yaroslavsky has a long record of reviving industrial enterprises together with his DCH group. He has invested more than USD 1 billion in Kharkiv region development projects, including USD 300 million to upgrade Kharkiv infrastructure ahead of the Euro 2012 European football championships. These Euro 2012-related projects included construction of an international airport, stadium, the city’s first five-star hotel, and a range of related facilities.