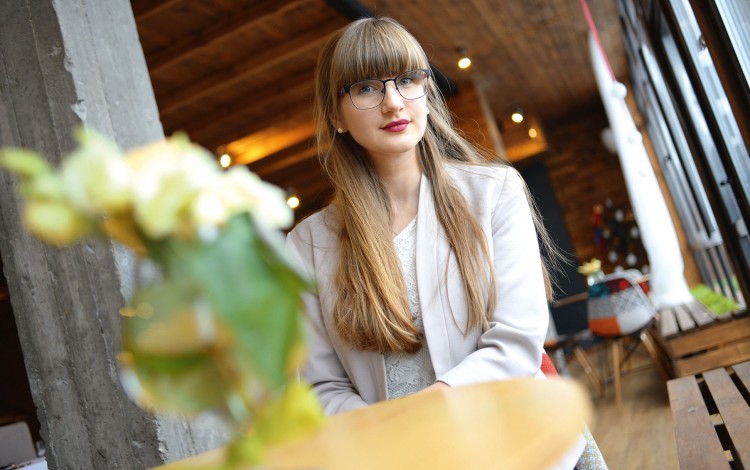 The legal market in Ukraine’s regions broadly mirrored trends in the country’s capital in 2016, with the most striking development being the growth in demand for IT-related services. Regional capitals including Lviv, Kharkiv, and Odesa are home to some of the country’s most dynamic IT clusters, making this one of the most attractive sectors for legal services.

Understaffing issues are a particular issue for the court system in Ukraine’s regions, where the lack of sufficient judiciary personnel grew more pronounced during 2016. There are currently more than 200 courts in Ukraine operating without the services of 50% of judges. This shortage is due to a number of reasons including the conclusion of five-year terms and failure to replace judges who have reached the retirement age of 65. The most critical situation is in Vinnytsia region, where 17 courts have fewer than 50% of judges available for work. Dnipropetrovsk Oblast (16 problem courts) and Donetsk Oblast (15 problem courts) are close behind. This lack of judges has a negative impact on the justice system and regional legal markets across the country. It leads to expanded time limits for individual cases and inevitably results in poorer handling of cases.

In recent years, the capital of west Ukraine has emerged as one of the country’s IT hubs, with new IT companies appearing at a rapid rate to meet growing local and international demand. This has had a positive effect on the broader Lviv economy – including the legal industry. “In Lviv, the IT sector plays a role in both economic and image terms. The growth of the sector is widely welcomed by Lviv law firms because it generates a plentiful supply of clients, meaning there is lots of work for everyone. This includes international corporate structuring specialists, tax lawyers, intellectual property law experts, and, of course, experts in IT contract law. As a result, most law firms and legal practitioners are eager to include IT business support in their service portfolio,” says Andriy Hrynchuk, Chief Executive of Lviv’s Hrynchuk & Partners Law Firm.

The Lviv building boom has also been good for the city’s law firms. Mr. Hrynchuk identifies construction and real estate as particularly dynamic sectors of the Lviv legal market. “Over the past 12 months, increased construction and real estate sector activity has ensured sufficient volumes of work for legal professionals specializing in this practice area. It seems that many domestic investors have grown tired of “sitting on their money” and have come to terms with the risks created by Russian aggression. They have proceeded to pursue traditional investment strategies in real estate, creating fresh demand for legal advisers.”

The current challenging economic environment has reduced client numbers across Ukraine, while remaining customers have often sought out the cheapest possible options, sometimes leading to a drop in service quality. Volodymyr Kostiuk, who serves as Chief Executive at Lex Consulting in Ivano-Frankivsk, says this shortage of demand has encouraged dumping practices among regional law firms as they scramble for an ever-decreasing pool of potential clients. “In the current environment, all businesses are forced to optimize their costs, including for legal services. The quality they recent often leaves much to be desired,” he comments.

Over the past year, lawyers in the Ukrainian Black Sea port city of Odesa have increasingly been turning their gaze towards the horizon as they seek to expand internationally. This is the assessment of Volodymyr Zubar, Managing Partner at Yurline law firm. “In order to survive in the current difficult market, one of the most popular strategic options for larger Odesa law firms is the establishment of relations with foreign law firms. This allows the Odesa law firms to work on international projects,” says Mr. Zubar. “Odesa lawyers are already engaged in providing legal support for cases at the London courts of arbitration, and this is increasingly becoming the norm.” He says that some of his own employees spent more than 100 workdays in 2016 on business trips outside Ukraine, and sees international arbitration and transport law as key growth sectors for the current year.

In 2016, the industrial city of Dnipropetrovsk was renamed Dnipro. This was the biggest single renaming event in Ukraine’s nationwide decommunization process, but it had little impact on the legal market, beyond creating the need to address some registration issues. The main complicating factor in Dnipro was the city’s closeness to the Russian hybrid war in the nearby Donbas region. “The overall economic situation in the region continues to be affected by its proximity to the conflict zone,” says Yevheniy Smirnov, Managing Partner at the Lawyers Union “Smirnov, Tarasevich & Partners”.

The economic troubles in the region have hurt the local steel industry, which has traditionally played a key role as an engine of progress for Dnipro as a whole. However, Mr. Smirnov identifies tangible growth in demand for legal services from the agricultural sector – a trend that reflects growing international investor interest. Ukraine has historically enjoyed a reputation as Europe’s breadbasket, and Mr. Smirnov confirms that the grain market is currently attracting the most attention.

Fellow Dnipro legal sector executive Aleksey Savchuk identifies growing IT sector demand as one of the key dynamics shaping the city’s legal services market in 2016. Mr. Savchuk, who serves as Chief Executive at Dnipro’s Assyria law firm, has noted more and more IT companies looking for help as they mature and seek to develop a greater international presence. This is a trend identified throughout Ukraine’s regions, reflecting the explosive (and lucrative) expansion of the country’s IT industry. “There has been a marked increase in the number of requests from startups and IT companies requiring legal support as they attempt to enter the European and American markets,” he says.

Mr. Savchuk also believes law enforcement reforms and personnel changes have had the knock-on effect of encouraging companies to seek legal representation. “Customers are now more willing to pay for legal assistance,” he confirms. “While I would like to think otherwise, I do not believe this development reflects a growing sense of civic responsibility. It is all about economic efficiency. Due to frequent personnel changes in the law enforcement system, nobody can guarantee that closed or pending criminal cases will remain so.” Given this uncertainty, he argues, growing numbers of clients have reached the conclusion that legal methods are objectively cheaper.

Ukraine’s second city and former capital Kharkiv witnessed growing demand for legal services in 2016 according to Vileon law firm Managing Partner Yuriy Vyshnevetskiy. He identifies criminal law as one of the most popular practices of the past year, and attributes this to the government’s ongoing anti-corruption efforts. “This trend is due to the establishment of new law enforcement agencies and the intensified activities of state bodies seeking to counter corruption. This has meant criminal prosecution of officials and attempts to criminalize transactions that would previously have been considered legal.”

In line with Ukraine’s other regional capitals, Kharkiv’s legal industry has also witnessed a spike in demand for IT sector services. With more institutes of higher education that virtually any other East European city and a long tradition of technological innovation, Kharkiv is a natural breeding ground for IT excellence. Unsurprisingly, it has emerged in recent years as home to one of the most dynamic IT clusters in the country. This has opened up new avenues for the Kharkiv legal sector. “With the expansion of the regional IT market, demand for legal services from IT business has also increased,” says Mr. Vyshnevetskiy. “The most popular legal services in the field of information technology include consulting on the choice of IT business model, development of strategies to protect intellectual property rights and trade secrets, drafting contracts, and assisting in the general business activities of local IT companies,” he comments.