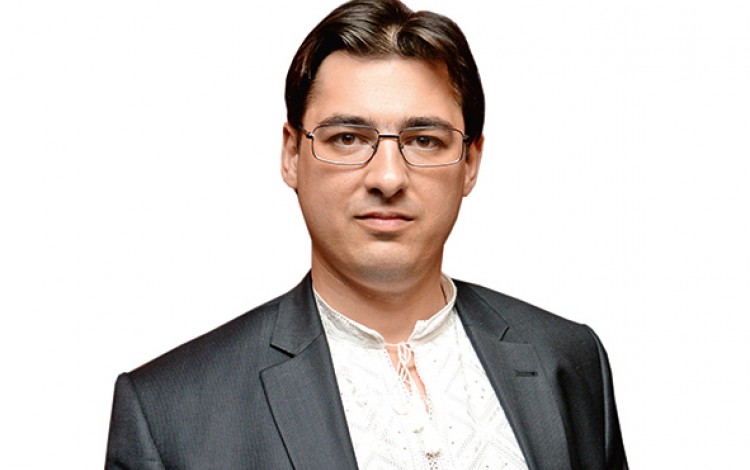 The past year has been steady but unspectacular for the Ukrainian legal industry. There was no explosive growth in the legal sector, but none was expected. Some firms saw revenues increase considerably, but in overall terms, the market remained well below pre-crisis levels. For most law firms, 2016 was a year of resource redeployment in anticipation of future market growth. The exact trajectory of this hoped-for future growth is yet to be determined. Reforms in the judicial sector remain a crucial consideration for all Ukrainian law firms, with no clear evaluation at this stage of what the possible influence on the market these reforms may have.

Lack of demand and a relative absence of solvent customers are still dominant market trends. This has inevitably resulted in increased competition, especially in the field of dispute resolution. Unsurprisingly, 2016 saw litigation law firms posting some of the best dynamics. Another prominent trend in the current crisis market is increasing specialization — even at full-cycle law firms, only three to five key practices were reliably income-generating in 2016. In this challenging climate, dispute resolution is the present market-leading practice. Defending businesses and individuals in criminal proceedings is also in demand, though this does not apply to many of the most lucrative practices. In light of market conditions, corporate law practice results in 2016 (including a handful of M&A transactions) qualify as quite impressive.

Legal sector business trends in 2016 reflected the broader ailments of the Ukrainian economy. Perhaps unsurprisingly, there was a noticeable increase in the scope of work with distressed assets. In 2016, bankruptcy practice contributed 4.6% to the total earnings of Ukraine’s top 50 law firms, while debt restructuring accounted for 4.5%.

Meanwhile, corporate law practice accounted for the third-highest level of income (7.3%). Even during the crisis period, there is clearly still significant demand for both corporate-wide consulting and high-level industry expertise. The land and real estate practice witnessed some interesting developments over the past year. Despite some stagnation in this area, 58% of market participants continued to post profits – albeit with small margins of less than 5%. The resilient profitability of this sector might be due to the fact law firms continue to provide legal support for a number of long-term projects.

The employment and labor law practice experienced rapid development in 2016, and is widely tipped to have good prospects going forward due to an extensive list of labor-related issues emerging on Ukrainian business landscape. Dynamic sectors such as the IT industry will stimulate further demand for law firms in this field. Another area expected to offer attractive prospects is international trade practice. Many industry experts anticipate further active development in line with deepening trade relations with the EU.

Who is paying for Ukraine’s legal services? The banking sector emerged as the principal employer of legal services in 2016, accounting for 18.9%. Second place went to the agriculture and food industry (10.9%), while the real estate and construction sector was ranked third (8.4%), closely followed by energy and natural resources (8.3%). The pharmaceuticals and cosmetics sector was the last of the top five ranked employers of Ukrainian law firms in 2016, accounting for 6.8% of the overall market.

How much are they paying? Legal services pricing policy is currently under review on a global scale and this process is underway at the local Ukrainian level. In Ukraine, the economic crisis and the devaluation of the national currency have amplified this trend. There is no standard approach among Ukrainian law firms, with the previously popular hourly rate now increasingly seen as, at best, a guideline or base figure. The bottom line for most companies in 2016 appears to have been flexibility alongside a desire to maximize value. While most of the companies who participated in the TOP-50 ranking classified their fees as confidential, available data did highlight some interesting trends. The most striking was the differentials between service rates among regional law firms, with five-fold gaps between minimum and maximum rates in certain regional markets.

Numerous Ukrainian lawyers were also on the move in 2016, either switching law firms or receiving promotions. Juscutum was particularly active in team reinforcement and development of new practices. The firm strengthened its tax practice, led by Partner Nataliya Radchenko who joined Juscutum together with the team from Legal House law firm. Yuriy Kotlyarov, a specialist with a 19-year record whose previous experience includes eight years as head of the legal department at Ukrtelecom, became head of the firm’s newly created telecommunications practice. Moving in the other direction was Dmitriy Gadomskiy, who founded new IT boutique firm Axon Partners with a group of fellow former Juscutum IT lawyers.

Spenser & Kauffmann was one of the most active players in the brain market. The firm doubled the number of partners and advisors over the year. This advisor status is decidedly temporary, it would seem. According to Managing Partner Valentyn Zagariya, “A lawyer has advisor status for a year and then becomes a partner or falls into oblivion”. Banking and financial law advisor Nicholas Likhachyov joined the firm at the end of 2015. IT and anti-trust specialist Tatiana Kharebava has since joined him. Meanwhile, Volodymyr Yaremko became head of the firm’s cross-border litigation & arbitration practice, and Tatiana Ivanovich took on the role of head of private client practice, and Maryna Tomash became responsible for tax practice.

Arzinger appointed three new partners in 2016 in the shape of company advisors Katerina Gupalo, Andriy Selyutin and Oleksander Plotnikov. Among this trio, Mr. Selyutin had previously served as head of Arzinger’s southern Ukraine branch office. Compared to previous years, Integrites law firm was relatively inactive in terms of personnel changes, with just two high-level appointments at the Kyiv office. Svyatoslav Sheremeta became a partner and head of corporate law and M&A practice, while Serhiy Shershun became an antitrust law practice advisor. At the same time, significant changes took place within the Integrites management team: Dr. Oleksiy Feliv became Kyiv office Managing Partner and Nika Avayan became Chief Executive Officer. Other key industry promotions in 2016 included the appointment of Oleksandr Voznyuk as Partner at Asters. Asters also promoted Tetiana Vovk to the position of firm advisor for competition and antitrust law. Artem Naumov became a partner at ILF, where he will specialize in IT and agriculture.

Rallying to the reformist agenda

Since 2014, the Ukrainian legal industry has provided many of the personnel charged with managing Ukraine’s ambitious post-Euromaidan reform process. The past year has seen this process continue, with some of the earlier intake now returning from government service to legal practice. Oleksandra Pavlenko, who occupied the position of the First Deputy Health Minister of Ukraine for a year and a half, returned to private practice. Baker McKenzie Kyiv office Partner Olyana Gordienko became a member of National Securities and Stock Market Commission via presidential decree. The most high-profile switch to state service was that of Daniel Bilak, Managing Partner at the Kyiv office of CMS Cameron McKenna, who took up a one-year post in November 2016 as Director of Ukraine Invest, the Investment Promotion Office of Ukraine. The experienced Canadian will now focus on helping Ukraine to sell itself to international investors until December 2017.

The release of the annual TOP-50 ranking also allows us to observe key trends within the individual firms making up the legal industry, and lets us take a detailed look at the composition of the country’s leading legal services companies. The picture that emerges is one of an industry enjoying a renewed sense of relative stability without being overly bullish about short-term market growth. In general, demand for legal personnel is lower than supply. Law firms are reluctant to increase the number of employees they have on their teams. Instead, most appear to be taking a rather pragmatic position towards their anticipated legal workload in 2017.

The results of this year’s survey indicate that the average top 50 Ukrainian law firm employs slightly over 30 lawyers, with at least five or six partners. According to the ranking findings, two thirds of Ukraine’s top lawyers have over five years of work experience. The average career length of employees at leading law firms is five to ten years, accounting for some 30% of the total. A further 21.1% of lawyers boast ten to fifteen years of legal sector experience, with just 12% of lawyers with more than fifteen years of practice on their CVs.

The law firms included in the TOP-50 ranking have an average of five to six partners. The largest number of partners (14) is at Asters. Integrites occupies second place with 12 partners. Baker McKenzie have ten partners. The average ratio of partners to salaried lawyers is around 1 to 4.5. This is close to optimal, with conventional wisdom dictating the ideal number of partners being 15% to 20% of all lawyers in a mid-sized law firm. Ukraine’s top 50 law firms fit this model closely.

The ratio of lawyers (including partners) and administrative personnel at Ukrainian law firms is also of interest. At top 50 law firms, the average ratio of lawyers to other employees is virtually equal at 2 to 2:1. At international and larger Ukrainian law firms, this number of non-lawyers is somewhat higher — with a ratio of 1 to 1.6. It should be noted, however, that different law firms employ different approaches when it comes to classifying certain positions as “lawyers” and “service personnel”. For example, at some law firms, paralegals (assistants) are considered administrative personnel, while at the others they might be classified as junior lawyers.