Lviv prospers as Ukraine's gateway to the European Union: the residential real estate market in the capital of western Ukraine is thriving as the country continues along the path towards greater EU integration 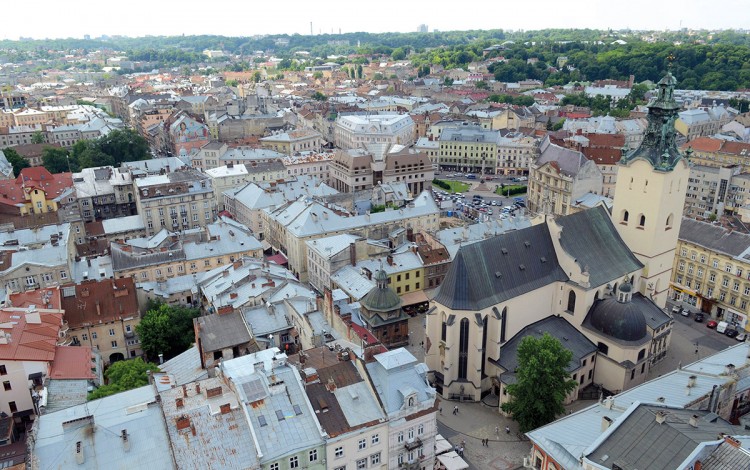 Best in the west: Lviv is experiencing a residential real estate boom fuelled by the city's robust economic growth and influx of people fleeing the Russian hybrid war in eastern Ukraine and Crimea
Business Ukraine magazine

Ukraine’s ongoing economic recovery is making itself felt in the real estate market throughout the country. However, the scale of this recovery differs significantly from region to region. Local factors ranging from the presence of reformist municipal authorities to the proximity of Russia’s hybrid war all play a role in determining the robustness of each regional real estate sector.

Beyond Kyiv itself, the real estate sectors in most Ukrainian cities continue to share a number of characteristics. Local developers and contractors tend to dominate, with one or two major companies generally accounting for around half of the local construction market. These entrenched positions are often due to close ties with the city authorities and long-established networks that in many cases date back to Soviet times.

Most of the current real estate activity in Ukraine’s regional capitals focuses on residential real estate, with a very limited number of retail and office development projects such as shopping centres in Dnipro, Lviv and Odesa. The regional balance is currently strongly in favour of western Ukraine, which is hardly surprising given continued Russian aggression in eastern Ukraine and the growing economic impetus on westward integration with the EU.

LVIV: Ukraine’s gateway to the EU

Lviv is Ukraine’s most quintessentially European city, both in terms of heritage and architecture. It is also the city to have benefited most from the country’s EU pivot. Located just over 50 km from the European Union’s eastern border, Lviv has proved an appealing option for a growing number of international investors seeking to capitalize on Ukraine’s attractive combination of competitive costs and closeness to EU markets. These geopolitical benefits have added to the solid foundations laid by long-term city mayor Andriy Sadovyi, who is widely credited with creating an investment-friendly environment while strategically targeting the IT industry and tourism sector as twin economic engines.

The Lviv real estate sector is currently by far the most robust of any regional Ukrainian market, with shopping centres, hotels, office complexes and other projects all reaching completion over the past 12 months alongside what is a booming residential market. Lviv currently has 214 residential projects on sale, both in the city and the surrounding suburbs. Many of these properties feature European-style architecture and facilities, with prices that are close to those found in Kyiv. Clients for these properties range from locals seeking upgrades from Soviet-era accommodation to Ukrainian economic migrants earning money abroad with a view to purchasing a family home. There has also been a significant influx of Ukrainians from the Donbas conflict zone, although this market probably peaked in 2014 and early 2015.

Lviv’s tourism industry has become increasingly important for the regional economy, but while a steady flow of new cafes, bars, restaurants and souvenir stores has helped the city keep pace with the growing tourist trade, there is still a shortage of quality hotel and hostel options. This is likely to be one of the big growth areas in the coming five to ten years, with out-of-town leisure complex developments already proving popular options.

Odesa occupies second place among Ukrainian regional capitals in terms of residential real estate, with 116 new projects currently on the market. The Black Sea port city’s residential real estate sector is currently proving popular for speculative purchases, with clients looking to capitalize on the appetizing combination of a growing tourist trade alongside limited hotel capacity. Odesa has seen the number of tourists visiting the city rocket in recent years, thanks in large part to the Russian annexation of Crimea. With the occupied Ukrainian peninsula effectively off-limits and the devaluation of the Ukrainian currency making trips abroad prohibitively expensive, many have opted for Odesa instead. The city has thrived in the role of Ukraine’s summertime capital, but it still lacks the kind of international brand name hotels most people would associate with a major regional resort. This is partly down to infrastructure issues. The newly completed Odesa International Airport terminal building remains closed to the public and subject to endless delays, while the local roads are notorious bad, even by Ukrainian standards. If these issues are fixed, the real estate sector will experience a surge in investment.

The entire east of Ukraine has been hard-hit by the Russian hybrid war in the Donbas, with many regional development projects understandably put on hold in response to the conflict. Kharkiv has proved the most resilient market in the region. Located just a few dozen miles from the Russian border, Kharkiv was a key Kremlin objective in spring 2014, but a combination of local opposition and effective security counter-measures allowed the city to avoid the fate of Donetsk and Luhansk. Real estate activity in today’s Kharkiv is currently on a smaller scale than the development projects in Kyiv and western Ukraine, but there is nevertheless an active market that many analysts regard as significantly underpriced. There are currently 70 new residential real estate projects in the city, mostly falling within the economy segment. This is a particularly dynamic price range due to the arrival in Kharkiv region of hundreds of thousands of Ukrainians fleeing the fighting in the Donbas. If the military situation stabilizes in the Donbas, prices for Kharkiv real estate will likely increase accordingly.

With special thanks to Ukrainian Real Estate Club (www.ureclub.com)