From IT and tourism to alternative energy: a sector-by-sector look at some of Lviv region’s most attractive investment opportunities 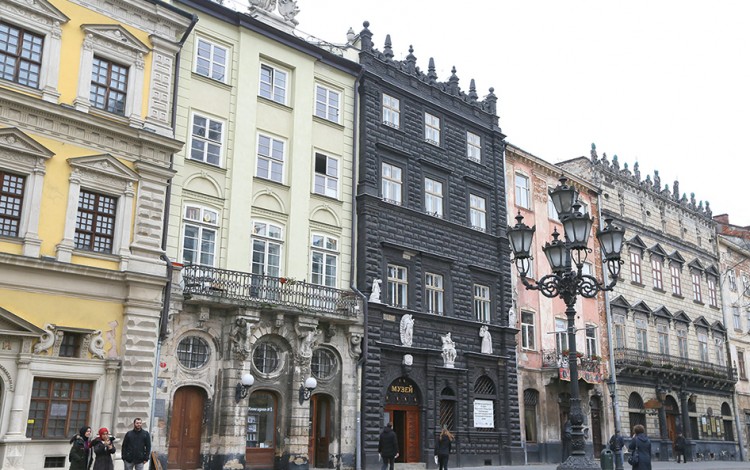 Lviv has big ambitions. The ancient capital of western Ukraine is eager to market itself on the global stage, and is one of the few places in the country to have created an international brand for itself. The city’s slogan, “Lviv is open to the world”, perfectly captures these aspirations to boost international engagement. Growing numbers outside the region seem to share such sentiments. Foreign investors are increasingly interested in Lviv and the surrounding region, but many lack the requisite practical insights and legal guidance to capitalize on the opportunities the region offers.

The core advantages of Lviv region are already sufficiently public knowledge and do not require further elaboration. These include close to proximity to the EU border, deep historical and cultural ties with the rest of Central Europe, and a large pool of well-educated professionals. However, specific investment opportunities in the most promising sectors of the Lviv region economy are significantly less well known.

While the Ukrainian capital Kyiv now enjoys an extensive range of office premises, Lviv, with its fast-growing businesses, currently suffers from a dramatic lack of suitable office space. As a result, offices tend to appear anywhere and everywhere. The list of improvised locations includes old apartment buildings, former Soviet administrative buildings, and even abandoned factories. Unsurprisingly, the occupancy rate for non-residential premises in Lviv is very high and prices are increasing steadily every year. The same applies to warehouses and production premises. The number of shopping centers, entertainment complexes, and conference venues in the city is also insufficient. This market gap creates unique opportunities to meet demand, while also making it realistic to attract anchor tenants at the early stages of commercial real estate projects.

In light of recent legislative changes to support the development of infrastructure concession projects and public-private partnerships in Ukraine, Lviv region’s road infrastructure is worth considering as a long-term investment opportunity. This is especially true given the importance of transport connections for the region due to its close ties and growing trade with nearby EU markets. Other infrastructure areas that deserve a closer look include railways and aviation, heating and water supply, public transportation, and smart city innovations. Meanwhile, effective waste management systems and waste recycling projects are still not in place in Lviv region. This sphere offers considerable investment opportunities in areas including waste collection and sorting, recycling plants, waste-to-energy projects, and other initiatives for the further utilization of the region’s waste.

Lviv is among Ukraine’s leading regions for alternative energy sector investment. There are currently up to 50 solar stations and 2 wind stations operating in the region, which collectively produce over 280 MW of energy. This sector has great potential for further growth, as Ukraine’s State Energy Strategy is to reduce the country’s natural gas consumption and increase the share of renewable and alternative energy sources. Investors should study recently adopted legislation on energy auctions when considering long-term commitments. Another energy-related investment option is energy storage as a tool for balancing energy supplies. There are also considerable opportunities in the development of the region’s energy network infrastructure.

Agriculture is one of the traditional focuses of international investor interest in Ukraine, and this remains the case for the Lviv region. The anticipated end of the longstanding moratorium on the sale of agricultural farmland is an additional factor here, with restrictions set to stay in place for foreigners. Nevertheless, agriculture is still high on the investment agenda. Key focuses in the Lviv region include fruit and vegetable cultivation, along with stockbreeding and dairy production. There is currently a lack of investment in advanced agricultural techniques and food processing, with the possibility of exporting foodstuffs to nearby EU markets making the production of value-added agricultural produce particularly appealing.

Manufacturing in general has been one of the leading investment trends in the Lviv region for the past twenty years. Relocating production facilities to the region allows for significant cost efficiencies while remaining close to EU consumers. However, Lviv region has recently experienced an outflow of skilled workers to neighboring countries, making it harder for investors to meet their recruitment and production capacity targets. Lviv region remains an attractive manufacturing option, but potential investors who are considering relocation should not count on paying minimum salaries.

Over the past decade, Lviv has earned a reputation as a globally recognized IT outsourcing center. The city is now also receiving international attention as a hub for outstanding startups and tech product companies that are developing their own innovative solutions. There are a number of noticeable examples where investments have allowed Lviv-based IT companies to significantly boost revenues that were already in the billions, offering the prospect of further rapid multiplication of future investments over short periods.

Lviv is an interesting R&D department destination for international tech corporations looking to develop new services and products. The city’s large pool of IT professionals includes many highly skilled engineers and qualified experts. Growing numbers of companies are also now considering Lviv as a competitive destination for business process outsourcing (BPO) centers. This includes outsourcing a range of services such as HR, accounting and call centers for businesses operating in Europe, the CIS region, and even North American markets.

Lviv region has established itself as one of Ukraine’s most popular tourism destinations, with both numbers and average spends on the rising from year to year for well over a decade. Nevertheless, in some senses, the region remains unprepared for the rapid growth of its tourism industry. Lviv in particular suffers from a lack of suitable accommodation for increasing numbers of visitors. The region as a whole needs to attract more hotel operators, including international brands. Niche tourism offers particularly attractive investment opportunities, with medical tourism high on the list of the region’s tourism development priorities thanks to a large number of spa resorts.

Ukrainian legislation does not require investment permits, while there are also no restrictions on foreign nationals owning buildings or land (except for agricultural land). Investors can look to a range of investment protection mechanisms via national legislation, special state agencies and international treaties. Nevertheless, it is advisable to involve experienced legal advisors at the early stages of any investment project in order to conduct due diligence, obtain merger clearance from antitrust authorities, analyze tax issues, develop corporate structure and transaction documents, and support communication with the relevant state authorities.

With international awareness of Lviv region’s investment appeal in the rise, there is a growing sense that now is the time to enter the market. Those who choose to wait today may find their niches already occupied by their competitors tomorrow. Anyone contemplating investment in the Lviv region would be wise to consider the words of Irish playwright George Bernard Shaw, who famously observed, “The people who get on in this world are the people who get up and look for the circumstances they want and if they can’t find them, make them.”

About the authors: Timur Bondaryev is the Founding and Managing Partner at Arzinger. Natalia Anokhina is a Senior Associate at Arzinger West Ukrainian Branch.