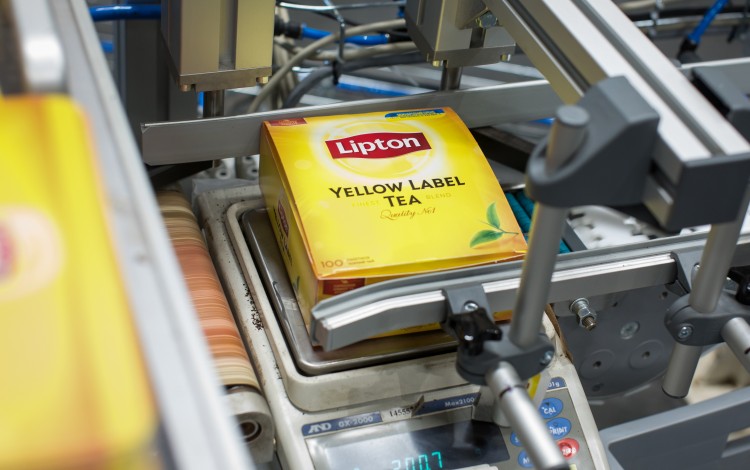 Anglo-Dutch consumer goods giant Unilever has established its first production facility in Ukraine in a move that signals the company’s long-term commitment to the Ukrainian market and its faith in the country’s economic fundamentals. The new plant is located in the Kyiv suburbs and employs the latest international tea production technologies. It will produce a range of Unilever tea brands for domestic consumers, while also paving the way for possible future export to EU markets. The factory began operations at the end of June following a whirlwind nine-month construction cycle.

The new factory will produce tea brands Lipton, Brooke Bond, and Besida. Raw materials for tea production in Ukraine will come from plantations in Kenya, Sri Lanka, India, Argentina, Indonesia and Vietnam. The plant incorporates German and Italian technologies along with the latest Unilever global standards of minimal ecological impact and the company’s ‘zero waste to landfill’ policy. The 9000 square meter facility cost around EUR 8.3 million to construct, representing a major investment in the Ukrainian market from one of the world’s largest consumer goods companies.

Unilever Ukraine head Vasyl Bovdilov called the construction of the plant a landmark step for the company in Ukraine that would simplify supply issues and reduce dependency on imports while creating the basis for future exports. Until relatively recently, much of Unilever’s tea production had arrived on the Ukrainian market via production facilities in neighbouring Russia. However, the advent of trade barriers and rising geopolitical tensions between the two countries in the wake of the Euromaidan Revolution have made this cross border model impractical.

Unilever CEO Paul Polman, who flew to Ukraine to attend the opening of the new facility, said he personally wanted to be present for what he termed as ‘a landmark event’. “Who says you can’t be agile and entrepreneurial in Ukraine once you’ve made the decision?” he commented. “Ukraine is an important strategic market for Unilever, so it is no surprise to see us make this investment.” Polman also voiced his confidence in the fundamentals of the Ukrainian economy, which he believes is now heading in the right direction after a period of unprecedented challenges and sustained volatility. “Foreign direct investment projects like the construction of this plant will be crucial for the continued recovery of the economy. It is the right decision and a sign of our long-term commitment to Ukraine,” Polman offered.

The new Unilever facility is located in the town Gostomel in the northwestern suburbs of the Ukrainian capital. The town was previously best known as the home of Gostomel Airport, an international cargo airport that serves as the base for Ukraine’s Antonov An-225 plane – the world’s largest operating aircraft. The arrival of the Unilever factory has already had a visible impact on this quiet Ukrainian satellite town.

The distinctive yellow-and-red branding of the company’s flagship Lipton tea brand can be seen dotted throughout Gostomel on playground areas, beach umbrellas and building facades. This is all part of the Unilever policy of engaging with local communities by providing communal facilities and organizing local activities. Residents of the town recently set a new Ukrainian record when over three thousand people took part in a tea-drinking ceremony on Gostomel’s pretty lakeside beach.

Similar community events will follow as the global consumer giant sets out to highlight its local production credentials. Lipton tea packaging now carries the slogan ‘International Brand - Made in Ukraine’. This is a savvy nod to the current nationwide trend towards purchasing Ukraine-made goods. “It’s important for us to be close to our customers,” Lipton brand manager Nadezhda Fomina told Business Ukraine magazine, adding that the new factory boosted Ukrainian consumer confidence while tapping into current public enthusiasm for locally produced goods. “We are now able to promote international quality while appealing to patriotic sentiment,” commented Fomina.

Investing in Ukraine Made in Ukraine Ukrainian manufacturing Unilever