Oleksandr Yaroslavsky upbeat about Kharkiv’s response to the coronavirus crisis 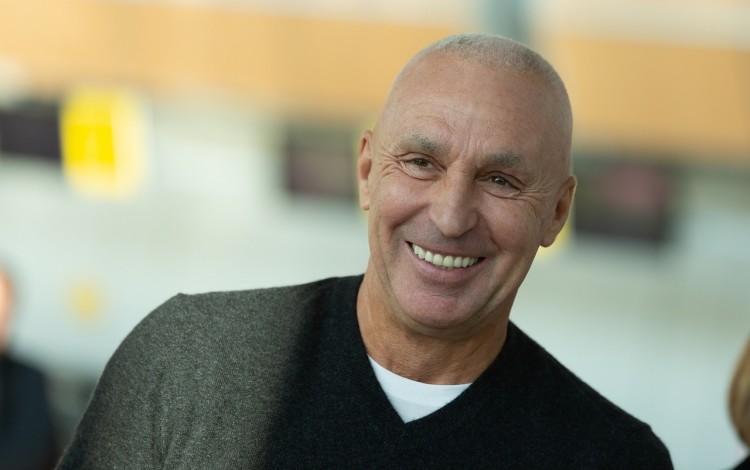 Ukrainian business leader Oleksandr Yaroslavsky gave an interview to Radio Liberty on 21 April in which he shared his views on Kharkiv region’s response to the coronavirus crisis and outlined his plans to establish a world-class virology center in his native city.

DCH Group president Yaroslavsky was one of a number of business leaders who participated in a 19 March meeting with President Zelenskyy to address the country’s response to the pandemic. He said a meeting of this kind was unusual and allowed for broad discussion of the fight against the coronavirus. When asked what the involvement of business leaders said about the role of the government in the crisis, Yaroslavsky observed that it clearly demonstrated the presence of a strong business community.

Yaroslavsky was actually among the first prominent figures in Ukraine to be involved in anti-coronavirus activities after he received advance warning of the coming threat via a message from Chinese billionaire Jack Ma, who was Yaroslavsky’s personal guest in Kharkiv in autumn 2019. Ma explained the difference between rapid tests and the more reliable PCR tests to Yaroslavsky, and was able to arrange for the delivery of 50,000 PCR tests to Ukraine, while Yaroslavsky purchased a further 100,000 PCR tests and additional medical supplies needed to identify and monitor the spread of the virus in Ukraine.

Yaroslavsky was positive in his assessment of Kharkiv region’s response to the crisis, comparing anti-coronavirus measures to the reliability of the Kharkiv Tractor Plant vehicles for which the city is famed. He praised the municipal and regional authorities for their rapid response and also noted the discipline of the population in adhering to lock down measures. “I’m in contact with the major around the clock and regularly speak with the governor,” he offered. “There is no drama. Everything is in place and runs smoothly. We have a job to do and we are doing it.”

For Yaroslavsky, this has not been the first experience of working closely with the municipal authorities to coordinate a major undertaking in the life of the city. He recalled how similar cooperation had developed during the preparations for the Euro 2012 European football championship, which Kharkiv participated in as one of four Ukrainian host cities. “People know us and they know we will achieve what we set out to do,” he commented. “There is a sense of confidence that we will get the job done together with the mayor and the governor.”

Looking ahead, Yaroslavsky also outlined his plans to establish a national virology center in Kharkiv within the framework of the Ecopolis technopark that is set to emerge within the grounds of Kharkiv Tractor Plant. “The idea arose and I agreed to provide financing, while the mayor also expressed his readiness to help. The center will be part of the Ecopolis medical hub and will feature state-of-the-art facilities including the latest equipment.”

Yaroslavsky said he plans to invite Ukraine’s leading virologists to Kharkiv to join the project. Inspired by President Zelenskyy’s offer to pay any scientist who creates a coronavirus vaccine a USD 1 million prize, Yaroslavsky said he would also be prepared to fund a breakthrough in the fight against the global pandemic. “I cannot offer more than the president as that would be tactless, so I’ll give one million minus one dollar,” he quipped.

At the end of the interview, Yaroslavsky stressed that he will remain in Ukraine and continue working to help Kharkiv overcome the challenges of the coronavirus crisis. “I can’t get sick, because I have too much work to do,” he commented. “I can’t fly away, either. The airport belongs to me, and it is closed.”