Promoting Kharkiv in the US 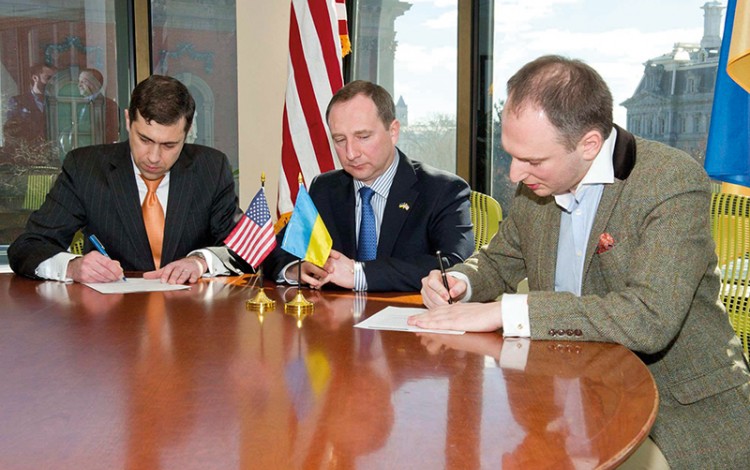 Kharkiv is leading the way among Ukraine’s cities in terms of international investment promotion. While efforts to establish national investment promotion bodies are finally beginning to gain ground in Kyiv itself, the capital of eastern Ukraine has had its own representative office in the US since autumn 2015. Business Ukraine magazine invited Shai Franklin, the Director of the Kharkiv Regional Representation Office in the United States, to outline the key goals of this investment initiative.

The Kharkiv Region Representative Office was founded in 2015 by the GloBee International Agency for Regional Development, with the support of the Kharkiv Oblast State Administration. On 22 September 2015, the official presentation of Kharkiv Region Representative Office took place at the US Embassy in Ukraine with the participation of the US Ambassador to Ukraine Geoffrey R. Pyatt, the Head of Kharkiv Oblast State Administration Ihor Rainin, and the Minister of Internal Affairs of Ukraine Arsen Avakov.

Kharkiv delegation in DC and NYC

Using facilities in Washington and New York, in 2016 the Kharkiv Region Representative Office was successful in raising visibility, connecting Kharkiv region more deeply with the United States, and identifying substantive opportunities for the further development of bilateral ties. In late February 2016, we organized and hosted a business delegation led by Ihor Rainin, who at the time was serving as the Head of the Kharkiv Oblast State Administration. Meetings took place in New York and Washington including with the Brooklyn and US Chambers of Commerce, Congressional leaders, major think tanks, and a range of US Government agencies such as the US Trade Representative, Overseas Private Investment Corporation (OPIC), Commerce Department, USAID, and State Department. Meetings also took place between CEOs of companies from Kharkiv region and US investors and representatives of high-tech companies, among others.

Since that time, the Representative Office has facilitated visits and meetings by Kharkiv-based companies seeking markets and investment. We have coordinated our trade promotion efforts with the Consulate General of Ukraine in New York, and met with and briefed local companies in Kharkiv and at the Kharkiv Region Chamber of Commerce. Contracts are being finalized between Zdorovye, the leading Kharkiv-based pharmaceutical producer, and American wellness companies Unicity and Mannatech. Since signing preliminary contracts, the parties have been working on technical specifications, and we anticipate final agreements early in 2017. Zdorovye’s progress is significant, because its General Director was part of the February delegation to the United States. This is an opportunity to plug Ukrainian pharmaceuticals into the massive US market. The Representative Office has also been connecting Kharkiv’s expanding software development community with the American IT sector, where there is huge potential appetite for strategic partnerships.

The activities of the Representative Office extend beyond facilitating direct bilateral business ties. Given the pressing needs of Ukrainian soldiers and the country’s population of displaced persons, we are also working to highlight the region’s concerns. Recently, the Representative Office was fortunate to secure additional hundreds of thousands of dollars in medical supplies for regional and military hospitals in the Kharkiv region.

In October 2016, the Representative Office organized a small delegation of experts in branding and government relations to address and participate in Kharkiv’s annual International Economic Forum. Our goal there was to accelerate and expand connections between Ukrainians and Americans, and to provide information and recommendations about doing business with the United States.

Throughout the past year, the Representative Office has been in contact with key Members of Congress regarding potential future visits to Kharkiv, especially in the context of the 2017 International Economic Forum, which will take place in autumn 2017. We are also in discussions with OPIC and the European Bank for Reconstruction and Development (EBRD) to identify opportunities for foreign investment in Ukraine’s business sectors. The Kharkiv Region Representative Office is now working to organize further visits in both directions, involving business executives, IT specialists, university leaders, and others. We fully realize the priority of engaging the United States and promoting Kharkiv region as a business destination, as an innovator in digital tech and e-governance, and as a center of democratic free enterprise.

About the author:  Shai Franklin is CEO of Your Global Strategy, Inc. He serves as Director of the Kharkiv Region Representative Office in the United States.