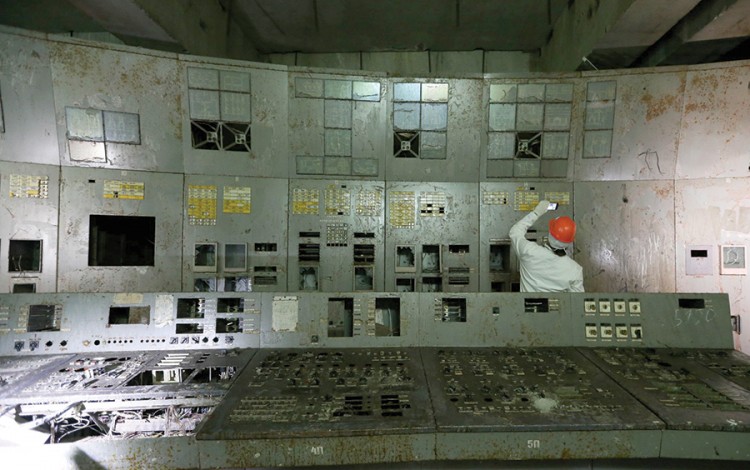 The number of tourists visiting the Chornobyl Exclusive Zone jumped by almost 75% year-on-year in the first ten months of 2019, according to figures released towards the end of the year by the state agency responsible for managing the site of the world’s worst atomic energy disaster. During the January-October period, 107,600 people visited the zone, representing a 74.9% increase on the comparative figure for one year earlier.

Uniquely among Ukraine’s tourist attractions, the majority of Chornobyl visitors have always come from EU countries and North America. This has remained the case during the current year. Britain is in first place so far in 2019 with 15,738 tourists, followed by Poland (9378 tourists), Germany (7826 tourists) the US (5580 tourists), and the Czech Republic (4063 tourists).

This surge in visitors is partly attributable to rising international interest thanks to HBO’s Emmy-winning 2019 TV miniseries “Chernobyl”. Since the acclaimed series first aired in late spring, monthly visitor numbers have grown from 6100 in May to 17,030 in October. With more and more international tourists now looking to visit the site, efforts are underway to improve tourism infrastructure and streamline access procedures by upgrading checkpoints and removing bureaucratic barriers.

In a move that will improve connectivity and allow visitors to remain online throughout their tours, Ukrainian mobile communications operator Kyivstar recently connected the Chornobyl zone to its 4G high-speed internet network. Meanwhile, the Ukrainian authorities have given the green light to tourism on a number of river routes passing through the exclusion zone, subject to a range of safety precautions. The biggest changes have come at the atomic energy plant itself, where tourists are now be able to visit the control room after the lifting of longstanding restrictions on access.

These developments are part of efforts to transform the Chornobyl site in line with Ukrainian President Volodymyr Zelenskyy’s July 2019 decision to declare it an official national tourist attraction. Zelenskyy spoke of wanting to turn the site into a convenient modern tourist attraction that would demonstrate how far Ukraine has progressed since the Soviet era. “Chornobyl has long been a negative part of Ukraine’s international brand,” he commented. “The time has come to change this.”