REGIONAL REVIVAL: Mykolaiv as test case for durability of the New Ukraine 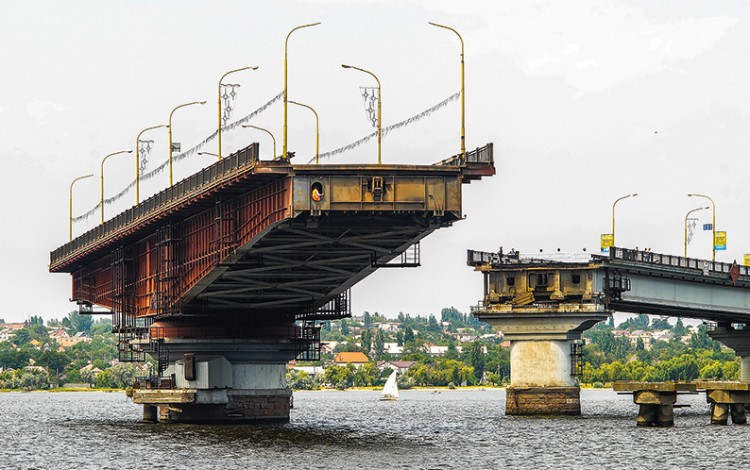 Mykolaiv was once best known for the city’s vast shipyards that churned out warships from the days of the tsars to the fall of the USSR in 1991. Like many industrial centers, Mykolaiv struggled to find its feet in the immediate aftermath of the Soviet collapse, but today it is earning a reputation as a scrappy and forward-looking city trying to turn things around.

Mykolaiv’s young new leadership, led by Mayor Senkevych, is searching for a new identity as an economic incubator in Ukraine’s Black Sea region. As the surprise victor in autumn 2015 local elections, Mayor Senkevych has moved beyond initial stumbles to embark on a plan to make the city more transparent and responsive to citizens. In July 2016, the mayor welcomed an assessment by the International Republican Institute (IRI) of the city’s vulnerabilities to corruption, participating in an intensive interview process with policy makers, local officials, and civil society representatives to identify weak spots in the city’s systems and procedures.

The city has slowly but steadily risen in IRI’s city services index for the past two years, with both the mayor and city council increasing their favorability ratings. The creation of a Mykolaiv Development Agency (MDA) staffed by young and idealistic Ukrainians with educational and work experience in the United States and Europe is another way Mykolaiv is increasing its attractiveness to investors and building a reputation as an effective partner. The city also continues to recruit motivated public administration volunteers from across Ukraine, from Chernivtsi to Donetsk, including the newly appointed Deputy Mayor for Transportation Mkrtich Mkrtchyan.

There is evidence that these initial measures are starting to bear fruit. For the past three years, IRI has released annual national municipal surveys of 24 oblast centers including Mariupol and Severodonetsk, and has noted improvements in citizen perceptions of Mykolaiv in a variety of areas, including perceptions of the interaction between local residents and city authorities. From 2016 to 2017, Mykolaiv increased its rating from twenty-first out of 24 centers to eighth place nationally.

Despite these encouraging signs, the challenges facing Mykolaiv’s city authorities remain formidable. In addition to navigating a series of reforms through a fractured and tumultuous city council body, the new leadership faces serious public health challenges. These include a lack of running water in one of the city’s outer districts and a city cemetery reaching overfill capacity. City authorities are now desperately trying to find a suitable space to consecrate as a new cemetery while working with international partners to address the water issue.

Numerous infrastructure initiatives are currently underway that could help the city tap into its natural advantages. Mykolaiv’s location at the confluence of Southern Bug and Inhul rivers flowing into the nearby Black Sea, together with its past expertise in shipbuilding, make the city an ideal place to develop niche shipbuilding and yacht maintenance facilities. Both sectors are currently focuses of municipal economic development activities.

The city is looking at the possibility of renovating the nearby Mykolaiv regional airport, which is currently in use by the Ukrainian military to support ongoing operations in the Donbas. However, the airport is located outside the boundary of the city and would need regional-level support to facilitate any development. New bridges over the Southern Bug River are also on the drawing board. Japan seems to be interested in participating in such infrastructure projects, with several Japanese delegations visiting the city during spring 2017.

In addition, the city’s executive leadership is looking at ways to increase the transparency of decision-making processes and get a better grasp of the vast amounts of communal property and services that city taxpayers currently support. Mayor Senkevych’s IT business background is particularly useful in this regard, giving him a solid insight into the role that centralizing databases and registries can play in managing city assets and resources more openly and effectively.

Many observers believe developments in Mykolaiv will have major implications for the wider reform process across Ukraine. With the city in the midst of an ambitious reform agenda set against the backdrop of a complex and challenging regional political environment, Mykolaiv’s progress is a key test for Ukraine’s ability to achieve a genuine national transformation. As a former bastion of support for the pro-Russian Party of Regions and a traditional Soviet industrial city, Mykolaiv is exactly the kind of place where cynics have long doubted the will of local elites to embrace change.

The IRI is currently fielding a new public opinion poll that will look more deeply at the issues, challenges, and opportunities deemed most important by the residents of Mykolaiv. The results of this survey are set for release later this summer, along with analysis of the impact made by ongoing economic and governance reforms initiated in the city in recent years. While the Mykolaiv authorities have succeeded in improving residents’ perceptions of their city via new approaches to more transparent and inclusive government, creating sustainable economic reform remains a top priority going forward. Mayor Senkevych won election in 2015 by mobilizing young voters and appealing to hope for a better future, but reforms must deliver concrete results if this sense of hope is to prove durable.