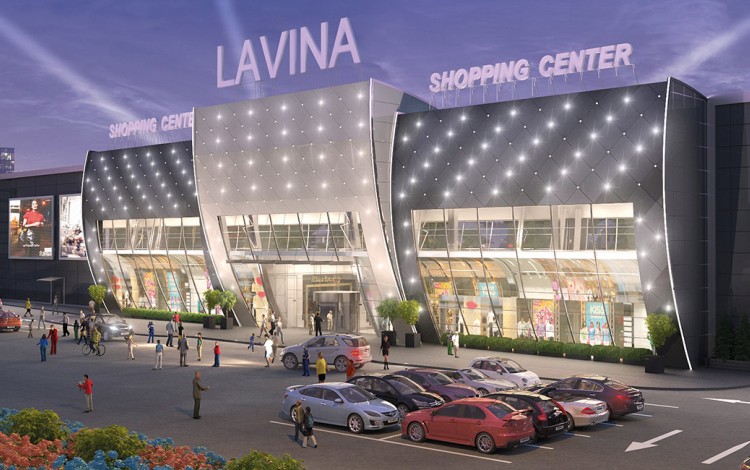 Lavina Shopping Center is the largest of a number of major malls to open in Ukraine in 2016, while Ukrainian brands and outlets are increasingly dominating among retailers as 'Made in Ukraine' status enjoys new popularity
Business Ukraine magazine

The year is ending in Ukraine amid a sense of guarded optimism. While the economic outlook remains far from rosy, the current situation represents a miraculous recovery compared to the existential issues Ukraine faced during the dark days of early 2014, when the Russian hybrid attack threatened to crash the economy completely and partition the entire country. With the currency relatively stable and modest GDP growth confirmed, there is a sense that the worst is over and the time is now right for fresh forward planning. This renewed focus on future growth is evident across the Ukrainian retail real estate sector, where the stabilization of 2015 has gained further ground over the past 12 months despite the continued absence of many global retail brands. Much of this growth has come from local companies that have seized the opportunities presented by international exits in order to expand their presence at every level of the industry from construction to retail sales.

One symbol of the retail real estate’s revival is the reactivation of numerous construction projects placed in hold during the Euromaidan anti-government protest movement in 2013-14. At the time of the protests, many international developers decided to pause construction work or exit the market entirely. Almost half of the developers active at the time in the Ukrainian retail real estate market were from Russia. Understandably, there was significant hesitation among Russian investors to remain in the Ukrainian market in light of emerging geopolitical tensions. With the onset of the Russian hybrid attack in spring 2014, activity in the sector ground to a virtual halt.

There have been significant changes to the composition of the Ukrainian retail real estate segment since 2014. Today’s market is much more Ukrainian in character, with local development companies, local management teams, and even local retailers increasingly dominating at every level. This local flavor has not dampened growth. In 2015, Ukraine welcomed six new shopping centers with a total volume of about 181,000 sqm. Notably, only 30,000 sqm of this new mall space was in Kyiv. The rest appeared in regional capitals Lviv, Chernihiv, Odesa, and Khmelnitskiy. The expected volume of new shopping space for 2016 is almost double the total for 2015. This year Ukraine will see more than 300,000 sqm of new retail real estate hit the market. In summer, Kyiv welcomed the 22,000 sqm New Way shopping centre. Also in summer 2016, Dnipro saw the unveiling of the small but unique 3,5000 sqm Kubometer shopping centre, which is a hipster’s paradise made entirely from cargo containers.

Both these projects will be dwarfed by a series of anticipated autumnal arrivals on the Ukrainian retail market. Kyiv will soon see the opening of the vast Lavina Mall complex with 170,000 sqm of floor space, while Lviv will welcome Viktoria Gardens with 102,000 sqm of shopping space. These two openings will dramatically boost the annual figures for new retail real estate, but they will likely concede the headlines to TSUM, which is expected to open its doors to the public before the end of the year. TSUM is Ukraine’s most ionic department store and occupies one of the prime real estate locations in the country in the middle of central Kyiv’s Khreshchatyk Street. Renovation work on TSUM has continued for the past four years. The store was originally scheduled to reopen in time for Ukrainian Independence Day in August, but last-minute delays and recruitment issues have meant postponement until the autumn season.

Are there enough shoppers?

With new malls opening up on a regular basis, are there enough shoppers to meet the growing supply of retail space across Ukraine? Despite still low levels of Ukrainian consumer purchasing power, there is little sign that the retail market has reached supply saturation. Numerous Russian and global retailers have exited Ukraine since 2014, but their places have rapidly been filled by local players. This has resulted in a low vacancy rate that JLL Ukraine assesses at just 4.6% as of Q3 2016. However, with the various new deliveries expected at the tail end of the calendar year, this figure may rise to as high as 11% in early 2017. Brokers have also identified rising rents in the retail sector, with increases of up to 8% taking sector maximums to USD 780 per sqm in Kyiv.

‘Made in Ukraine’ becomes fashionable

Where are all these Ukrainian retail brands coming from? Many have grown over the past few years by capitalizing on the departure of international competitors, while others have emerged to meet growing demand for domestic produce. The expansion of Ukrainian brands in almost every single sector of the retail market has been one of the success stories of the past few years. In many cases, local producers have grouped together in order to share the costs of opening outlets. This trend has been particularly pronounced in the Ukrainian fashion industry, with the latest addition to the growing ensemble of ‘Made in Ukraine’ designer retail options being the popular ‘Vsi. Svoi’ (‘All. Ours’) department store on Khreshchatyk Street. This three-floor megastore joins a host of similar – if smaller scale – fashion initiatives bringing together large groups of Ukrainian fashion designers. Some individual designers have also branched out in recent years with their own chains - .a trend epitomized by the rise and rise of Kyiv designer Andre Tan.

Arricano Real Estate CEO Mykhailo Merkulov believes the Ukrainian retail market is becoming more demanding than ever and says the increasing supply of malls means retail operators are now shopping around for the right option to help secure constant sales growth. “They want to a sense of security that they are reaching their target audience. This requires a competent mix of tenants, properly conceived marketing programmes, mall brand loyalty, and active communication with visitors.”

NAI Ukraine Head Vitalii Boyko says all available market indicators point towards a continuation of the current positive trends over the coming year, particularly in Kyiv itself. “The Ukrainian capital continues to draw a lot of economically active people to it. We have now emerged from the peak period of the crisis, and incomes are rising. Perceptions have yet to catch up with this recovery, and many people continue to regard Ukraine as a dangerous market. This makes it profitable to open a business in Kyiv. Shopping centre rents are currently half the rate they were two years ago, presenting retailers with opportunities to make significant returns on their investment.”

With special thanks to Ukrainian Real Estate Club (www.ureclub.com)