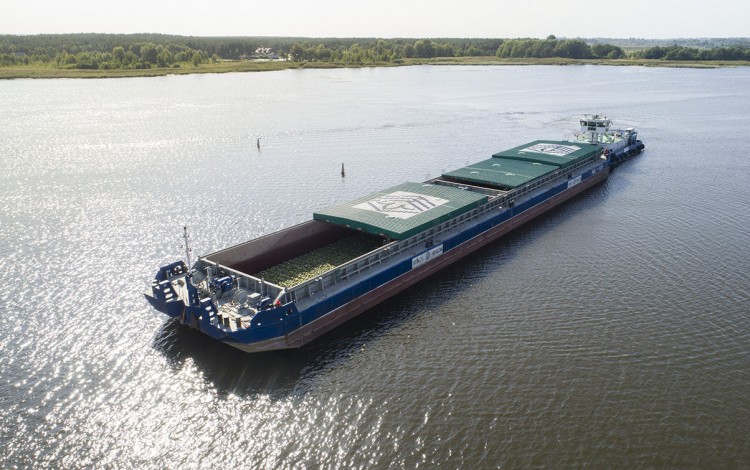 Dnipropetrovsk region is poised to emerge among the main beneficiaries after Ukrainian MPs voted in December 2020 to adopt a long-awaited Inland Water Transport Law that is designed to dramatically enhance the transportation role of the River Dnipro and return its historic status as a major trade route.

The new legislation will bring Ukrainian river transportation regulations into line with European Union standards and open the waterway up to international investment, while also reducing bureaucratic regulations and removing a series of earlier restrictions. This should lead to a major increase in annual river freight traffic, which is expected to rise to 300 million tons per year within the coming five years.

This legislative breakthrough has been under discussion for 12 years. Adoption of the law now opens the way for the transformation of Ukraine’s waterways as a viable alternative to the country’s often overloaded road and rail infrastructure.

Ukrainian Infrastructure Minister Vladyslav Kryklii hailed the economic and ecological advantages of the move. “Thanks to the implementation of this law, we will be able to revive river transportation, which remains the cheapest and most environmentally friendly way to deliver goods.” The minister added that the promised boost in river cargo would also have a positive impact on the condition of Ukraine’s road network, which would benefit as heavy loads are increasingly diverted to the Dnipro River and other waterways.

The Dnipropetrovsk region’s strategic location straddling the Dnipro River, together with its strong agricultural and industrial sectors, mean that the region is now likely to witness a surge in river transportation-related investment. Dnipropetrovsk officials have already noted strong investor interest in infrastructure projects tied to the Dnipro River. The region is seeing port infrastructure being built at a rapid rate, with businesses investing in elevator facilities and processing plants. With Ukrainian exporters currently expanding their global footprint, the Black Sea access offered by the Dnipro and other major Ukrainian rivers will prove particularly attractive.

The international business community in Ukraine has long lobbied for reform of Ukraine’s river transport sector and welcomed adoption of the new law. “This is a historic moment for business and industry in Ukraine,” commented Andy Hunder, President of the American Chamber of Commerce in Ukraine. “It took more than a decade to finally open up Ukraine’s main transport artery, the Dnipro River, and the country’s other rivers for transportation. It’s a big win as the law cuts red tape and reduces unjustified regulatory and bureaucratic barriers. The new law will help attract foreign direct investment and develop cargo flow on Ukraine’s rivers.”