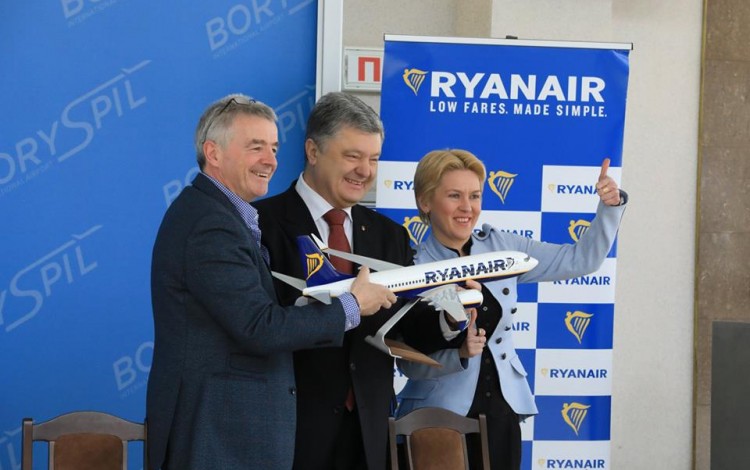 Europe’s largest airline Ryanair has confirmed plans to launch flights connecting the Ukrainian and Spanish capitals in late 2019. The Kyiv-Madrid service is due to open in October and joins Athens (Greece), Dublin (Ireland), Manchester (England), Sofia (Bulgaria) and Paphos (Cyprus) as new Ryanair destinations from Kyiv in 2019.

Ryanair entered the Ukrainian market in autumn 2018 with flights from Kyiv and Lviv. Airline officials are currently exploring the possibility of establishing regional service and IT centers in Ukraine and are engaged in negotiations over additional flights with a range of regional Ukrainian airports including Kharkiv, Kherson and Odesa.

Meanwhile, budget carrier Wizz Air has reported 107% growth in passenger numbers on its Ukraine services in 2018. The airline carried over 1.5 million passengers on its Ukraine routes during the course of the year, making it the country’s largest low-cost airline.

Wizz Air continues to expand in Ukraine with confirmation in February of new flights to Greek destinations Athens and Thessaloniki starting in the second half of May 2019. This takes the airline’s overall Ukraine flight portfolio to 45 routes in 13 countries.