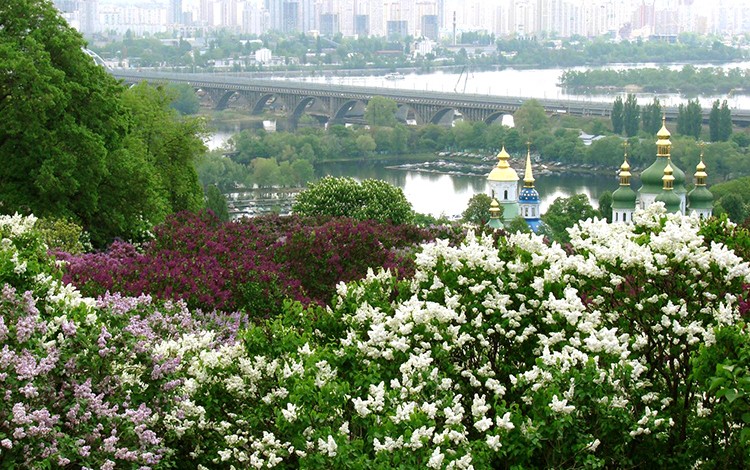 Untapped potential: the Ukrainian capital city is currently witnessing growing international tourism traffic but the numbers are still relatively small compared to the market share of neighboring countries such as Hungary and Poland
Business Ukraine magazine

The number of international tourists visiting Kyiv has almost doubled since the lows of 2014 and topped one and a half million in 2017, according to new figures released in late January. Kyiv City Administration officials confirmed that just over 1.5 million tourists visited the Ukrainian capital in 2017, which is virtually twice as many as the 800,000 recorded during 2014.

City officials reported that revenues from the Kyiv tourism trade have trebled over the same period, climbing from an estimated UAH 6.1 billion in 2014 to UAH 17.9 billion in 2017, or approximately USD 650 million. Just over 50% of international visitors in 2017 came from other European countries, with Asian nationals making up around a third of all tourists.

Anton Taranenko, who heads up Kyiv City Administration’s Tourism Department, confirmed that international tourist numbers have now almost fully recovered to the pre-Euromaidan levels of 2013 and are locked in a strong upward trajectory. He is bullish about further growth following three years of slow but steady progress.

Ukraine’s tourism industry experienced a major crash in 2014 as alarm over revolutionary chaos in Kyiv and Russian military interventions in Crimea and the east of the country scared away all but the most adventurous of potential international visitors. With the flow of foreign tourists drying up to a trickle, hotel occupancy rates in the Ukrainian capital plunged to around 20%.

The Kyiv hotel sector has since been among the chief beneficiaries of the ongoing tourism sector recovery, with Kyiv City Administration officials putting the current occupancy rate at 42%. However, many professionals within the Ukrainian hospitality sector believe the bulk of these increases are attributable to rising volumes of business travel rather than traditional tourism, suggesting that huge scope for further tourism sector growth remains.

From Eurovision to Champions League Final

The Kyiv tourism sector received a major boost in spring 2017 when the Ukrainian capital hosted the annual Eurovision Song Contest. This event succeeded in attracting tens of thousands of visitors in its own right. Crucially, it also served as an opportunity to present the charms of the city to hundreds of visiting international journalists. The result was a flurry of enthusiastic articles elaborating on Kyiv’s tourism appeal as a relatively unspoiled and underexposed city break destination in a European market that is markedly short of new ideas.

Kyiv will hope to continue this progress in 2018 when the city hosts the UEFA Champions League Final in late May. This global headliner event will place Kyiv firmly in the international spotlight and present the Ukrainian capital with an opportunity to shine.

Ukrainian officials and private sector tourism industry professionals alike believe Kyiv has great potential as a city break destination due to a range of advantages including an impressive ensemble of historic sites, abundance of parkland and riverside landscapes, and competitively priced yet painfully hip restaurant and bar scene. The devaluation of Ukraine’s hryvnia currency has made the Ukrainian capital one of the world’s cheapest major cities, while Kyiv’s post-Euromaidan cultural awakening since 2014 has created a vibrancy that has led many to proclaim it as Europe’s hipster capital or “The New Berlin”.