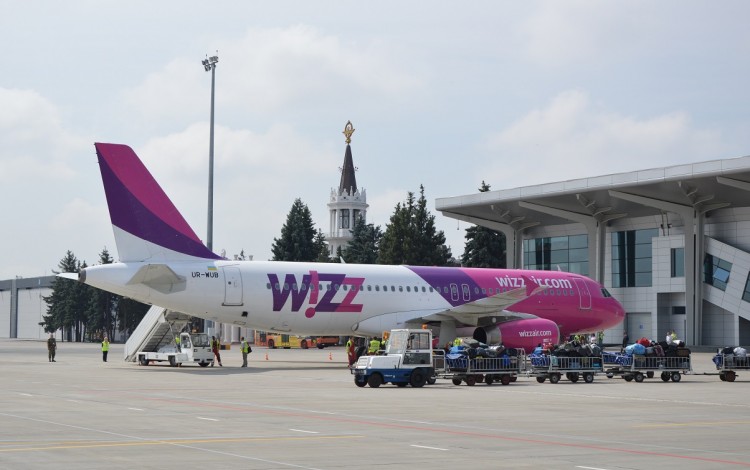 Kharkiv International Airport general director Vladimir Vasilchenko has confirmed the airport will launch direct Kharkiv-Vienna flights with low-cost carrier Wizz Air beginning on 25 November 2018. Tickets for the Ukraine-Austria route are set to go on sale for less than EUR 30, Vasilchenko said on 2 March.

"For many years, Vienna has been one of the most popular destinations in the world. We are delighted that this year, Wizz Air will launch direct flights connecting Kharkiv and Vienna. This latest expansion of our network of connections will help passengers from across eastern Ukraine to reach destinations in Austria and elsewhere in Europe,” commented Vasilchenko.

Wizz Air plans to open the Kharkiv-Vienna route by offering two flights per week on Wednesdays and Sundays. In spring 2019, frequency will increase to three flights per week on Tuesdays, Thursdays and Saturdays. Vienna will be the third destination for Wizz Air flights out of Kharkiv. Dortmund flights will begin on 5 April, while Katowice-Kharkiv flights start on 20 June.

"This year promises to be a special one for our Ukrainian passengers as Wizz Air resumes flights from Kharkiv International Airport.  Kharkiv is the third Ukrainian airport to host Wizz Air flights. The newly announced route from Kharkiv to Vienna, together with the upcoming flights to Dortmund and Katowice, will provide our Ukrainian passengers with even more opportunities for low-cost visa-free travel," said Wizz Air corporate communications head Sorina Ratz.

Kharkiv International Airport underwent complete reconstruction by Oleksandr Yaroslavsky’s DCH Group as part of preparations for the city to co-host the UEFA European Football Championships in 2012. Yaroslavsky invested more than USD 100 million into the redevelopment of the airport complex and spent a total of over USD 300 million on Kharkiv’s preparations for the football championship.

International recognition of the airport’s performance has been evident since the end of 2016, when Kharkiv International Airport’s impressive annual growth stats earned the airport a place among Europe’s best performers in the “below five million passenger” category from the Airports Council International Europe (ACI Europe). This made Kharkiv only the second Ukrainian air hub to feature in the annual ACI Europe rating. The airport posted a further 35% increase in passenger numbers in 2017.