UKRAINE IS EMERGING AS THE WORLD'S NEXT AGRICULTURAL SUPERPOWER

Ukraine is now the third largest supplier of agricultural produce to the European Union and the world’s largest grain exporter. With trade volumes experiencing double-digit growth and investment flowing into the Ukrainian agribusiness sector, the country looks set to play an increasingly major role in global food security. 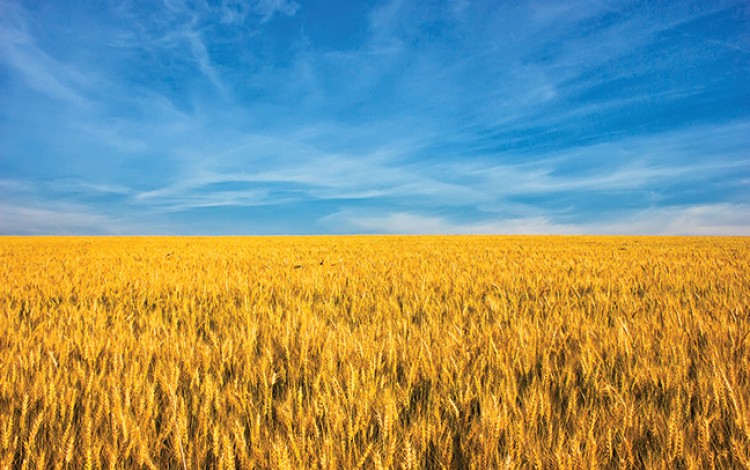 Annual European Commission data released in late June confirmed that Ukraine is now the third largest exporter of agricultural products to the EU. Ukrainian food exports to the European Union rose by 14% during the one-year period ending on 1 May 2019 to reach a new high of EUR 6.3 billion. This increase allowed Ukraine to climb from fifth to third position among the EU’s primary foodstuffs partners, highlighting the free trade benefits of the 2014 EU-Ukraine Association Agreement and helping the country to reclaim its reputation as the breadbasket of Europe.

According to European Commission figures, the United States is currently the number one agricultural exporter to the European Union with an annual volume of EUR 12.9 billion. America is followed by Brazil (EUR 11.7 billion), with Ukraine (EUR 6.3 billion) ahead of China (EUR 5.9 billion) in the number three spot. Nor is Europe the only place where Ukrainian foodstuffs are gaining market share. Over the past five years, the geographical distribution of Ukraine’s agricultural exports has expanded significantly, as the country’s agribusinesses have looked beyond the traditional markets of the former Soviet Union and sought to expand their presence in Asia, Africa and beyond.

This diversification is partly a response to the economic aspects of Russia’s ongoing hybrid war against Ukraine, which has included trade embargos and barriers to the transit of Ukrainian cargos to formerly lucrative markets in Central Asia. It is also the product of longer-term efforts to modernize Ukrainian agricultural practices leading to higher yields, greater infrastructure capacity, and larger harvests available for export.

These improvements have created a rising tide of agricultural exports flowing out of major Ukrainian ports such as Odesa and Mykolaiv to destinations across the globe. Ukraine exported agricultural produce worth USD 8.97 billion in the January-May 2019 period, representing a year-on-year increase of USD 1.58 billion or 21.4%. Thanks to this latest growth, foodstuffs accounted for 42.9% of overall Ukrainian exports during the first five months of the year, making the sector a key source of foreign currency earnings for the Ukrainian economy as a whole.

Fittingly for a nation known historically as a breadbasket, Ukraine’s top agricultural export remains grain. As the annual grain export season ended on 30 June, Ukraine was poised to claim Russia’s crown as the world’s number one grain exporter with a yearly total of 49.7 million tons sold to international clients, representing a 26% increase on the 2017-18 cycle. This volume was possible thanks to a record 70 million ton harvest in 2018, but Ukraine’s Ministry of Agrarian Policy and Food believes this was no one-off and expects further gains during the current cycle.

Indeed, according to the president of the Ukrainian Grain Association Mykola Horbachev, Ukraine’s current upwards trajectory will continue in the coming years with the country expanding grain exports by at least 40% to reach annual volumes of 70 million tons. Speaking in Kyiv in mid-June, Horbachev said monthly export volumes of 6 million tons during the current season had demonstrated that Ukraine’s agricultural infrastructure is already capable of coping with such growth.

Grains will likely remain one of the pillars of Ukraine’s agricultural export industry, but the range of commodities sailing out over the Black Sea from Ukrainian ports or heading west across the country’s EU borders is far wider. There has been a concerted effort to gain access to new international customers in recent years, with Ukrainian food exporters securing entry to 85 new markets for a variety of agricultural produce in 2018 alone.

This process is continuing. In mid-June 2019, for example, Ukraine received the necessary veterinary certification to begin milk and dairy produce exports to Saudi Arabia. Weeks earlier, nearby Qatar certified Ukrainian meat, fish and dairy imports. The challenge now is to produce more value-added foodstuffs domestically in addition to the current focus on commodity exports. Increased production within Ukraine would allow the country to benefit from a greater share of end revenues and boost the economy further.

The rise of Ukraine as an agricultural superpower comes as no surprise. The country is home to around one-third of the world’s famously fertile black earth stocks and boasts an ancient national folklore rich in agrarian symbolism. With the global population set to soar beyond the 10 billion barrier in the coming decades, Ukraine’s unrivalled agricultural wealth will become a resource of the highest strategic importance, while also serving to attract international investors to the country’s agribusiness sector. Recent years have seen a steady stream of major investments into Ukraine’s agricultural infrastructure, with domestic and international companies alike financing the construction of storage and processing facilities while upgrading wagon fleets and port capacities.

Meanwhile, President Zelenskyy’s team have spoken of ending Ukraine’s agricultural land sale moratorium and creating a long-awaited land market. This would be a hugely controversial move in a society where the emotional attachment to farmland runs deep, but it would also represent a potential bonanza for the national economy that may prove hard to resist. Regardless of how this land sale saga develops, it is already clear that Ukraine is destined to play an increasingly prominent role in global food security.