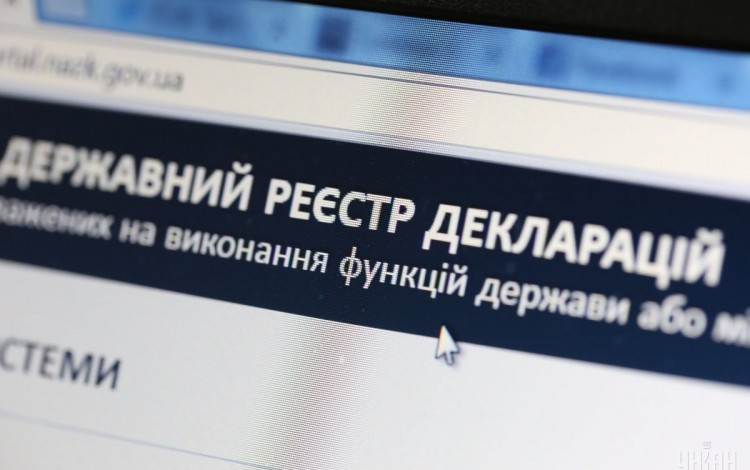 Ukraine has made huge progress in the field of open data since 2014. The country has introduced a wide range of reforms designed to increase public access to information. This has garnered international recognition, with Ukraine leaping thirty places in the latest annual Global Open Data Index. However, not everyone has grasped the importance of this cultural shift. Many cynics have responded by claiming that Ukraine is now Europe’s most transparent and corrupt country at the same time, while others have been underwhelmed by the lack of tangible results from this new-found commitment to open data access. Business Ukraine magazine invited Victor Liakh of the East Europe Foundation to outline why Ukraine’s open data revolution is worth getting excited about.

All Data is Public Data

In recent years, the Ukrainian government has embraced a new concept of openness. This reflects the belief that, to paraphrase Margaret Thatcher’s famous observation about government money, there is no such thing as government data, only public data.

Key developments include the founding of a national government body – the State E-Governance Agency – to streamline e-government and open data activities in the country. In cooperation with civil society, this agency has introduced a national open data portal providing free access to state registers. It has also developed a draft road map for further open data development.

Thanks to these efforts, Ukraine has leapt up the Global Open Data Index, climbing from fifty-fourth place in 2015 to twenty-fourth position in the most recent ranking, placing the country ahead of many EU member states. In 2016, Ukraine also became the first post-Soviet country to join the international Open Data Charter. Seventeen countries so far have joined the Charter, committing themselves to the key principles of “open by default,” releasing timely and accurate information, and offering government data in a manner that is accessible and useable. These principles directly informed the Ukrainian government’s 2017 Open Data Road Map, which the East Europe Foundation (EEF) helped prepare.

Open data is not only about data disclosure and accessibility. The comprehensive approach to open data currently embraced in Ukraine also includes increasing the accessibility and quality of public data. It means building the capacity of the authorities to disclose public data, while creating the requisite political will to open important registers. Regulatory support is crucial, as is development of public demand and strengthening the capacity of target audiences to use open data.

Success very much depends on the development of social and commercial projects based on open data. We are already seeing dramatic growth in the use of open data in the EGAP Challenge initiative (a national competition and incubation program for IT projects in e-democracy), with a 300% increase in projects using open data to build public services for citizens and businesses.

In general, open data makes life easier and safer. One example is a project that allows anyone to monitor the registration data of Ukrainian companies and court registers. With this information, entrepreneurs can carry out background checks on their contractors and protect their business. Information taken from open public registers and other sources is accessible directly via Telegram, Facebook Messenger, Skype, and Viber.

Another example is EcoInfo, a GIS environmental monitoring service that allows users to monitor the level of air, water, or land pollution anywhere in the city. It works with big data from multiple sensors located all over Ukraine and is widely used by Ukrainian citizens, eco-activists, government, and business.

Meanwhile, BldngInfo is an interactive city map that demonstrates the utilities used by individual houses, streets, and districts. The authorities are able to analyze consumption in terms of gas, water, electricity, and heating, while residents can assess the effectiveness of communal services reforms. Healthcare also benefits. The Donor.ua portal contains a database of donors, recipients, volunteers, and medical facilities where a person can donate blood. This allows users to carry out automated searches for appropriate donor recipients. The portal sends information requests to donate blood at a particular location. It can literally save lives.

One of the most effective examples of open data at work in the new Ukraine is the public spending portal (spending.gov.ua) established by the Ministry of Finance. The portal contains and discloses data about the public financial transactions of 39,000 public funding recipients. This involves more than 53 million transactions and more than 18 million state contracts and reports. It is a goldmine for investigative journalists and civil society.

As access to open data has expanded in Ukraine, civil society has moved the process further forward and developed tools to analyze different aspects of budget spending. Some portals now allow citizens to monitor specific public spending in their communities. This evolutionary process will continue.

It is crucial now to inform the Ukrainian public of the new possibilities created by increased open data access. The goal is to make sure the average Ukrainian has sufficient e-instruments within the next five years to monitor and control state services. Openness means honesty, which means freedom and growth. It can also help to create wealth. Open data stimulates greater competition in the private sector. In the UK, for example, open data has been credited with generating 0.5% GDP growth. Open data is also a vital tool in the fight against corruption. While open data adoption has yet to make a major impact on Ukraine’s struggle against deeply entrenched corrupt practices, progress in curbing state corruption will inevitably come thanks to the greater transparency and public accountability created by open data practices.

Taken collectively, these benefits have the potential to take Ukraine to the next level. The key now is make use of the opportunities created by the country’s ongoing open data revolution.

About the author: Victor Liakh is the President of the East Europe Foundation