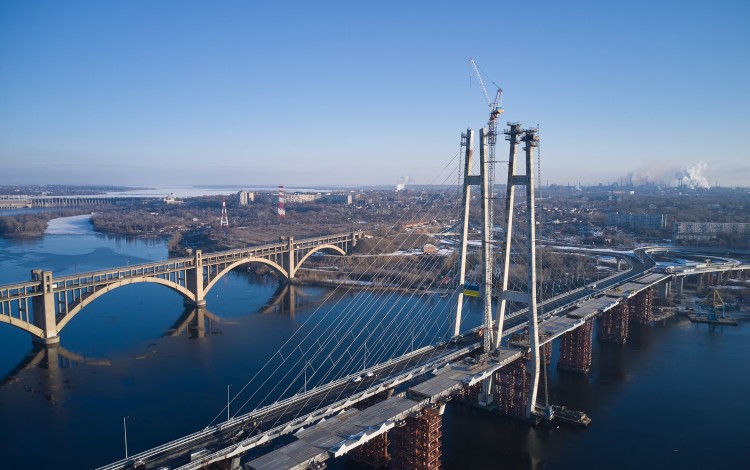 The new bridge in Zaporizhia is the tallest in Ukraine with a height of 166 meters and was constructed by Turkey’s Onur Group Ukraine (Photo: president.gov.ua)
Business Ukraine magazine

Ukraine’s ongoing infrastructure upgrade received a major boost on 22 January with the official opening of a long-awaited bridge across the Dnipro River in southern Ukrainian city Zaporizhia.

The new bridge is the tallest in Ukraine at 166 meters. It is expected to dramatically improve transport connectivity in the city and surrounding region. Construction work was carried out by Turkey’s Onur Group Ukraine, which won a 2020 tender to take over the unfinished project following years of delays that had transformed the bridge into a symbol of state inefficiency and corruption.

The newly opened bridge in Zaporizhia is regarded by many observers as a personal PR victory for Ukrainian President Volodymyr Zelenskyy, who was on hand to lead the official opening ceremony.

Zelenskyy has made infrastructure projects one of the key focuses of his presidency and has channeled considerable state funds into increased road repair and construction work across the country. While a range of serious questions remain over the transparency of government spending on Ukraine’s infrastructure upgrade, the country’s visibly improved road network has proven popular and won Zelenskyy plaudits.