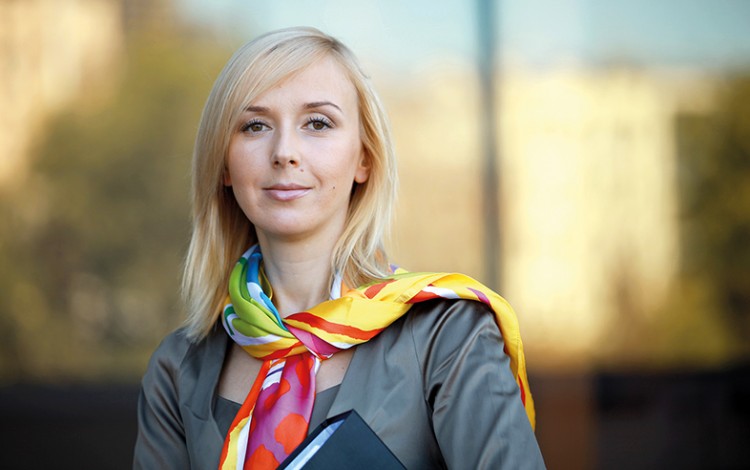 Ukraine has introduced a number of legislative reforms in recent months that aim to facilitate a marked improvement in the country’s business climate. Currency control liberalisation has removed a range of obsolete restrictions related to the movement of capital, representing a landmark breakthrough for ease of doing business in Ukraine. In line with the country’s commitments to the International Monetary Fund, Ukraine has also strengthened legal protection of creditors’ rights by passing a statutory act that eliminates a number of legal loopholes in this area. In addition to these steps, Ukraine has adopted a Bankruptcy Code that aims to decrease the ratio of non-performing loans while introducing more efficient bankruptcy procedures.

In the first half of February 2019, Ukraine’s new currency control legislation came into force. Changes include simplified rules governing currency transactions, the movement of capital, and cross-border trade. Under the terms of the new regulations, Ukrainian residents are no longer required to obtain an individual license from the National Bank of Ukraine (NBU) in order to open accounts with foreign banks, or to transfer currency abroad under agreements with non-residents. Meanwhile, non-residents may now open accounts with Ukrainian banks and carry out currency transactions in Ukraine. Further improvements include the replacement of mandatory registration of cross-border loans with the NBU by a simplified notification procedure. The new regulations cancel maximum interest rate caps and end the prohibition on early repayment of cross-border loans.

The changes extend the maximum period for settlement of export and import transactions to 365 days (instead of the previous 180-day period). In addition, the new maximum settlement period does not apply to export of works and services (except for transport and insurance services or works), intellectual property rights, and other non-pecuniary rights. The new regulatory framework also sets aside special sanctions for violation of legislation on foreign economic activity including fines, individual licensing regimes, and the suspension of foreign economic activity.

The overall aim of Ukraine’s currency liberalisation agenda is the gradual cancellation of all restrictions on the national capital market. However, a number of restrictions are still applicable. Individual residents may transfer up to EUR 50,000 abroad annually in line with obligations under life insurance contracts, for investment purposes, to place funds in foreign accounts or in the form of loans to non-residents. Resident legal entities or individual entrepreneurs may transfer funds abroad of up to EUR 2 million annually to carry out business activities. Foreign investors and non-residents may repatriate up to EUR 12 million in dividends per calendar month, if dividends were distributed prior to and including 2018. Residents and foreign investors may repatriate up to EUR 5 million per calendar month if the funds in question are received from the sale of securities, corporate rights, or reductions in the company’s charter capital. Meanwhile, 30% of foreign currency proceeds received by Ukrainian residents are still subject to mandatory sale.

Insufficient protection of creditor rights was one of the reasons behind the increase in Ukraine’s non-performing loans ratio. To tackle this problem, the Ukrainian parliament adopted the Law of Ukraine “On Amendments to Certain Legal Acts of Ukraine on Resumption of Lending”, which came into force on 4 February 2019. This law aimed to eliminate legislative gaps used by bad faith borrowers to evade the fulfilment of their contractual obligations. The adoption of the new legislation received widespread support from key international financial institutions cooperating with Ukraine such as the International Monetary Fund, the European Bank for Reconstruction and Development, the World Bank, and the International Financial Corporation. The most significant amendments relate to suretyship, pledges, mortgages and loan agreements.

In line with the new law, any reconstruction work or unauthorised construction carried out in relation to collateral, as well as reconstructed or newly built real estate objects on the same land plot, now qualify as collateral under the initial mortgage agreement. Until this legislative change, unscrupulous debtors widely exploited existing gaps in legislation to reconstruct real estate, allowing them to apply for the termination or invalidity of mortgage agreements.

Out-of-court enforcement of mortgages no longer results in the automatic discharge of secured obligations in full in relation to legal entities or individual entrepreneurs, if not otherwise agreed in the mortgage or loan agreement. In relation to individuals, however, the parties will have to agree expressly in the mortgage agreement that automatic discharge does not apply. Creditors will therefore now be able to seek satisfaction of their claims from other available assets if the value of the mortgaged asset does not fully cover the creditor’s claims. The liquidation of an obligor does not constitute grounds for termination of a mortgage agreement if the claim comes before completion of the liquidation.

An overview of recent legal developments in Ukraine would be incomplete without considering the country’s new Bankruptcy Code, which is set to enter into force on 21 October 2019. The Code aims to establish more efficient corporate bankruptcy procedures. It introduces the concept of individual bankruptcy and repeals a temporary moratorium in force since 2014 on enforcement of residential real estate mortgaged as security for consumer loans in foreign currency provided by local banks.

The new Code will mean transparent sales procedures, with debtor’s assets sold through online auctions via a freely accessible web-portal, guaranteeing equal access for all potential investors. It seeks to limit the impact on affiliated persons via a new definition of those affiliated to the debtor and asset manager, limiting their rights in the decision-making process during bankruptcy proceedings. It will also mean more procedural expediency. The Bankruptcy Code limits the range of court rulings within bankruptcy proceedings that are subject to appeal, as well as providing specific deadlines for separate procedures undertaken as part of a bankruptcy case. Based on the new rules, bankruptcy proceedings are set to take up to one year.

Furthermore, the Code features the introduction of a new personal bankruptcy procedure. This will allow insolvent individuals to initiate bankruptcy to write off their debts. However, this concept has no precedent in Ukrainian law, making it difficult to predict the effectiveness of its practical implementation.

Even though the above developments indicate Ukraine’s willingness to improve its investment attractiveness, further efforts are required to tackle the current modest slowdown of the Ukrainian economy and attract greater volumes of much-needed international investment. The National Bank of Ukraine has recently confirmed its unchanged focus on further implementation of currency liberalization, subject to preservation of the country’s macroeconomic stability and maintenance of inflation targets. The business and legal communities will watch closely for additional measures in the coming months following the expected completion of the current election cycle by autumn 2019.