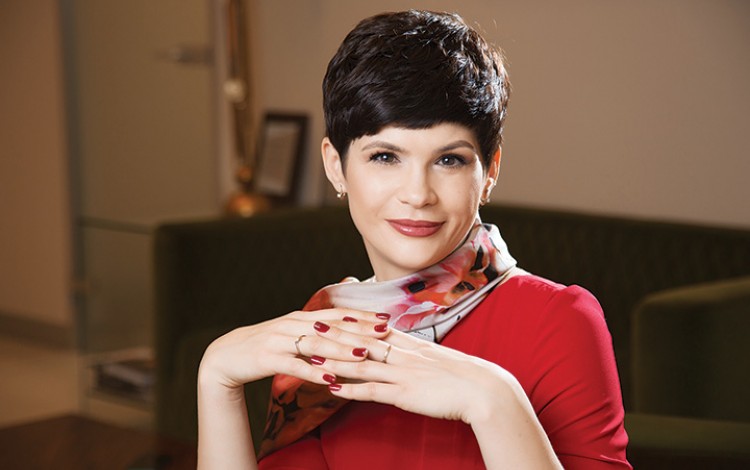 About the author: Olena Volyanska (Volyanska@lcf.ua) is Counsel, Attorney at Law, and insolvency practitioner at LCF Law Grouр
Olena Volyanska

In October 2018, the Ukrainian parliament adopted a new Code on Bankruptcy Procedures. Is it accurate to say the country has entered a new era of bankruptcy proceedings?

All the indications are that the implications of this major reform of the bankruptcy process will become evident during the present year. This is a welcome and arguably long overdue development. Ukraine currently scores very low marks for insolvency resolution in the World Bank’s annual Ease of Doing Business survey and occupies 145th position in that particular section of the ranking. This is one of the country’s worst indicators and serves as a key negative factor dragging down Ukraine’s overall score. The adoption of the new bankruptcy code should now allow Ukraine to climb further in the Doing Business ranking and generally improve the country’s investment attractiveness.

For Ukraine, it is no exaggeration to say that the new code is a revolutionary document in the field of bankruptcy regulation. For the first time in the country’s legislative history, it introduces the institution of bankruptcy for individuals, or consumer bankruptcy as it is termed in the code. This means that bona fide debtors now have a legal procedure for clearing outstanding debts via the courts, while creditors have a mechanism for the maximum satisfaction of their claims.

I also look forward to changes in the field of corporate bankruptcy. This section of the code is not quite so revolutionary in character. In fact, it would be more accurate to talk about the evolution and improvement of bankruptcy procedures in this sphere. It is also obvious that many of the established legal positions of the courts will now become invalid, and the interpretation and application of the new rules will cause difficulties for both the participants of bankruptcy procedures and for the courts themselves. Nevertheless, within the legal profession we are ready to work within the framework of the new rules. Legal services practitioners will have an active part to play in the development of new approaches to judicial practice arising from these changes.

How exactly are the regulations governing bankruptcy of legal entities evolving?

In my opinion, the most important changes relate to the sale of bankruptcy property during the liquidation procedure. This is the cornerstone of the whole procedure. The sale of bankrupt assets at the highest price and to the maximum satisfaction of creditor’s claims is one of the main tasks of the competitive process. In line with the changes introduced by the new code, it is now possible to sell bankrupt property exclusively via electronic trading. The new legislation includes guarantees for the transparency of this procedure through the introduction of a two-tier electronic trading system.

Meanwhile, the new code introduces significant simplifications to the procedure for initiating a bankruptcy case as well as greater access to the judicial procedure. The code abolishes many of the previous rules regarding the requirements faced by the debtor. There is no longer a lower limit on debt or need for a valid court decision within a three-month timeframe. Pre-trial procedures have undergone significant changes including clarification of the roles played by creditors, debtor stakeholders and the economic courts. When viewed from a broad perspective, these changes suggest that the institution of bankruptcy for legal entities will cease to be a primarily declarative process and will instead become a genuine route to restoring the debtor’s solvency. This could have the additional impact of reducing the burden placed on judicial bodies.

Another important change is the increase in the period during which a debtor’s suspicious transactions are subject to revision. There are many examples where “experienced” future bankrupts have begun to prepare for bankruptcy immediately after receiving a loan. In such cases, transactions entered into by the debtor without violating the letter of the law but aimed at worsening the company’s position are only subject to challenge within the context of bankruptcy law. Recent changes mean that creditors can now contest the financial activities of unscrupulous debtors for a longer period.

Do you think individual debtors are ready to take advantage of the solvency restoration procedures laid out in the new bankruptcy code?

Individual Ukrainians with debts, especially those with mortgage loans received in foreign currency, are already active when it comes to asserting their rights. I think that many of them are already preparing for the entry into force of the new bankruptcy code and will take advantage of the proposed mechanisms very quickly. It is worth underlining that the new code provides for the abolition of the Law of Ukraine “On the moratorium on collecting the property of Ukrainian citizens provided as collateral for loans in foreign currency” one year after the code enters into force. At the same time, the code offers these persons unprecedented conditions for the restructuring of their debts for a temporary period of five years. In general, it is important to understand that bankruptcy is not a punishment. It is not a measure designed to humiliate or pressure debtors. On the contrary, it is a privilege. In order to take advantage of this procedure, any individual should be prepared to demonstrate their integrity and readiness to do everything possible to repay their debts.

Do you see any potential shortcomings or oversights in the new bankruptcy code?

It is obvious that before the formation of a unified practice of the higher courts in the application of the new provisions of the law, the courts of first instance will face difficulties, and we will certainly encounter different interpretations and different law enforcement practices during the transition period.

For example, questions will likely arise regarding contested debtor transactions and calculations related to liquidation. The right of appeal over transactions may also create opportunities for ambiguity or confusion. According to article 42 of the new code, arbitration managers and creditors have the right to appeal. However, at the same time, articles 44 and 60 of the code state that property managers and designated liquidators also have the right to appeal against a debtor’s transactions. When applying these rules, there is a danger that some parties may face challenges enforcing their rights. Judicial practice will provide the answers to these questions in due course.

It is fair to say that discussion around the new country’s bankruptcy legislation often focuses on the theme of whether the new framework is more favorable to creditors or debtors. In this context, Western experts often evaluate Ukraine’s bankruptcy legislation as pro-creditor, meaning that it aims to facilitate the procedure of liquidating and selling off the debtor’s assets in order to satisfy the creditor’s claims, rather than restoring solvency and providing the debtor with the opportunity to resume business activities. However, domestic experience indicates that debtors confidently exploit any gaps or loopholes in the law in order to make the bankruptcy process lengthy and in many cases hopeless for their creditors. I would cautiously argue that the new code is balanced. Those features that may at first glance appear to be in favor of the creditor can actually serve to discipline all participants in the bankruptcy process with an emphasis on the debtors, obliging them to refrain from any unfair actions.