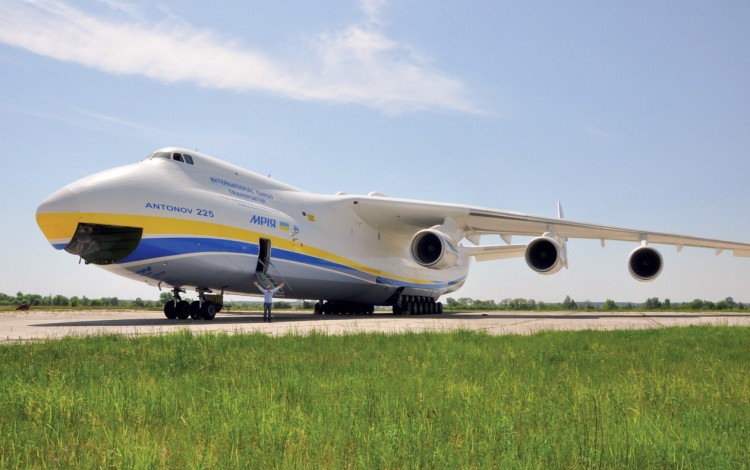 The gigantic Antonov An-225 is the pride of the Ukrainian air fleet and a legend of global aviation. It will now serve as an advert for Ukrainian aerospace engineering in China
Business Ukraine magazine

Ukraine's state-owned aerospace giant Antonov and China have signed a deal to launch mass production of the world's largest cargo plane, the An-225. The 20 August agreement between Antonov and China's Aerospace Industry Corporation of China will see the mass production of the iconic Antonov flagship model under license in China. The agreement gives China access to the aircraft's designs and technologies for domestic production. Initial reports suggested the first Chinese versions of the An-225 could be ready for takeoff by 2019.

This is the latest production cooperation agreement struck by Antonov in recent months as the company seeks to move away from historic ties to Russia and expand its presence on global markets.  Early in 2016, Antonov officials inked a memorandum on cooperation with India’s Reliance Defence, paving the way for potential joint production of Antonov aircraft for the Indian domestic market and providing access to lucrative Indian defence sector tenders.

This Chinese deal is likely to attract more attention than the Indian agreement as it involves one of the most iconic aircraft in the history of aviation. The An-225, known as the 'Mriya' or ‘Dream' in Ukraine, is the flagship carrier of the Antonov brand and has been a worldwide aviation sensation since it first appeared in the twilight years of the Soviet era. Built to serve as a transporter for the USSR’s Energia-Burat space shuttle programme, the An-225 has been the biggest plane in the sky ever since first taking off in 1988.

The sole existing An-225 currently in service is based at the Gostomel airport outside Kyiv. It is so oversized that it resembles an exaggerated schoolboy drawing of a fantasy mega-plane, dwarfing the rows of sizable Antonov aircraft standing nearby. This Kyiv colossus is quite understandably the pride of the Antonov fleet. Construction of a second An-225 began soon after the completion of the first, but this second craft went into storage in 2001 when only half-complete due to insufficient funds. The new agreement with China means this half-finished giant will now finally be completed, and will likely become the first of a new fleet of Chinese-made An-225s to take to the air.

The An-225 is not merely an eye-catching piece of aviation history. It is in considerable demand as a cargo carrier, and holds dozens of world records for the largest and heaviest loads ever delivered via air freighter. International clients queue up to take advantage of its unique capabilities. In the past decade, the An-225 has carried military equipment to the Middle East for the US and Canadian governments. It has helped out in numerous international aid operations, and has generally made a habit of stunning the global air freight industry with its ability to carry loads which had previously been considered beyond the reach of modern aviation.

The cargo hold itself is so vast that it literally takes the breath away. Lined with a variety of pulleys and cranes, the 43-meter long chamber feels more like a factory interior than the inside of an aircraft. Five modern battle tanks can fit inside the An-225, which, unsurprisingly, holds the current world record for the longest piece of cargo ever transported by air - a pair of 42-meter wind turbine blades it delivered to Denmark in 2010.