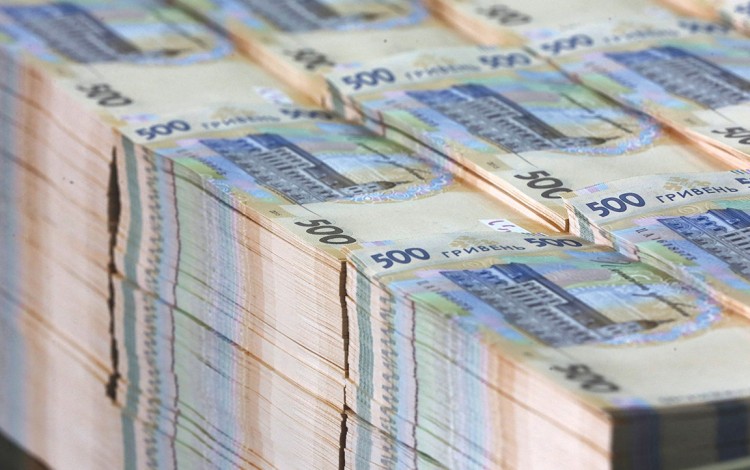 64 out of 82 operating Ukrainian banks posted a profit in 2017. The most profitable bank was Raiffeisen Bank Aval, with an annual profit of UAH 4.5 billion
Viktoria Rudenko

The Ukrainian banking industry has been through unprecedented upheavals in recent years but the past eighteen months have seen stability finally return to the sector. There was a marked reduction in attention-grabbing bankruptcies and regulator-enforced bank closures in 2017 compared to the many departures witnessed from 2014 to 2016, suggesting that a new equilibrium is now taking shape within the industry. After a prolonged period of crisis management, the Ukrainian banking sector is now looking ahead and plotting a course towards greater competition, more viable long-term business models, and increasing compatibility with European standards.

Three-quarters of Ukraine’s banks posted profits in 2017, but this impressive performance was still in many ways overshadowed by industry losses connected to the ongoing fallout from the nationalization of PrivatBank. Although this landmark nationalization took place in December 2016, it remained an influential theme for the Ukrainian banking industry throughout 2017, with many of the problems that led to the nationalization reflected in the results of the banking sector as a whole for the year. For example, total losses posted by Ukrainian banks in 2017 were UAH 26 billion, with around UAH 23 billion of this coming from PrivatBank. Perhaps unsurprisingly given Ukraine’s ongoing undeclared war with the Russian Federation, the two other banks that ranked among Ukraine’s top three in terms of losses for 2017 both had Russian state capital: Prominvestbank and VTB Bank.

These losses could not disguise what was an improving overall picture throughout the Ukrainian banking sector. “Many Ukrainian banks began 2017 with positive forecasts and this was proven to be justified. The banking system as a whole demonstrated improved performance,” comments Roman Shpek, who heads the board at the Independence Association of Ukrainian Banks. An overwhelming majority of Ukrainian banks, or 64 out of 82, posted a profit in 2017. The most profitable bank was Raiffeisen Bank Aval, with an annual profit of UAH 4.5 billion. The overall profit generated by all the 64 banks posting positive annual results was UAH 15.9 billion.

Key positive trends over the past eighteen months include the resumption of lending to the public, the growth of deposit portfolios, and the development of active cooperation between banks and small and medium-sized enterprises, which is fast becoming an important driver of economic growth while also bolstering the expansion of Ukraine’s entrepreneurial middle classes.

The dramatic nationalization of PrivatBank in late 2016 increased the state’s share of the Ukrainian banking system to more than 50%. In response to this unexpected turn of events, the Ministry of Finance set out to update the government’s existing strategy for the development of the country’s state-owned banks. This new document was initially supposed to be ready by May 2017, but it was subject to repeated delays as policymakers awaited a specific strategy document for PrivatBank. The overall new government strategy for state-owned banks was finally unveiled in February 2018. It outlined the ambitious objective of reducing the state’s market share from the present level of around 55% to approximately 24% in the medium-term. This will necessitate a series of complete and partial selloffs of banks currently under full state ownership.

The first scheduled sale will be that of Ukrgazbank. The Ministry of Finance currently plans to offer a 20% stake to international financial institutions in 2018, with the remainder of shares scheduled for sale to a strategic investor in 2020. By 2022, the state also aims to oversee the return of PrivatBank to the private sector. This is an ambitious timeline given the ongoing legal battles taking place around PrivatBank, but it reflects the government’s view of nationalization as a short-term solution to the extraordinary challenges posed by the bank’s perilous position in 2016.

The government plans partial selloffs of Ukraine’s two other state-owned banks, Oschadbank and Ukreximbank. According to the updated government strategy unveiled early this year, by 2022 the state’s stake in Oschadbank will decrease from 100% to 55%, with an international financial institution set to acquire a 20% share and 25% of the bank scheduled for sale via IPO. Ukreximbank looks destined to emerge from the selloffs of the coming years with the largest share of state ownership still in place, with a stake of around 80% set to remain in government hands.

The past year saw a marked deceleration in the process of bank closures that has dominated the headlines since 2014. After three years of radical shakeups that saw the industry’s NBU regulator shut down banks in record numbers, only nine banks left the market in 2017. Meanwhile, banks with Russian capital operating in Ukraine spent much of the year seeking to sell up but were frustrated in their efforts to find buyers and secure a green light from the national industry regulator. A deal involving Latvia’s Norvik Bank for the sale of Sberbank’s Ukrainian subsidiary appeared to be in place in March, but Ukraine’s National Bank then rejected the transaction. Attempts to buy the Ukrainian bank by Belarus IT entrepreneur Vitkor Prokopenya also ran aground late in 2017.

It was a similar story for Prominvestbank, the Ukrainian subsidiary of Russia’s VEB. Ukrainians Maxim Mikitas and Pavel Fuchs emerged as potential buyers in 2017 and even applied to the Antimonopoly Committee, but the NBU did not approve this deal either. NBU officials said their negative assessments of these proposed sales were due to the failure of the candidates to comply with the requirements of Ukrainian legislation.

Meanwhile, Russia’s VTB Bank did not manage to attract any potential buyers at all. As a result, in late 2017 the bank’s shareholders announced a large-scale reduction of its business operations in Ukraine. In line with these plans, the bank aims to reduce its Ukrainian presence to just one or two representative offices in Kyiv by midsummer 2018.

Banks operating in Ukraine will face a number of challenges in the second half of 2018 as the NBU’s cleanup of the sector moves to the next stage and focuses on improving the performance potential and credibility of the Ukrainian banking industry. This process will include the ongoing transition to the new standards of IFRS 9 reporting. Market participants have repeatedly stated that this innovation will significantly affect their work. For example, some banks will have to form additional reserves to cover future risks, which may lead to non-compliance with NBU regulations. In recognition of this, the NBU has agreed to establish a transition period for adaptation lasting until 30 June. The end goal, according to NBU officials, is to oblige banks to develop more viable and sustainable business models.

Other innovations such as the introduction of new LCR (Liquidity Coverage Ratio) regulations aim to strengthen the Ukrainian banking system’s immunity to the shocks of potential future financial crises. This move will bring Ukrainian banks closer to the norms of existing EU legislation governing the banking sector.

About the author: Viktoria Rudenko is the director of the “Top 50 Banks in Ukraine” project