UKRAINIAN ENERGY SECTOR: the quest for greater efficiency and independence 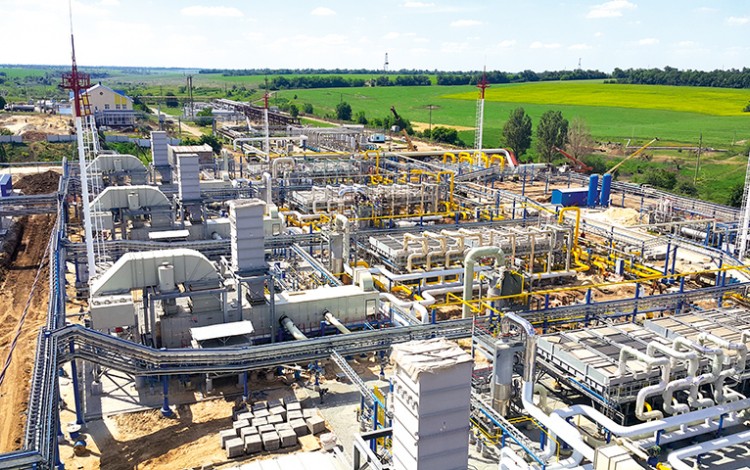 Ukraine’s domestic energy production industry is one of the most strategically crucial sectors of the national economy. The country needs to attract major international players to participate in the production process in order to meet energy independence targets of Ukraine. Swedish oil and gas company Misen Energy AB (publ) is one of a number of international companies currently active in the Ukrainian energy sector, focusing on the introduction of new technologies designed to increase existing production volumes and tap into hard-to-reach energy reserves.

Misen, which trades on Nasdaq Stockholm First North, entered the Ukrainian market in 2011, operating via a Joint Activity Agreement (JAA) between its subsidiary Misen Enterprises AB, its Ukrainian subsidiary LLC Karpatygaz, and Ukrainian state-owned company Ukrgasvydobuvannya. Misen’s officials define company strategic goal in Ukraine as development of the country’s existing oil and gas fields at the final stage of development, with an emphasis on the significant increase of hydrocarbons production by implementing large-scale investment programmes. In practice, this means providing technologies and know-how to produce more from depleted, underperforming or uneconomical resources, while also improving obsolete infrastructure.

The company currently employs over 200 people at a number of sites located across Ukraine, with a focus on Lviv, Kharkiv and Poltava regions. Business Ukraine magazine spoke to the Chairman of the Board of Directors of Misen Energy, Dr. Andrius Smaliukas, about the prospects for Ukrainian energy sector, and asked what needs to be done in order to achieve the long-term goal of complete energy independence.

What attracted Misen to enter the Ukrainian energy sector?

The company already had some experience of operating in the Ukrainian oil and gas sector dating from the mid-2000s, when it participated in a relatively small-scale project in Ivano-Frankivsk region. Due to a number of technical reasons, this initial foray into the Ukrainian energy sector was not as successful as has initially been anticipated. Nevertheless, the experience demonstrated that the sector was potentially very promising if approached with solid corporate management and the deployment of leading technologies. In 2010, we were presented with the opportunity to participate in a joint project together with state-owned company Ukrasvydobuvannya focusing on the recovery of inactive and low-yield fields. As a result, the Swedish company returned to the Ukrainian energy market. To be honest, at the beginning of this project in 2011, very few people had much faith in its success. It was little more than a startup. According to the terms of the Joint Activity Agreement signed with Ukragasvydobuvannya, the Swedish partner was to utilize Western technologies to recover several dozen wells. At that time, many of these wells where not merely abandoned, but had effectively been liquidated. So far, we have managed to bring more than 60 wells back to life and have achieved increased output.

You are currently most active in Lviv, Poltava and Kharkiv Oblasts - why did you choose to focus on these three regions?

The main task of our project is to recover 110 low-yield, abandoned or inactive wells. Lviv, Kharkiv and Poltava regions are traditional gas-producing regions of Ukraine and home to the largest concentration of fields at their final stage of development. These are the regions most in need of technological and financial resources in order to increase levels of natural gas production. So far, we have worked over 67 wells, including recovery of 5 liquidated wells and sidetrack drilling in 5 wells; drilled 4 new appraisal-development wells at Letnianske field (Lviv region) and constructed 11 hydrocarbons commercial metering units. Since 2011, the JA has produced 2.2 billion cubic meters (BCM) of natural gas, nearly 180 kton of liquid hydrocarbons (gas condensate, oil, LPG) and paid taxes totaling UAH 5.7 billion to all levels of the budget.

Which areas of Ukraine’s energy production industry offer the most scope for improved efficiency?

Ukrainian trends are moving in a similar direction to those witnessed throughout the global oil and gas industry as a whole. Excluding the areas where we are not active, such as shale gas and offshore gas production, the most promising areas are recovery of low-debit or inactive wells, as well as deep drilling at depths of 5 thousand meters and more. Technologies are improving every year, providing new opportunities for production at fields that where viewed just a few years ago as unpromising. In this sense, Ukraine is in line with recent global experience. For example, in the US increases of up to 30% in annual oil and gas production have proved possible thanks to the recovery of inactive well stock. In Ukraine, the figure could be even higher. The same dynamic can be identified in terms of booster compressor stations (BCS) which facilitate production from reserves with low pressure. Out of 12 BCSs planned to be constructed (aggregated capacity 103,5 MW) our company has already commissioned three BCSs and in the near future we plan to commission the largest BSC in Ukraine, the Khrestyshche BCS, which will ensure compression of 4 BCM of gas (near 20% of all domestic production in Ukraine). This project is a source of great corporate pride. At these BCSs we used equipment and technologies from the US, Canada, Argentina and Europe, including equipment from the Solar Turbines wing of global giant Caterpillar Group.

Based on your experience of the Ukrainian energy sector, how much more energy could be produced domestically via greater efficiency and without exploiting untapped resources?

Historically speaking, Ukraine achieved peak domestic gas production of 70 BCM at the beginning of the 1970s. Although it is widely seen as impossible to return to this level, expert analysis has shown that if transparent conditions are established for greater foreign investment in the Ukrainian gas sector, production levels could reach 30 BCM by 2025. If combined with greater implementation of energy efficiency technologies and a decrease in domestic gas consumption, this could be sufficient to guarantee gas energy independence for the country. However, for this to happen, the sector must become attractive to investors. The current rules and legal environment are not fully facilitating this.

Greater energy independence is one of Ukraine’s key long-term objectives, yet many foreign investors involved in the energy sector have complained that the government has not done enough to encourage international investment in the sector. How would you characterize your interaction with Ukrainian state bodies and government officials?

This is a very sensitive subject. When we started this project in Ukraine the only available legal option for cooperation with Ukrgasvydobuvanny was a Joint Activity Agreement (JAA), which is a very specific Ukrainian instrument. After the new government came to power, besides raising subsoil charges to an unthinkable 55% for private gas producers, a discriminative tax approach also targeted JAAs, which effectively deprived our business of its economic logic. While there is an awareness of the absurdity of this situation within the new generation of middle-rank state officials and among a significant portion of MPs, at the very top of government there appears to be an impenetrable wall. We appreciate that senior state officials are responsible for directing as much revenue as possible to the state budget. However, it seems that this is being done via the practical destruction of an entire industry. As a result, global energy industry giants like Chevron are leaving Ukraine. These actions by the Ukrainian government could be regarded as a breach of the Ukrainian–Swedish Bilateral Investment Treaty and Energy Charter Treaty. Nevertheless, I still believe that the Ukrainian government will remedy the situation, especially taking into account the contribution Misen makes towards the goal of Ukrainian gas independence.

What steps could the Ukrainian government take to make the country’s energy market more attractive to international investors?

The extremely high rates of subsoil charges introduced by the Ukrainian government would only be reasonable if Ukraine was exporting oil and gas like Norway. As Ukraine is currently a net importer of gas, it should reduce these rates as much as possible, at least to the level of Poland or Romania, in order to attract foreign investors. In the present situation, when there is high demand for foreign investors, we are unable to see the logic behind the actions of Ukrainian government, which, despite all the current geopolitical issues it faces, has managed to create yet another barrier for potential international investors.

How has the heightened instability over the past eighteen months of revolution and armed conflict impacted on your business?

Inevitably, recent events in Ukraine have affected us in both indirect and direct ways. For example, one of our BCS is located in territory not currently controlled by the Ukrainian government. We have also encountered difficulties engaging with Western financial markets, as many Western financial experts currently regard Ukraine as high risk. The fact that much of Ukraine’s industrial potential is located in the conflict zone is also a crucial factor. Nevertheless, the most important challenge remains the discriminatory actions of the Ukrainian government, particularly in terms of the 70% subsoil charge.

What are your plans for further Misen involvement in the Ukrainian energy sector?

Misen has already invested over UAH 3.5 billion into Ukraine’s oil and gas sector. We are now focused on continuing our work while seeking resolution to the problems currently facing the industry. I would like to stress that we continue to believe in this country, which just over one year ago has chosen the path of democracy and European values. In terms of our future plans, our priority is to complete all the projects foreseen in the JAA with Ukrgasvydobuvannya and to prove that increasing gas recovery in energy fields at the final stage of development is one of the keys to the stabilization and increase of domestic production of hydrocarbons in Ukraine. Unfortunately, execution of our programme is being jeopardized by unreasonably high subsoil charges. Nevertheless, we believe in the prudence and wisdom of Ukrainian state officials and are confident they will do everything in their power to remedy the situation in order to achieve the ultimate goal of Ukrainian energy efficiency and independence.

About the interviewee: Dr. Andrius Smaliukas is Chairman of the Board of Directors of Misen Energy. He has completed studies at a range of institutions including Vilnius University, London University, Cambridge University and Harvard Law School. He is a Dispute Resolution Partner at pan-Baltic law firm Ellex.