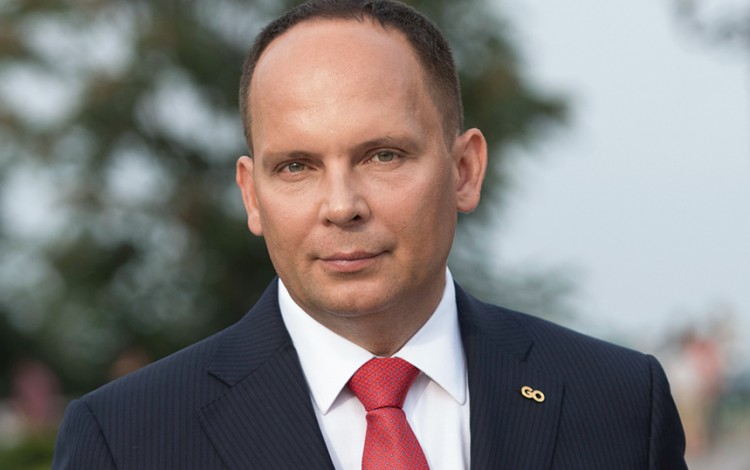 Ukraine is conveniently located on a number of global trade routes and has huge but as-yet not fully exploited potential as a transit hub. In order to unleash this potential in its entirety, Ukraine’s infrastructure requires a significant upgrade that will only be possible with the involvement of private investment.

With this in mind, the Ukrainian authorities have recently launched a number of amendments and legislative initiatives designed to make investing in the country’s envisioned infrastructure upgrade a more attractive proposition. When taken together with Ukraine’s advantageous geographical location, these changes pave the way for what promises to be a new decade of unprecedented opportunities for international infrastructure investors and developers.

Ukraine continues to take gradual but consistent steps towards the creation of a more investor-friendly business climate as part of efforts to facilitate infrastructure development. In recent years, the country has approved the “Drive Ukraine 2030” national transport strategy, which serves as a blueprint for Ukraine’s ambitious infrastructure upgrade. Meanwhile, implementation of the EU Association Agreement continues, a new approach to the administration of the country’s seaports has been established, and there has been significant reform of Ukraine’s privatization and concession mechanisms.

In the second half of 2019, the Ukrainian parliament adopted a new law on concessions which significantly improved the framework for public-private partnerships (PPPs). This law is widely seen as investor-friendly and creates a framework for greater strategic investor involvement in Ukraine’s key infrastructure sectors. The new law has introduced a transparent procedure for selecting concessionaires that is consistent with international practices, while also creating the possibility of attracting advisers and independent experts to elaborate PPP projects in the form of concessions. The law also clearly states that concession agreements can be governed by foreign laws, and provides an extended list of possible dispute resolution options including mediation, non-binding expert assessment,  and national or international commercial or investment arbitration.

Following the adoption of this legislation, Ukraine has already demonstrated the country’s first concession success stories. In recent months, concessionaires were selected for Kherson Seaport and Olvia Seaport via a transparent public bidding process. The Ukrainian authorities have subsequently announced further concession opportunities focusing on the country’s railway stations and airports. This new regulatory framework is expected to provide a considerable boost to Ukraine’s infrastructure portfolio. By providing profitable opportunities for developers, it is hoped that it will attract billions in investments.

The range of infrastructure opportunities in today’s Ukraine is extensive. There is currently a pressing need for development in every sphere of the country’s infrastructure portfolio including sea and river ports along with aviation, rail, and road transportation. In terms of opportunities for developers, special attention should be paid to the road sector. Ukraine has an estimated road network totaling in excess of 170,000km. Despite some progress in recent years, the vast majority of these roadways remain in poor condition. The government-approved “Drive Ukraine 2030” national transport strategy envisages investments of USD 60 billion in the development of Ukraine’s road infrastructure, making this a potentially attractive area for international developers. There are currently numerous projects related to Ukrainian road construction and information is publicly available.

Thanks to public procurement reforms carried out in 2016, the majority of public tenders in Ukraine are now open to a broad range of potential contractors. This includes individual entrepreneurs as well as both local and foreign companies. Furthermore, starting in April 2020, legislative changes will open up the possibility for consortium participation in tenders, paving the way for groups of companies to enter the process.

While the legislative framework for participation in Ukraine’s infrastructure upgrade is becoming more investor-friendly, it is worth noting that foreign bidders may still face some obstacles when entering tenders, especially with regard to construction projects. Tender documentation may contain specific requirements for bidders such as the availability of equipment and employees with the relevant qualifications, while companies may also be asked to demonstrate relevant experience. In some cases, potential contractors may require licenses that are not available to non-residents of Ukraine.

In order to participate in Ukrainian infrastructure development projects and meet the terms set out in tenders, it is suggested to foreign businesses to consider establishing a legal presence in Ukraine beforehand. This can be achieved by establishing a subsidiary company, a representative office in the country, or by creating a joint venture together with local partners.

These challenges should not be overestimated. In general, it can be said with some confidence that there is considerable space for many more players to enter the dynamic and rapidly evolving Ukrainian infrastructure market. Furthermore, changes to the Ukrainian legislative framework and government commitments to improve the infrastructure sector mean that now is the ideal time for action.