UKRAINIAN IT SECTOR REVIEW: REVENUES EXPECTED TO REACH $5 BILLION IN 2019 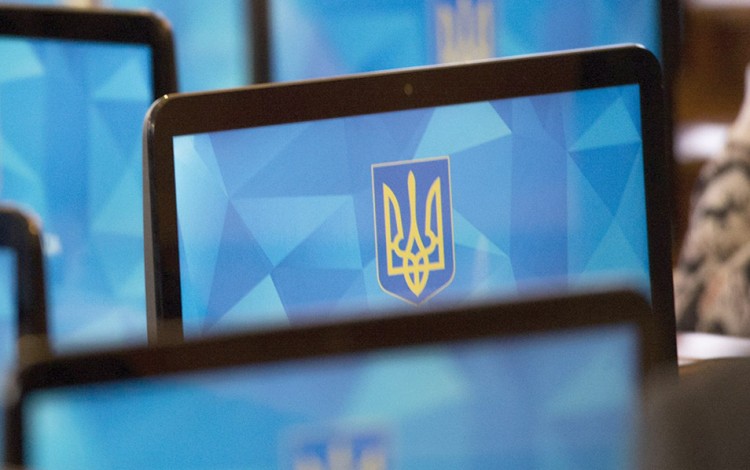 Ukraine’s IT industry generated revenues of around USD 4.5 billion in 2018 and this figure is expected to rise to USD 5 billion by the end of the current year
Business Ukraine magazine

A comprehensive new report into the Ukrainian IT industry produced by tech service provider N-iX has predicted a rise in annual industry revenues to a new high of USD 5 billion during the current year, representing almost double the total reached four years ago in 2015. The report, which draws on data from a range of domestic and international sources including the IT Ukraine Association, the World Bank, Bloomberg and PwC, anticipates the number of Ukrainian IT professionals reaching 200,000 by the end of the current year, with approximately 4,000 IT companies operating in the country. Based on the report’s findings, the IT industry currently accounts for 20% of Ukraine’s overall service sector exports.

This timely report underlines the status of Ukraine’s IT industry as one of the engines of the national economy. Over the past decade, successive years of rapid growth have made the Ukrainian IT sector one of the country’s primary service exporters. At the same time, this growth has created an entirely new class of IT professionals whose relatively high salaries, international mindset and enthusiastic embrace of gadgetry have made their mark on the business culture of towns and cities across the country. This overview aims to provide readers with insights into the current dynamics of an industry that will play a leading role in the future direction of the Ukrainian economy as a whole.

IT: Career of Choice for Young Ukrainians

There is no mystery surrounding the appeal of careers in the Ukrainian IT sector. While the national average monthly wage is currently approximately USD 400, the figure for the IT industry is over five times higher. This huge gap is more than enough to attract both young university graduates and professionals with years of experience in unrelated spheres. An additional attraction is the lack of instability due to a reliance on foreign customers. The vast majority of IT companies operating in Ukraine work almost exclusively with international clients, most of whom are located in Europe and North America. This makes the IT industry relatively immune to the frequent fluctuations of the Ukrainian business environment. Added to this is the promise of foreign currency earnings, which removes the anxieties of a salary fixed in the Ukrainian hryvnia currency. While the sharp devaluations of 2014 and 2015 impoverished tens of millions of Ukrainians, those working in the IT sector found themselves insulated against the drama of the drop.

While location, cost, and cultural proximity are all factors, Ukraine owes its status as one of the world’s fastest-growing IT industries primarily to the country’s human resources talent. A large percentage of Ukraine’s institutes of higher education have engineering faculties and offer advanced STEM programs, while many of the biggest Ukrainian IT companies work with universities to develop new programs tailored to produce exactly the kind of future IT graduate the industry requires. Additionally, numerous specific IT training schools have sprung up across the country over the past decade in order to meet demand among those who wish to requalify and switch careers.

Meanwhile, Ukrainian Prime Minister Oleksiy Honcharuk has recently unveiled plans to launch a national IT Creative Fund in order to help the country keep pace with its rapidly expanding innovation economy. The Ukrainian IT industry is currently growing at a rate of approximately 30,000 specialist workplaces per year, whereas the country’s universities and institutes of higher education are only producing around 16,000 graduates with the necessary skills to fill these vacancies. The envisaged Fund will address this shortfall by creating new campuses and courses for IT specialists while also financing scholarships and providing grants for young scientists. Funding will come via a special duty levied on IT companies that will rise from 1% in 2020 to 5% in 2024.

This conveyer belt of IT talent is helping Ukraine’s tech sector maintain its robust expansion despite the challenges of robust year-on-year growth over an extended period. It is also earning the country a global reputation for excellence along with a string of international awards. Ukraine features in the top 20 of the latest annual Global Services Location Index, and was GSA’s Offshore Destination of the Year. More and more Ukrainian IT companies appear in the Global Outsourcing 100 by IAOP and the Software 500. This rising international profile is also visible in the increasingly regular feature articles and industry profiles appearing in the business media.

The Ukrainian Economy’s IT Engine

The Ukrainian IT sector’s stats clearly reflect its rapid expansion and growing importance. IT companies currently account for 20% of all Ukrainian service exports. The sector is growing an annual rate of 26%, with approximately 4000 IT companies active in the country. Today’s Ukraine is currently home to over 100 international research and development centers and counting, while there are an estimated 2000 startup companies. Nevertheless, IT outsourcing providers constitute the largest share of the Ukrainian IT service market, employing around 60% of Ukraine’s entire IT engineer workforce. These outsourcing companies overwhelmingly focus on European and North American clients. The list of individual companies outsourcing their software development needs to Ukraine ranges from startups to global corporations including the likes of Cisco and IBM. Ukrainian software developers specialize in a wide range of programming languages, technologies and tools. According to HackerRank, Ukraine occupies eleventh place among the world’s top fifty countries for software developers, while TopCoder ranks Ukraine sixth in terms of programmers.

Three cities stand out on the Ukrainian IT industry map. Kyiv, Kharkiv and Lviv are collectively home to around two-thirds, or 67%, of the country’s IT professionals. This is hardly surprising. Kyiv’s approximately 68,000 IT sector workers represent around 37% of the country total and reflect the Ukrainian capital’s dominant position within the national economy. All of Ukraine’s largest IT companies maintain development centers in Kyiv, while the city hosts more than 50 international R&D offices for the likes of Samsung, Huawei, and Ericsson. Ukrainian startup success stories such as Grammarly and Petcube also have flagship offices in Kyiv.

Kharkiv is in second place with just over 23,000 IT professionals. This makes sense, especially given the city’s size, its reputation as a center of learning, and its historic associations with technical disciplines. Likewise, third-placed Lviv also has a long tradition as a student city, while its location close to the EU border and cozy tourist atmosphere are added advantages for European clients.

Perhaps the biggest surprise is the total for Odesa of just under 10,000 IT professionals, representing less than half the figure for Lviv. Given Odesa’s reputation for economic innovation, many would expect the city to rank even higher among Ukraine’s IT hubs. It may the case that Odesa’s tech sector is simply more focused on the entrepreneurial environment of startups than on the more staid world of outsourcing contracts.